Installing a switch to force the backlight to be always on

According to the NCE documentation, the backlight is supposed to come on for about 3 seconds when using certain keys, and it can be extended by 10 seconds by hitting the enter key.

In reality it's only 3 seconds extension, and many keys don't make the backlight come on at all. It's really a pain when running in the dark or dusk. NCE's position has been consistent to keep battery life to maximum, but I don't care if I replace batteries twice as often.

I use the "standard" NCE DCC system, track power, and my wireless ProCabs communicate with wireless base stations which connect to the command station.

NCE also makes a "GardenWire" system using the same housing, but it emulates the AirWire throttle, by communicating directly with a decoder in the locomotive.

First, I will describe the procedure to put in an "override" switch in the ProCab, where using the switch will force the backlight to be on, but the original "timed" mode is still available.

Mark Schutzer has a great site http://markschutzer.com/index.htm where he has a number of tips on NCE equipment. This modification comes from a variation on his modification for a GardenWire throttle.

Basically there is a transistor that turns on the back light. His modification turns the transistor on all the time, and then adds a switch in the output of the transistor to interrupt the (now constant) current to the backlight.

Below is the circuit diagram: 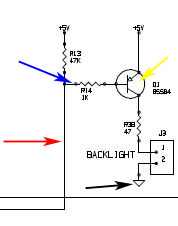 The picture below correlate the colored arrows with the circuit above (this is an early version board):

Below is a newer throttle, with a slightly different board, but the wires will go in the same places:

I was wanting my "original" mode and an "always on" mode, so asked Mark about the output characteristics of the microprocessor. Unfortunately it's not a simple open collector output, but the PIC processor drives it's outputs both high and low, so an additional resistor is required.

First I looked over the throttle for some room to place a switch. There's not a lot, but I found a little space and a very tiny toggle switch, pictured below: 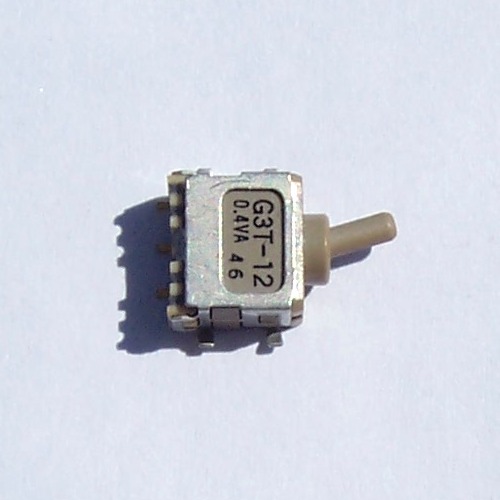 I found a spot for the switch to come out on the front panel, it's on the right side. The picture below shows where it will go: 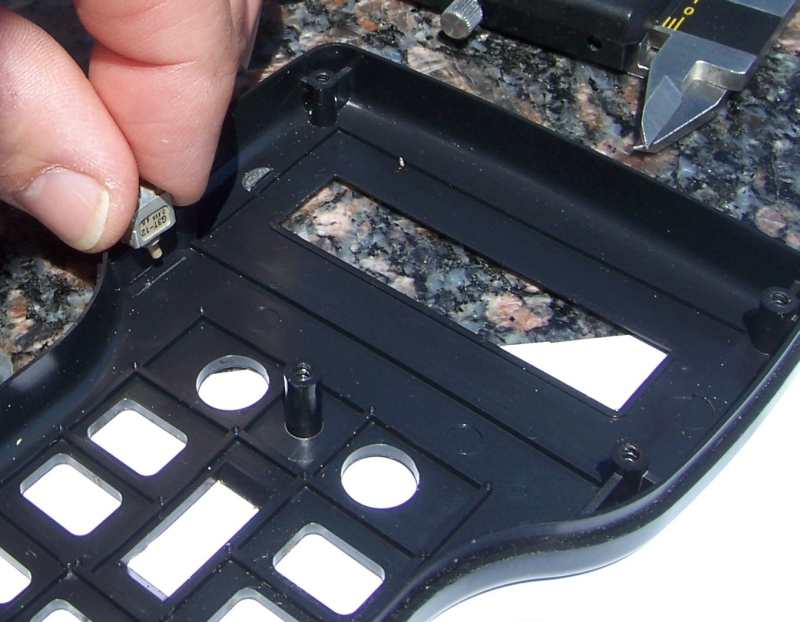 The picture above shows the scribed line from the next steps and I marked on the line where the center of the hole will be.

I first measured the centerline of the switch in relation to it's back, I did this by laying the switch on it's back and using the "depth gauge" part of a vernier caliper: (yes the picture sucks). The black square is the end of the caliper, you can see the depth gauge projecting below, part of the toggle switch is peeking out at the right. 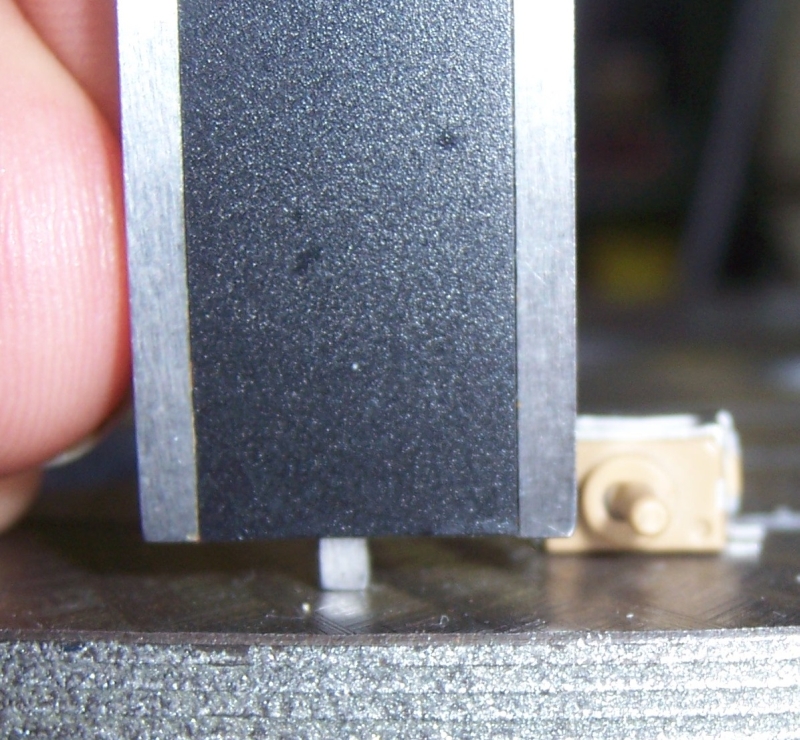 The switch is behind the caliper, I sighted down at table level.

Now that I have this measurement, which turned out to be exactly 0.1", I used the other end of the calipers to scribe a line from the back "wall" of my little nook for the switch: 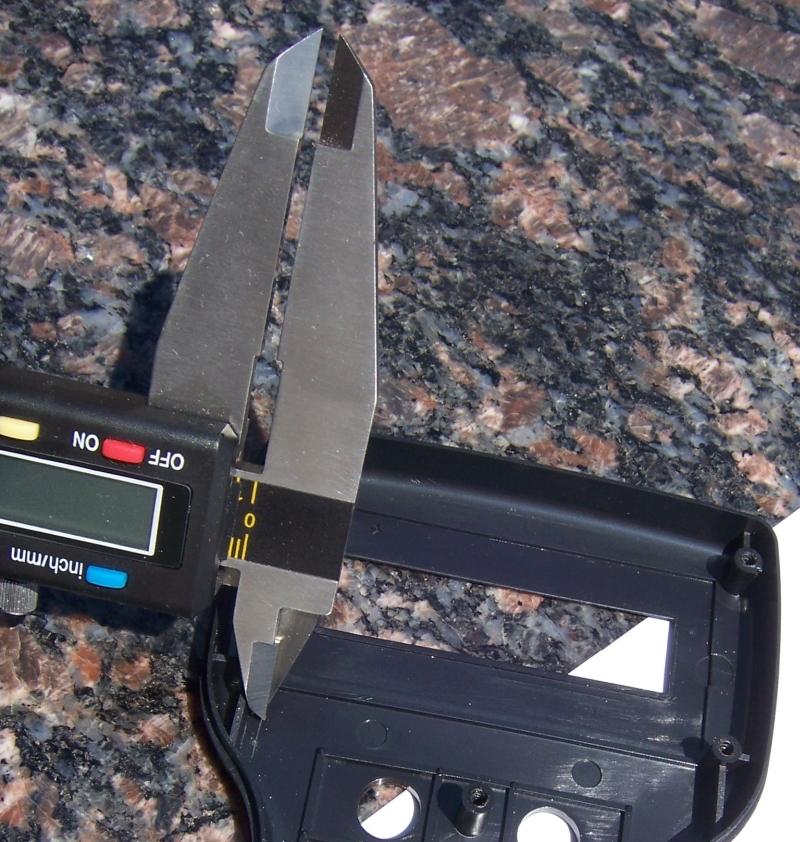 Now, I also marked a spot along that line where the center of the toggle was. I made a small hole, and then carefully test fit the switch, then enlarged the hole bit by bit with a needle file until the "collar" on the switch fit snugly into the hole: 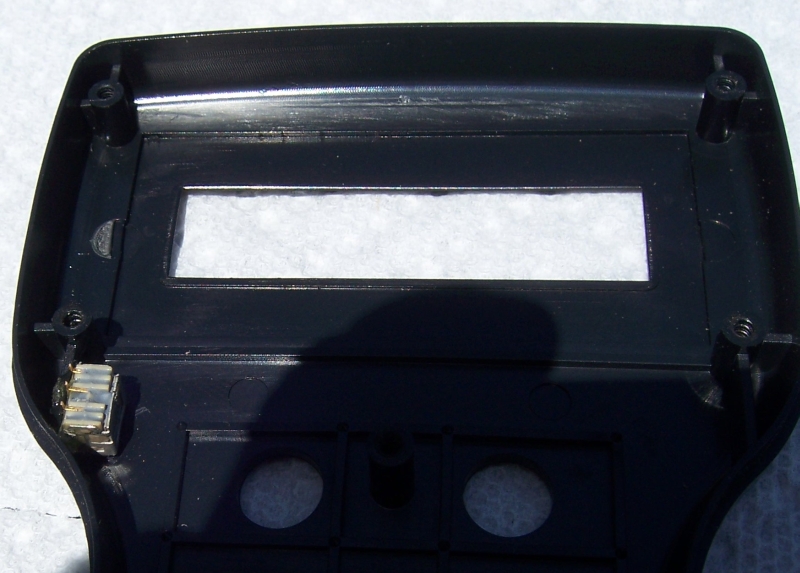 I epoxied the switch in place against the plastic wall. I have a pair of "needle nose" vise grips that allowed me to clamp while the glue cured.

Now to the wiring, use fine wire: 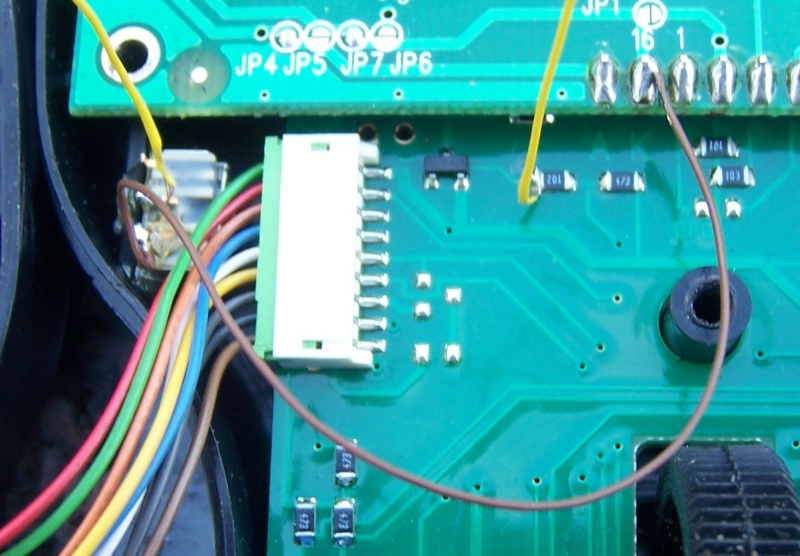 There is a 1k 1/4 watt resistor soldered in the yellow wire, just out of the picture. That's all the wiring there is. Remember use a fine wire, and a fine tip.

The result is inconspicuous, and easy to hit with your finger or thumb to operate: 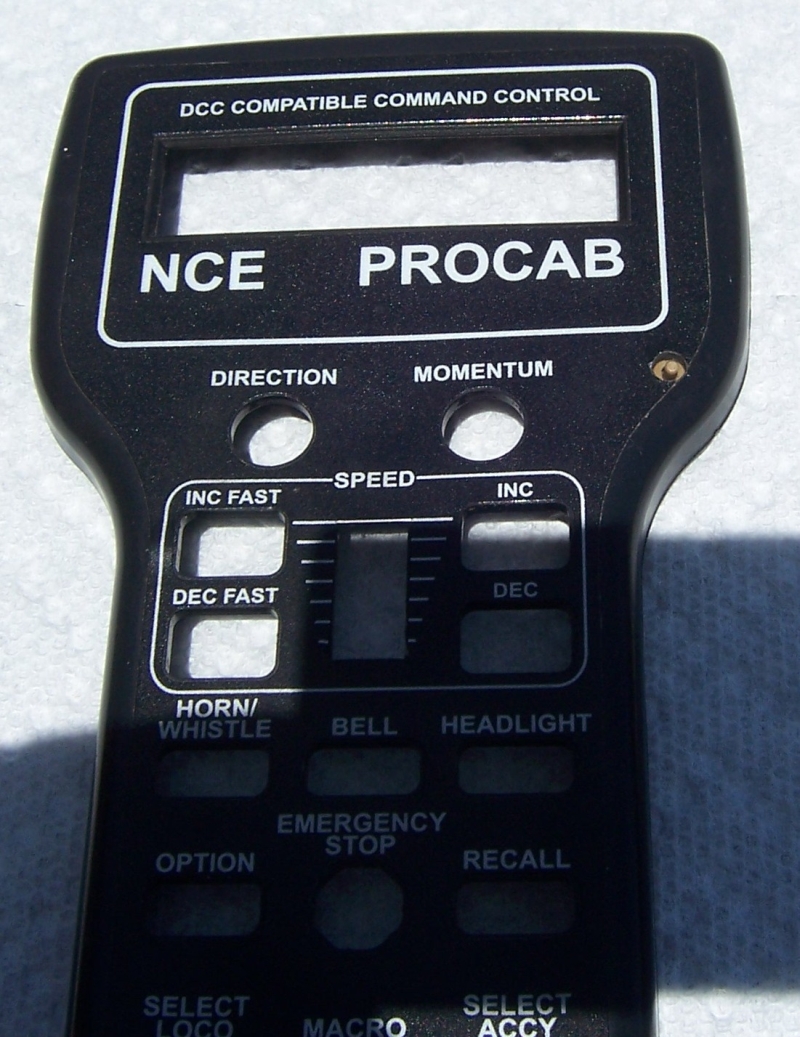 I may put a little black rubber grommet in the hole to further mask the switch.

A side view to show how much the switch projects, the picture is poor, I know.