Kadees for the E8

I run Kadees on all my cars, it's the only coupler with remote uncoupling (that works). I use the G scale couplers, but if you want to use the #1 couplers, these instructions will be similar, you just need to find the equivaqlent #1 coupler.

The Aristo couplers are held to a post with a single screw, and then have another spring loaded pivot point right at the knuckle. There is a small plastic "bridge" that straddles the coupler, and has a spring "whisker" that goes into the coupler to return the whole assembly to center.

For the rear coupler, I used a Kadee 787 coupler, and drilled a small hole in the round recess of the coupler and secured with a single screw. Watch the size of the screw, use one of the thin ones since you can split the post with one too thick. 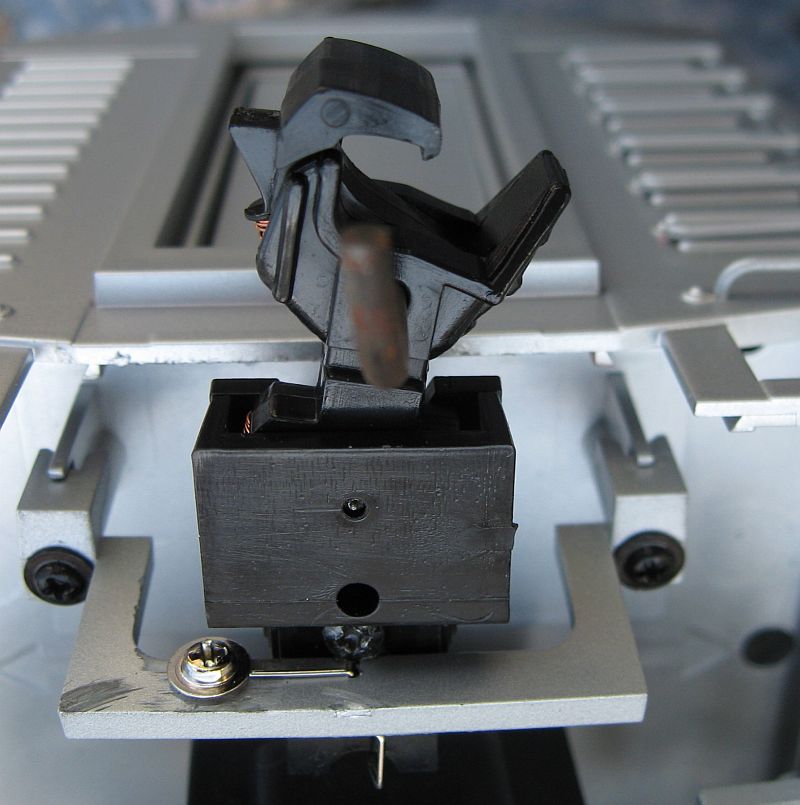 Here's a shot from the other side of the bridge: 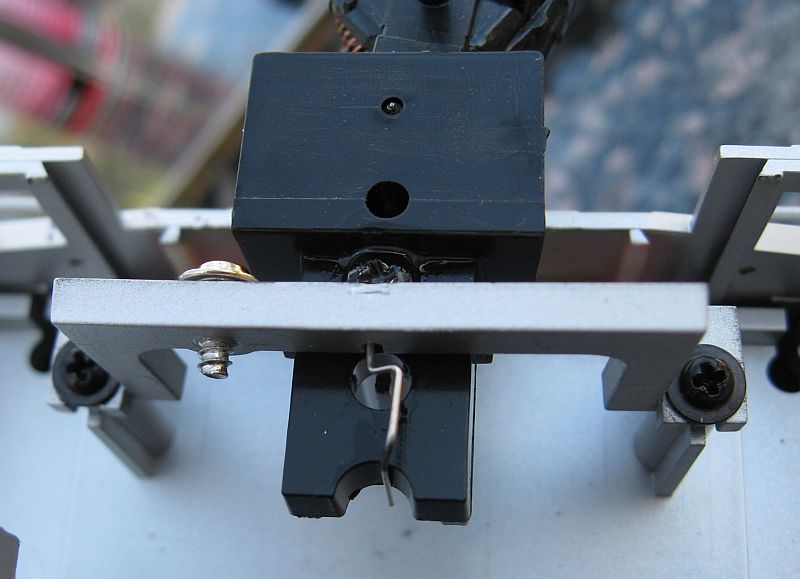 you can see the black screw head just above the "bridge". There is a circular recess in the other side of the draft gear box, and just drill your hole right in the center of this recess.

I'm experimenting with the plastic "bridge" that Aristo mounted over the stock coupler. I pulled the screw out, and put the spring and screw on the other side of the "bridge". Grind down the "boss" on that side to help keep the coupler body from hitting the screw. Then put a 90 degree bend in the spring so that it comes down into the "half moon" at the end of the coupler gearbox. So far it works, but I need to trim the corner of the draft gear box where it hits the screw head.

The cars couple very closely, 2 locos in typical back to back configuration just almost touch, I had to remove the diaphragm from one of the locos. It really looks good, and I have some S curves made with 10' diameter curves, so if you have sharper "S" curves, you might have to pivot the coupler farther from the knuckle.

I have a concern that the single post should be reinforced, so that may be a future project.

I found an easy way to fit a front Kadee. That was lucky for me, since I am running an "A-A" set.

Put a thin shim washer on the coupler post. Then put the 835 coupler in the 832 draft gear upside down. Put the little "hairpin" spring on the shank, and the little piece of plastic that retains the spring. Now mount with the original screw. You will need a larger diameter washer. You will probably need a very thin washer on the coupler post to get the height exactly right, and eliminate any excess clearance between the washer and the shank of the draft gear.

This came out just perfect on my E8. 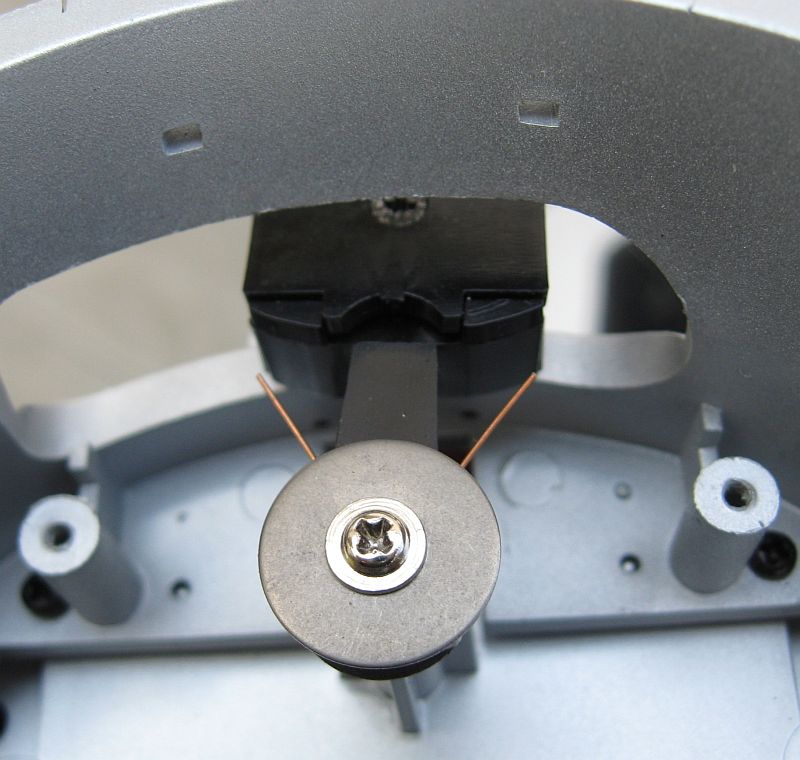 I'm going to experiment with the Aristo "bridge" again, and see if I can have it work with the little "whisker" springs you see (bronze color) and have them work against the bridge to center the coupler.  You can see I used the original screw, but used a larger washer. (The stock screw has a "built-in" washer. 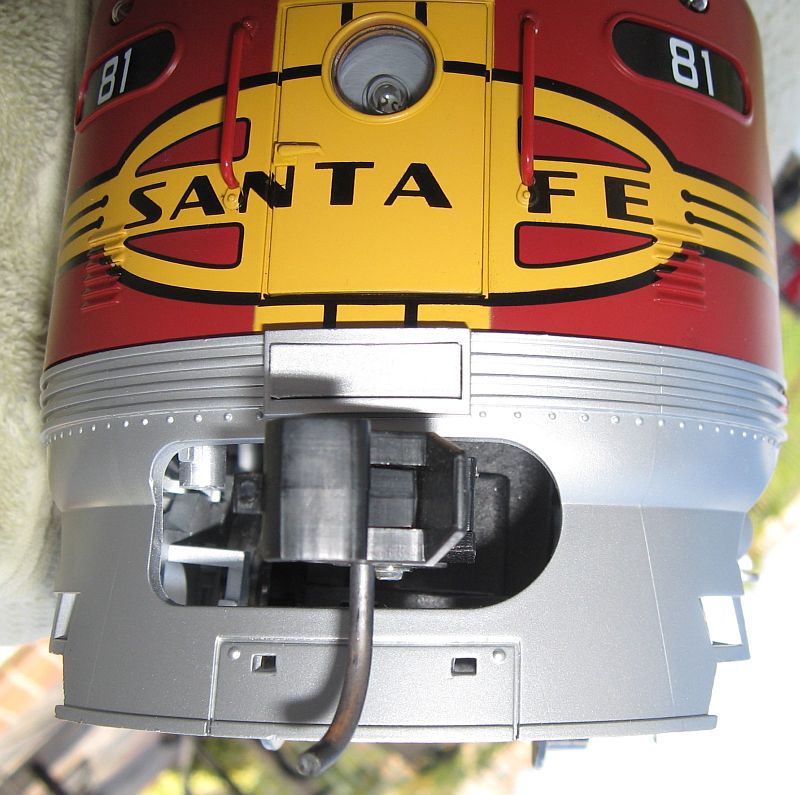 Surprise! No filing or modifications to the pilot, and it is a reasonably close coupling.