Lionel made some nicely detailed ore cars. In 2009 or so, USAT bought the molds, did a few tweaks and re-issued them under the USAT brand. All pictures here are courtesy of Pete "The Lizard" from the UK. Thanks Pete! 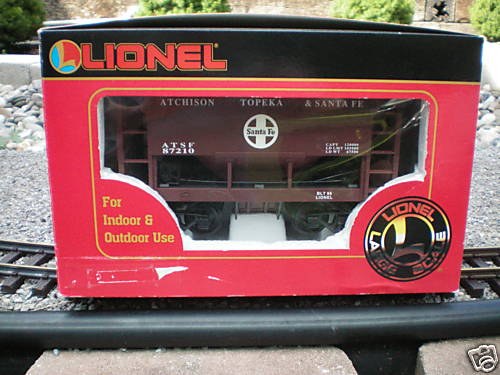 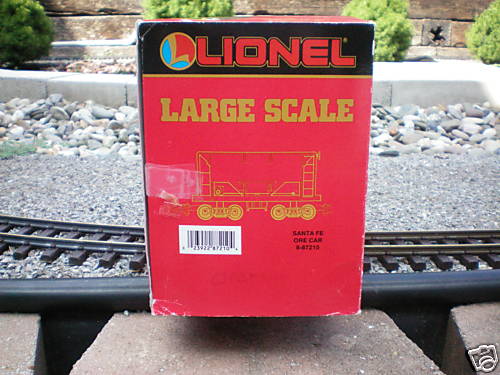 In the picture below, notice the location of the trucks in relation to the ends of the car, you will see that it's identical to the USAT cars.

In the picture below is the clincher that the USAT car is from the Lionel mold, the release lever and the pin for the doors. The pin is along the upper side of the car, the round shiny pin. 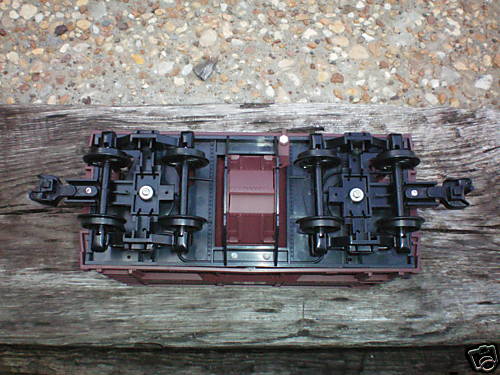 Pete modified his Lionel cars to sit lower at a more prototype height: 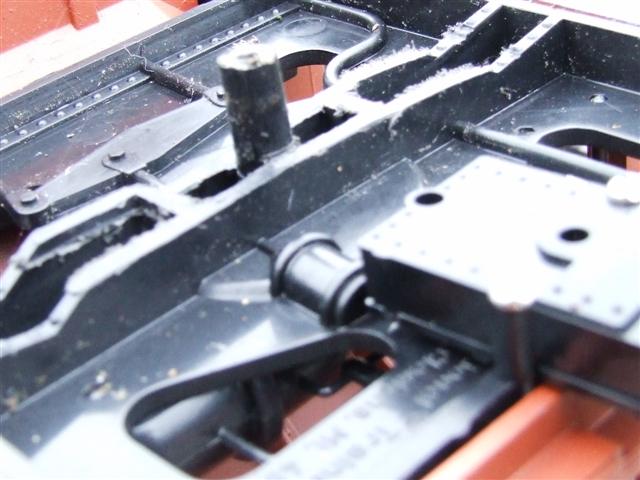 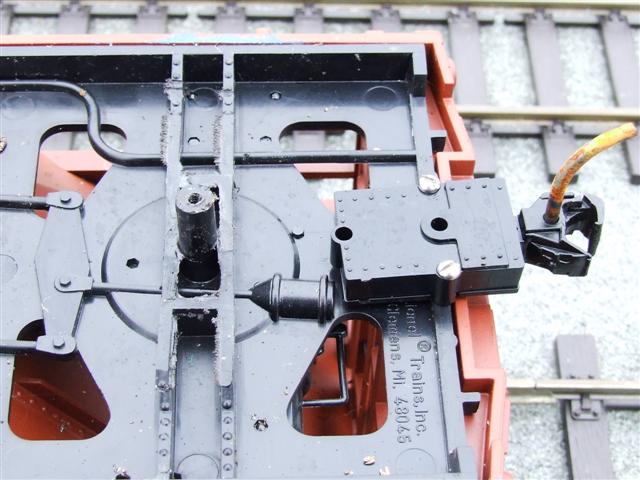 The result: (the Lionel is on the right, the left hand car is an LGB) Notice that the LGB has the proper relationship of the trucks and wheels to the end of the car: 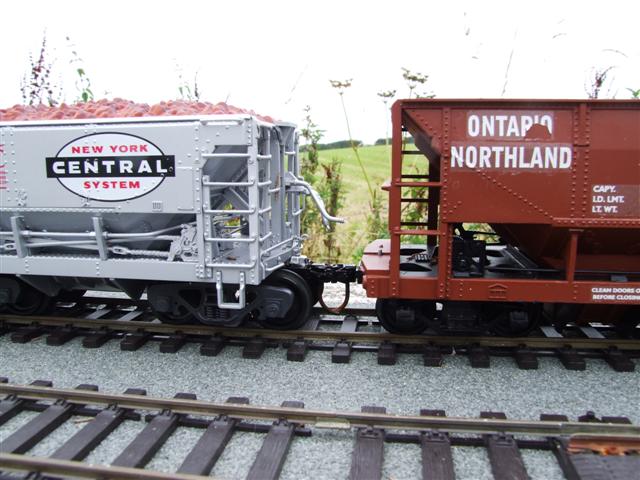 All in all, nice cars, but need lowering and the non-prototype mounting locations of the trucks made it so I did not pursue the Lionel or the USAT ore cars.