As I was designing my layout, I had worked out the small inner loop that circles the grassy area in the back yard.

For expansion, I had figured that the track needed to go around the outer edges of the property. So that took me along the back fence, and I figured out how to get the track up the east side to the planters.

But, I had never figured how to get  back down to ground level once I was up in the air on the north side of the property, I just knew it was a problem to be solved later, since the track did have to go in the planters.

Now the track is 21 inches in the air, and I tried to figure how to get it down. I had the idea of a helix to bring it down, but if you read that part, you see that it was really unworkable, being very limiting of train length and loco and car length.

I was stumped. Kept thinking about it, but stumped.

Then, after the Phoenix convention, my friend R.J. DeBerg was visiting, and 5 minutes after looking at this area he came up with a solution that escaped me for several years. That is why this loop is dedicated to him. Sometimes it pays to have friends who worked for the railroads!

So, at the west end of the layout, the elevated track needs to turn 180 degrees to double back, and start the steep downgrade. The picture below show the beginning of the 180 degree hairpin that starts at the end of the passing siding. You will note the switch and track toing straight into the wall, there will be a hole for future expansion of the main line.

Below shows the mockup of the curve and curving around to go behind the shed. Note the gate, another problem to be solved. 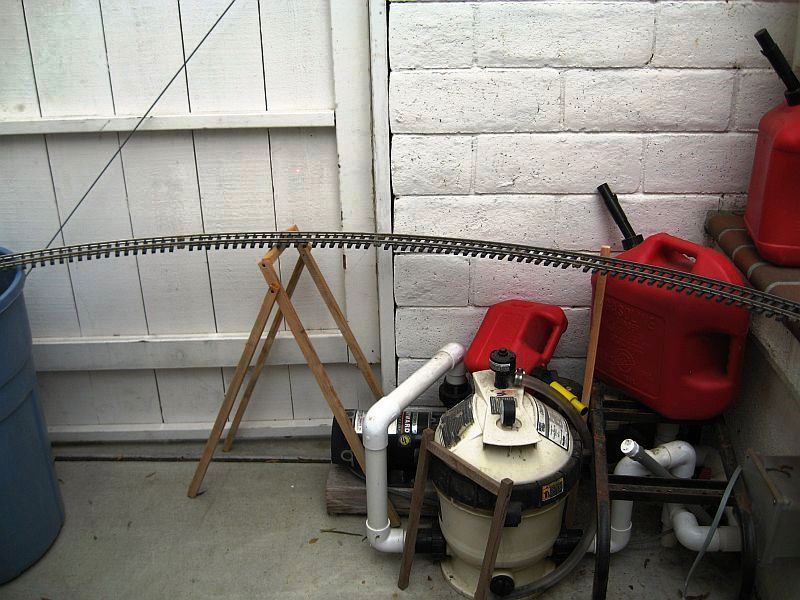 Continuing past the end of the shed. Track is all level until past the curve. 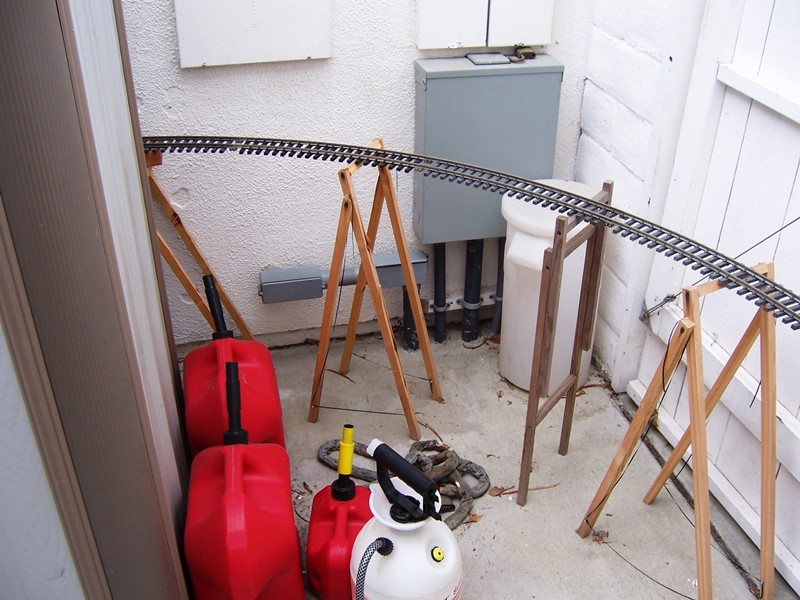 Here is a picture of a trestle given to me by Mark & Susan Lovelace, from our G scale club, unfortunately they are moving and leaving San Diego. It's 31" high and I believe I can modify it to fit the space: (it's not in the final location) 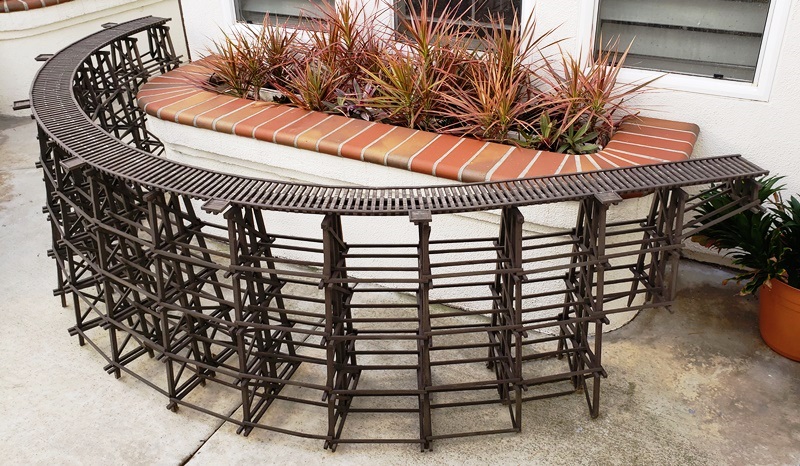