Note: many of the pictures of the train are courtesy of Jack Snell: https://www.flickr.com/photos/jacksnell707/

Also several of the pictures are from Railpictures.net and the credit is on the picture itself.

The rail line was build in 1864 by San Francisco's first millionaire, Samuel Brannan, to transport visitors to his spa resort of Calistoga. 42 miles of track ran from Calistoga to Vallejo, where it connected to the San Francisco Bay Area ferry boat service. There were many changes over the years, culminating in the NVRR company in 1987, purchasing the right of way from the current owner, Southern Pacific.

Right now just 5 cars. I have the FA units lowered. The cars are all the older style aristo trucks, and are all body mounts. I did some modifications to the trucks as an experiment to try to handle my nasty S curves, which reduced some friction, but could not overcome the poor layout geometry. The S curves have been eliminated. 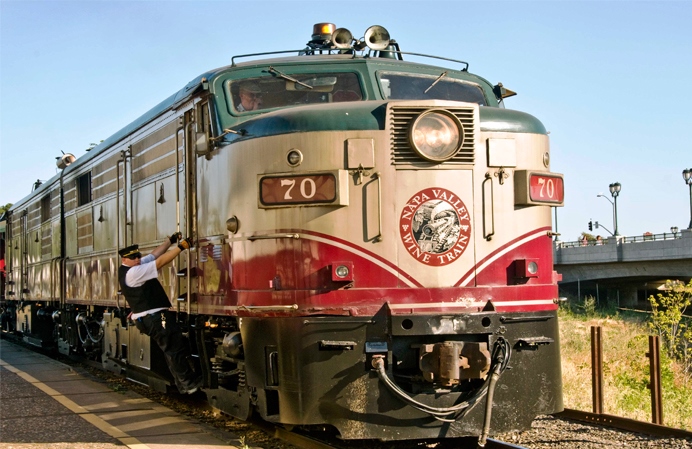 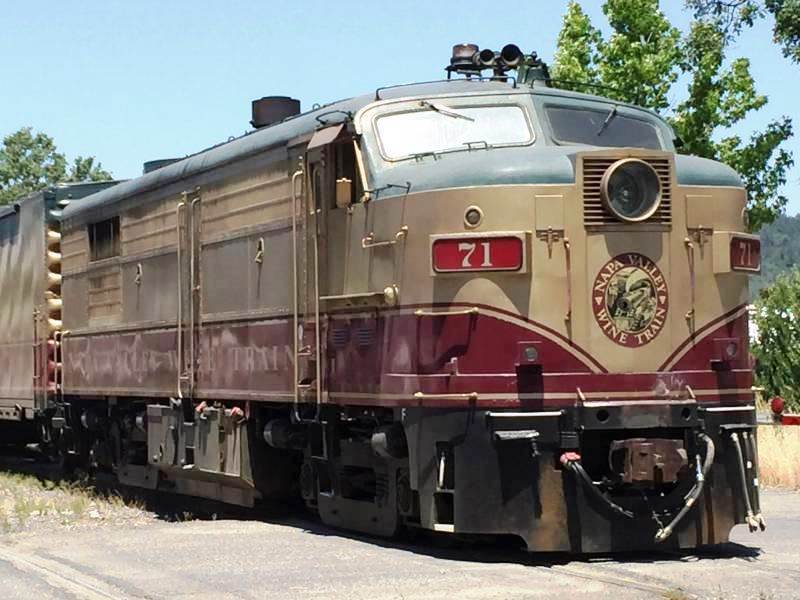 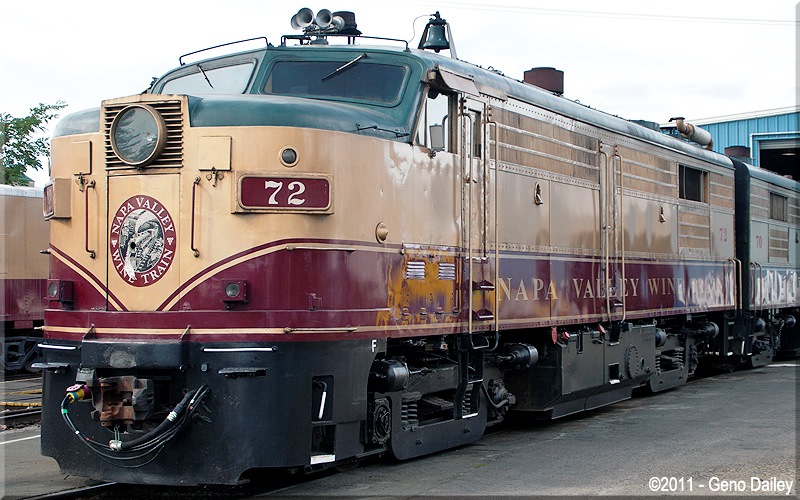 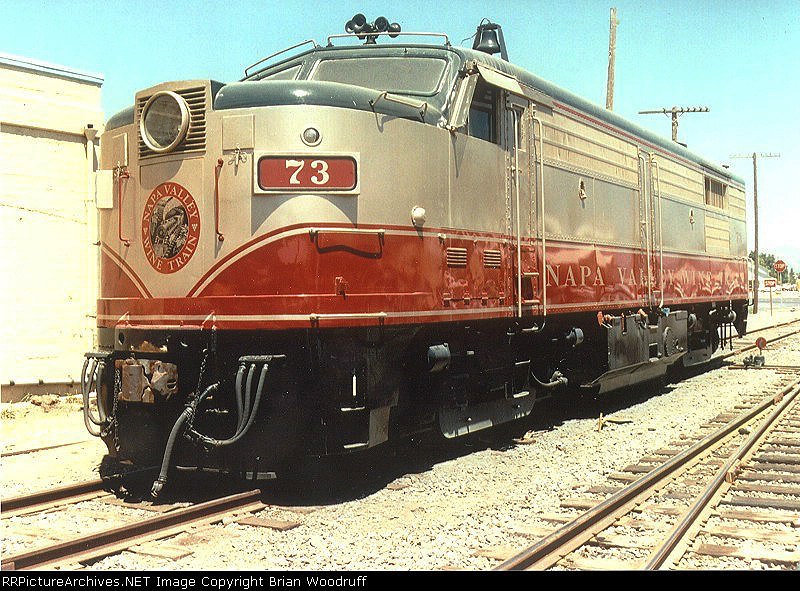 Start with Aristo NVR Observation, available in NVR decoration. I have #1011 with Cabernet Sauvignon 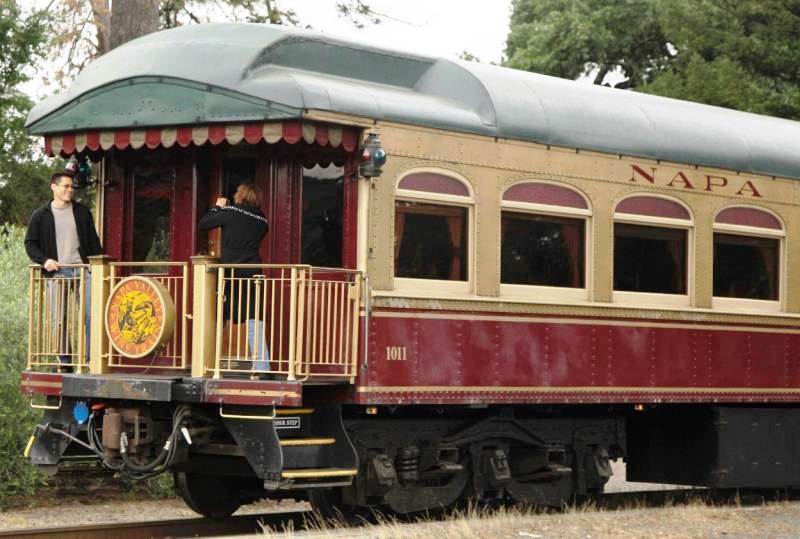 Has a bar in it

Start with Aristo NVR Observation, available in NVR decoration, need to obtain, also not sure if it is available with proper number and name 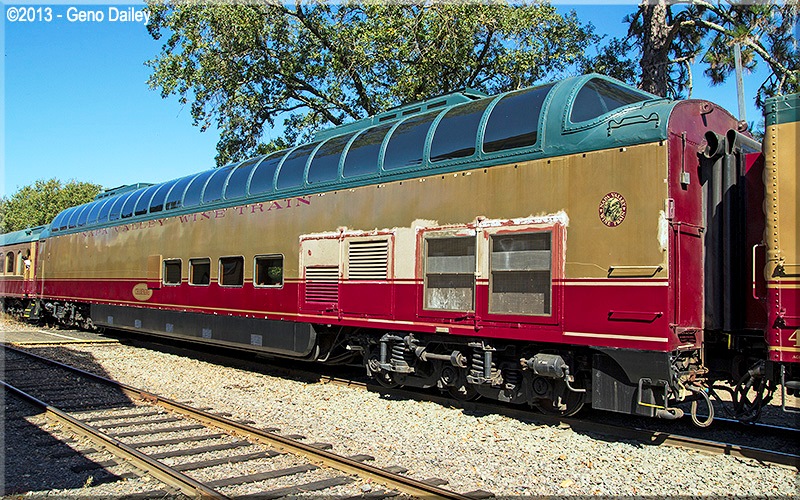 It is believed these were originally from Great Northern:

no windows one side, small square ones on the corridor side

I have also listed closest model available, and also my inventory:

Need some kind of smooth side box for generator car

Aristo made many cars with Napa paint scheme, but the only other candidate was the aristo 31832 pullman, road number 1014, the prototype 1014 is a coach, not a pullman

A modified box car containing a 450KW generator was added in 2013 to maintain power as locos were switched to the opposite end of the train at the end of a run. The roof of this car was lowered 2 feet to not obstruct the view from the super dome.

In 2016 two pullman cars were added that are sometimes used. They have black roofs, white window area, and deep purple/blue below the windows

The train operates a 3 hour long trip of 36 miles between Napa and St. Helena.

I have pictures of a 10 car train:

Currently on the web site, there is an image of a 12 car consist:

The current "typical" consist is: (From their web site)

Go to this page, and scroll down to the small train pictures that go the width of the page, you can click on the individual locomotive or car to see details and pictures