There are a lot of people who use crimp terminals on garden railroad wiring. Almost everyone I have met do it wrong, either the type of terminal, the type of crimp, or the crimping tool itself.

I'll concentrate on the most common type of crimp terminals: 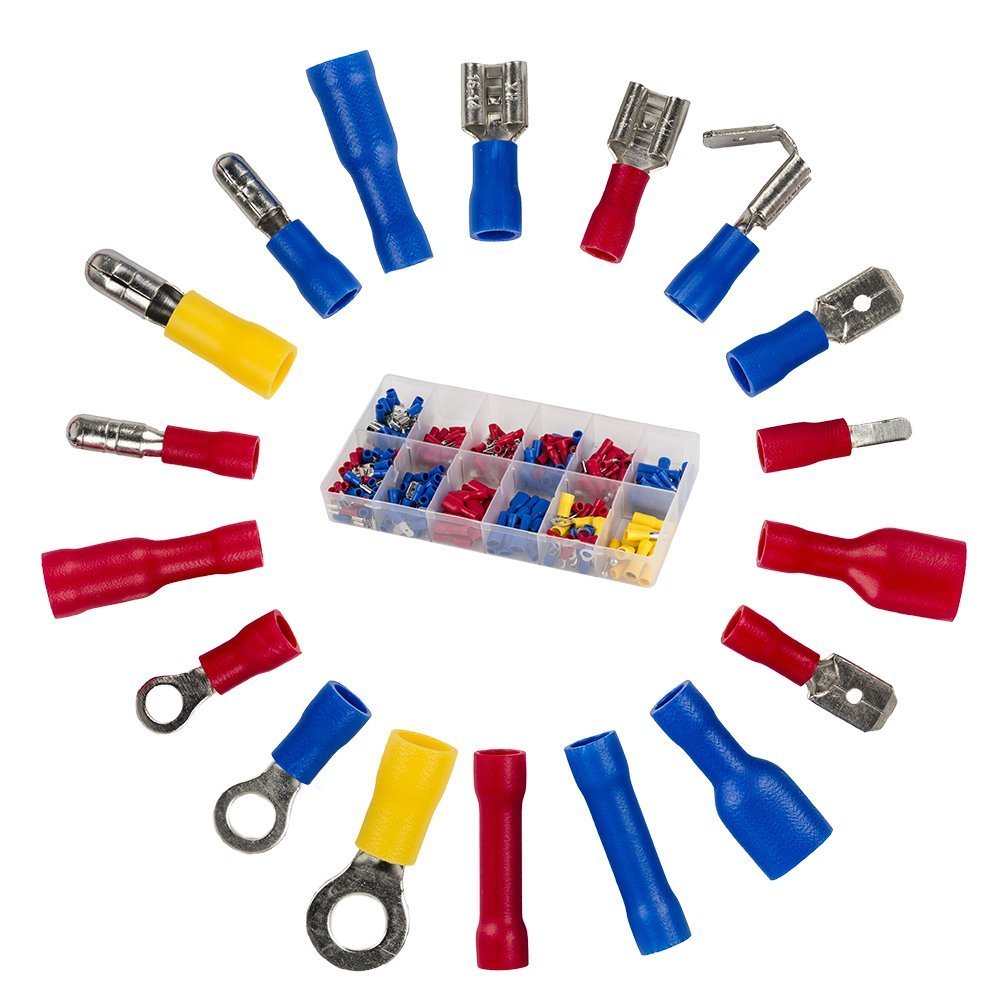 Many people get a cheap crimper, that just smashes the connector to an oval...this results in a very poor connection for stranded wire.

What you need is a crimper that forces part of the terminal into the wire bundle AND compresses the whole thing. (I learned about crimping connections from an engineer that designed and built rockets in our space program, things that CANNOT go wrong).

The place where the wire goes is actually a tube with a split in one side, because these are rolled from a flat sheet. This is important to how the crimper is positioned and the crimp holds the wires. 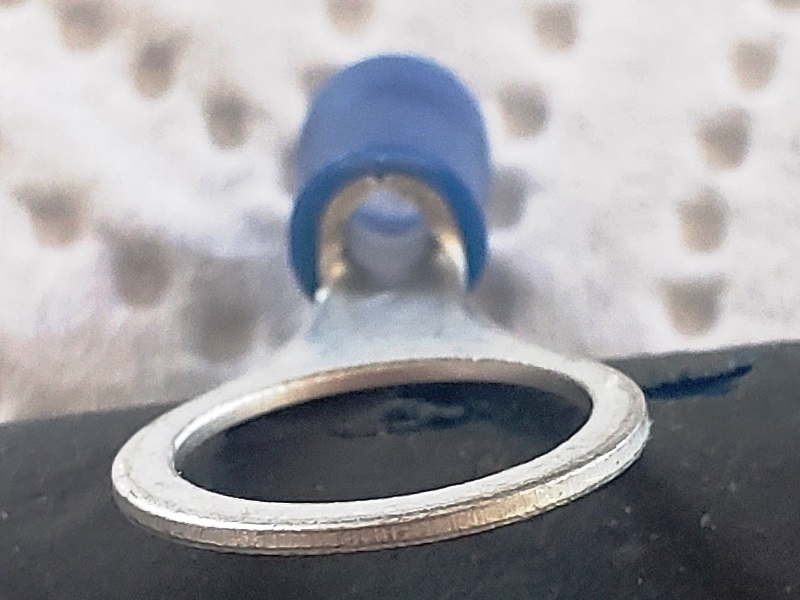 Look carefully, you can see how the "split" is at the top of the terminal.

Now you need a crimper that is specific for this kind of terminal, below, look where is says "indent here" 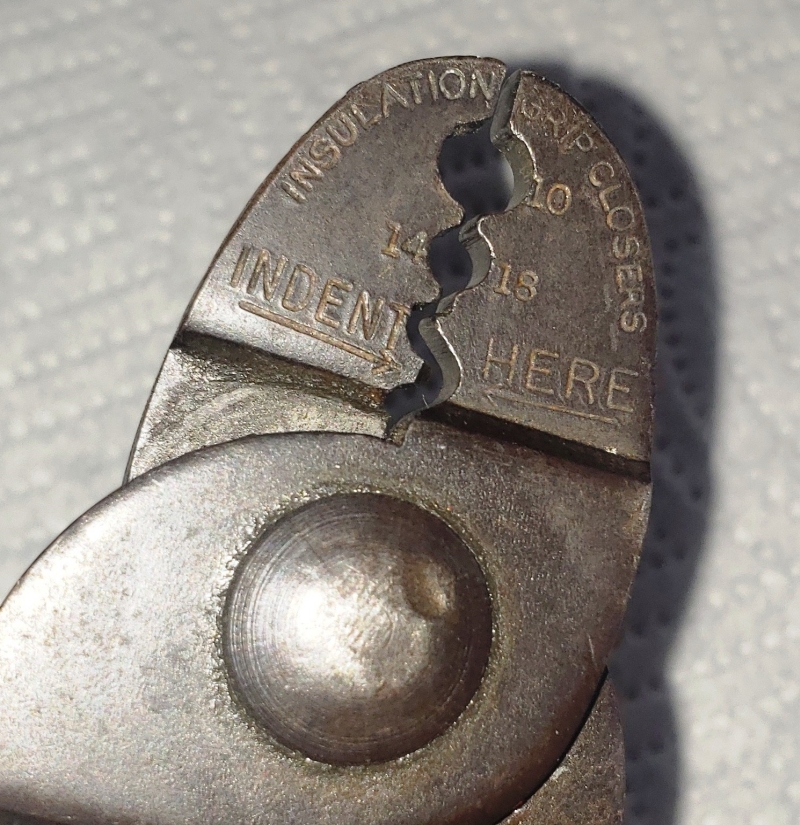 Notice this is not a plain round or oval space, but there is a "finger" on the right, next to the "HERE", what serves to firmly indent the body of the connector. This finger MUST be opposite from the "split" (it won't crimp evenly if the finger goes into the split. 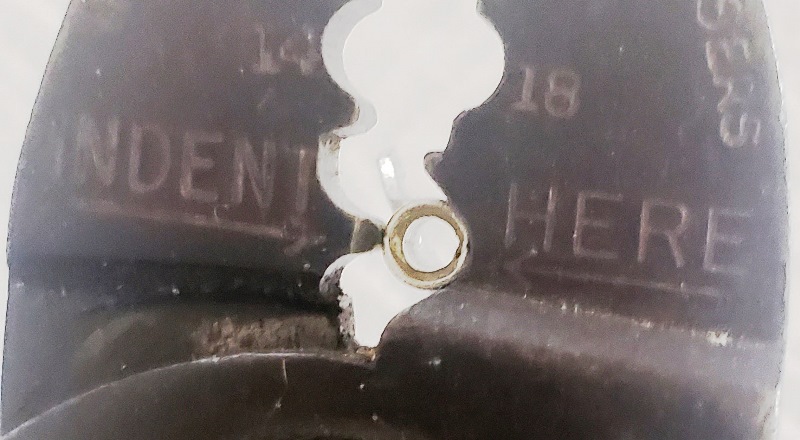 Now, even without a wire in the terminal, you get a strong mechanical crimp where wires cannot pull out: 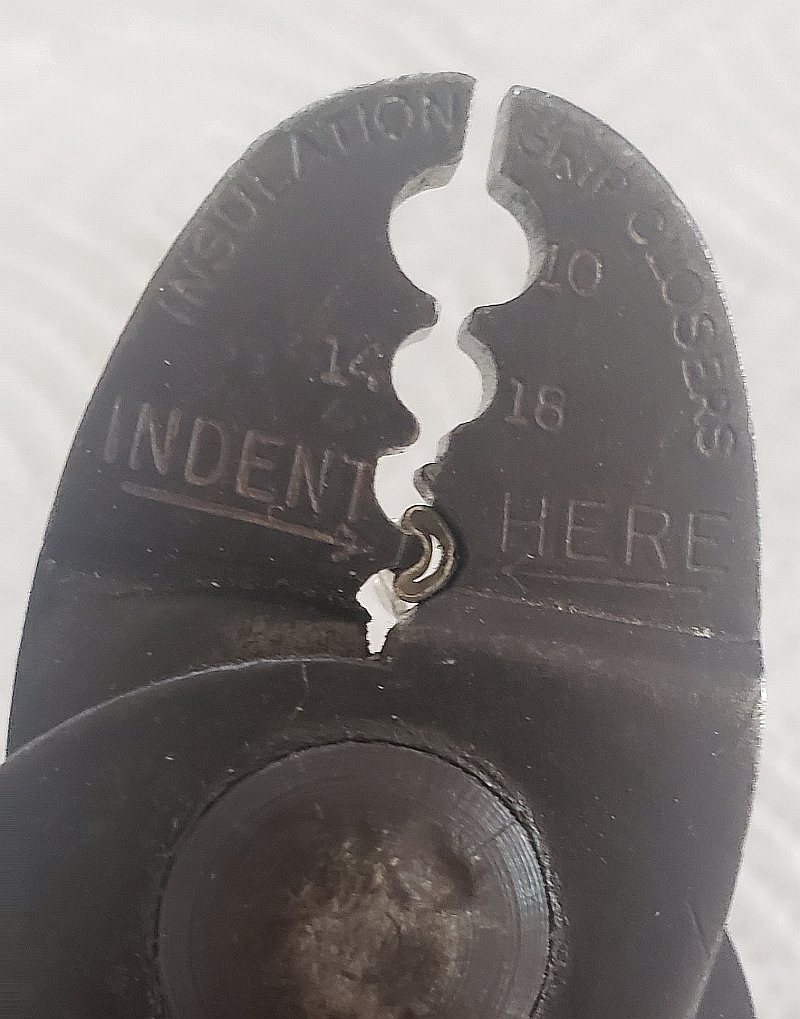 The next picture is poor, but it shows the indented area which locks wires from pulling out, since it is a "point" rather than along the entire body. 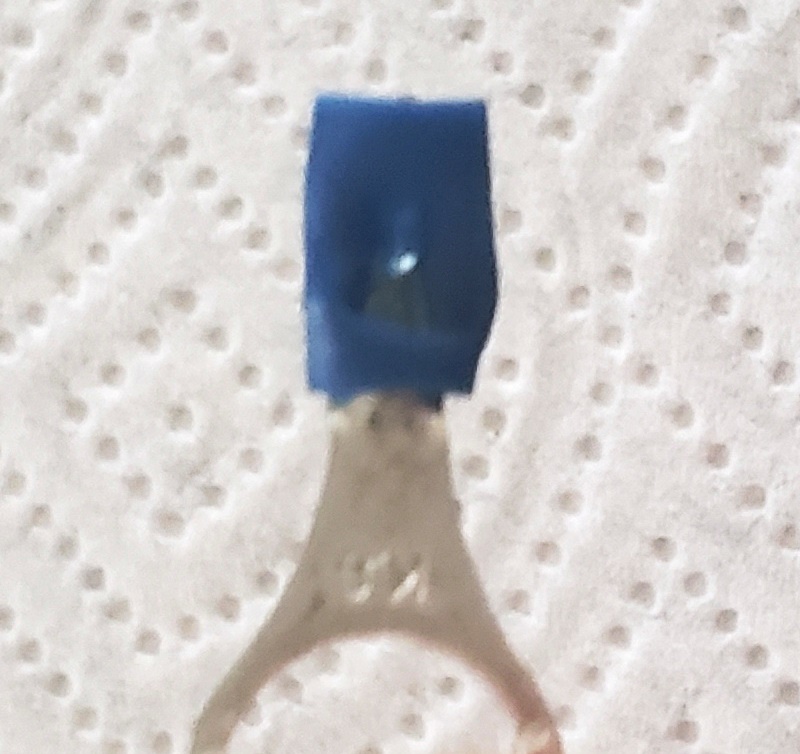