This assembly includes a hard plastic diamond (actually a square) crossing and tie structure that appears to molded around the metal stub rails and underside electrical bus connections. There are no apparent fasteners holding the stub rails or other items except for the rail joiners.

Shown below is the Aristo-Craft ART-20410 stainless steel 90 degree crossing in its bubble pack packaging. 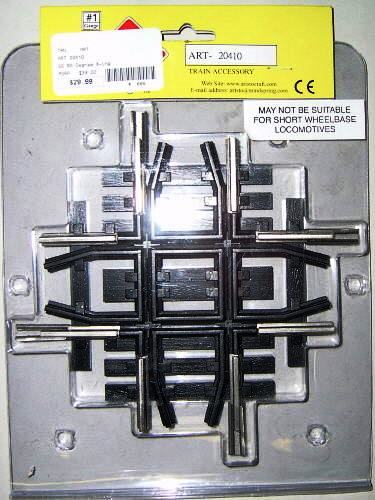 Shown below is a top view of the crossover assembly removed from its bubble pack . (Note the small air gaps between the metal rail stubs and  plastic diamond crossing areas that appear to be for purpose of temperature contraction & expansion in outdoor environments. The gaps in the shown example crossover measure about 0.040 inch at room temperature.) 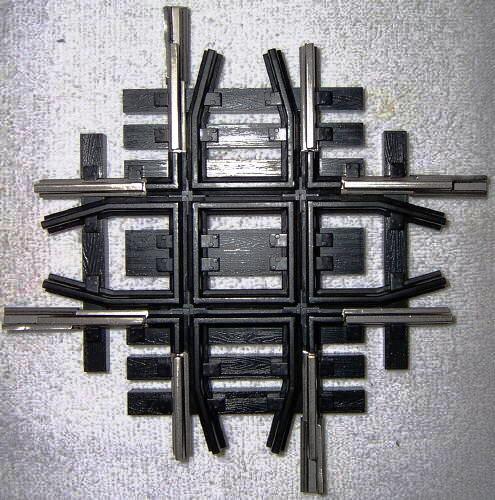 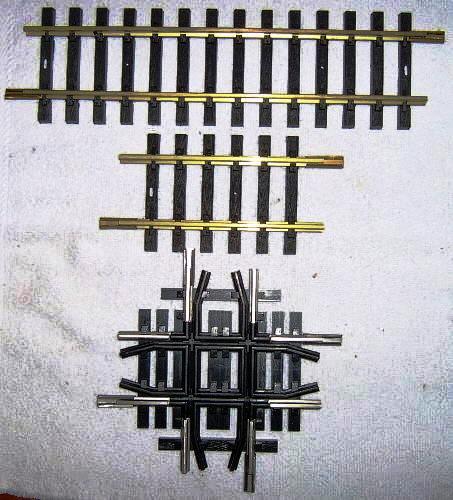 Shown below is the example crossover assembly overall span that measures about 5 13/16 inches - not including the rail joiners. 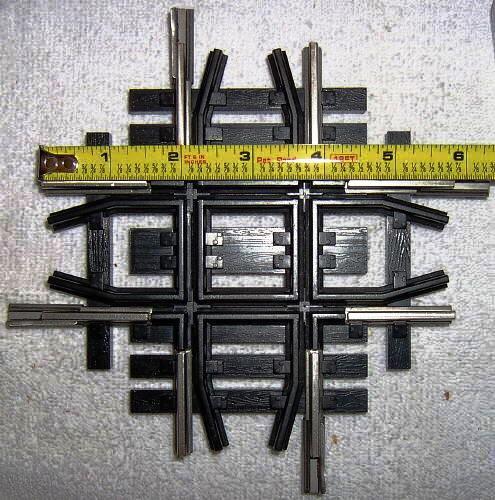 Shown below is the example crossover assembly plastic insulator span that measures about 2 13/16 inches. Such a long span means that trucks intended for track power pickup like the freight car types won't come in contact with the metal rails whilst located on the diamond - so lights will flicker or go out in cabooses, and locos with closely spaced wheels will stall out - hence Aristo's disclaimer label on the packaging. On the other hand, such a long insulator span would seem to preclude locos having power pickup sliders of wide proportions from shorting out to the metal cross rails.
(Though at the risk of slider shorts, it may be possible to do a modification by "cutting in" short, metal span rails within the diamond area having electrical connections to the underside buses that are located directly below them.) 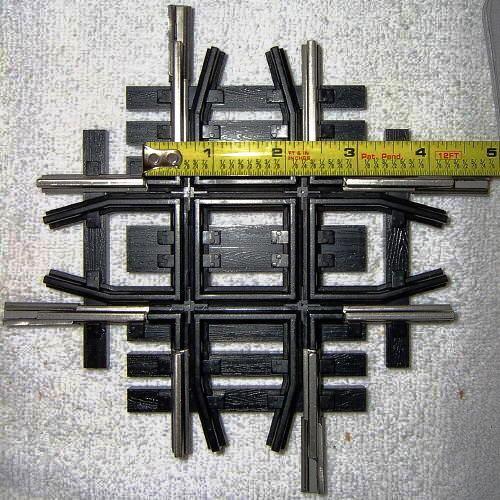 Shown below is the crossover assembly bottom view. As typical with Aristo practice are extra rail joiner screws provided in a waxed pocket located within the bottom of a tie in the assembly. 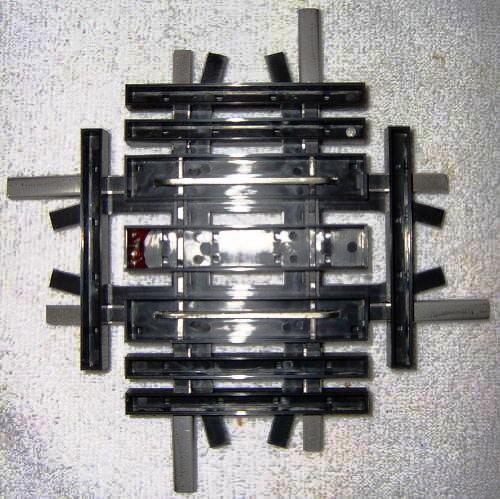 Shown below is the crossover assembly underside view of the over and under electrical bus connections. These connections are not just thin straps like that used in the newer Aristo turnouts, but thick like castings or extrusions: 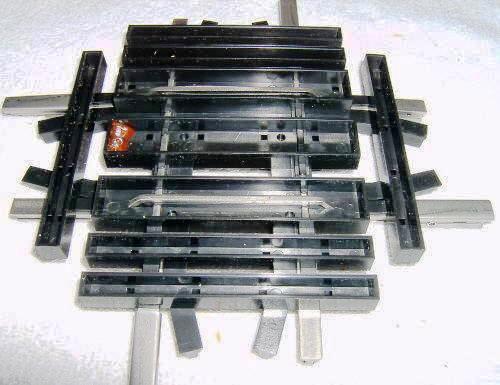 Below is a close up view:

Shown below is the crossover assembly side / end view that illustrates some amount of upward warpage at all the ends. (Perhaps expansion & contraction of the stub rails & electrical bus connections due to temperature changes will alter the amount of the warpage.)

Shown below is the crossover assembly with some amount of upward warpage at either end resulting with the center plastic section being a low spot as illustrated by the wheel coasted from an end extremity to the center area.

I have yet to install this 90 degree crossing in my layout, so at this time I cannot comment on operational results; however, this is a very nicely done product. The electrical bus connectors are very robust and will handle large current values, particularly when compared to the turnouts.
(I had some early production run Aristo Wide Radius turnouts having their tiny jumper wires burned open like fuse links. In this regard, the earlier production run re-railer / grade crossing product is similar.)