While Kadee recommends the 831 large offset couplers, which bolt directly on the underside of the stock Aristo coupler tangs, the large offset is not really a good thing, since they torque the coupler tang downwards under tension. With the springing on Aristo trucks, this can lead to coupler misalignment.

While no scientific testing has been done, it is logical that using a zero offset coupler eliminates this torquing action, and should result in better operation and reliability especially on long trains, grades, and less than perfect trackwork.

The Kadee 789 box is mounted on the top of the coupler tang which is the opposite of the 831 box which mounts on the underside of the tang. The 789 works for both types of Aristo freight car trucks (Barber & Bettendorf).

The following photos are courtesy of Ted Doskaris: (basically you mount the Kadee 789 by removing the outside "ribs" on the the top of coupler tang far enough back to be flush with the rest of the tang.)

The 5 photos following are of the Aristo Barber simulated roller bearing truck.

The photo immediately below is the "finished product" 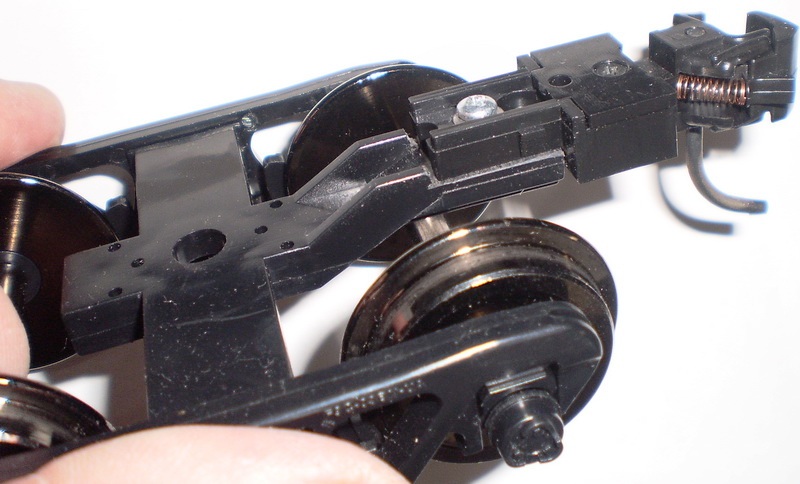 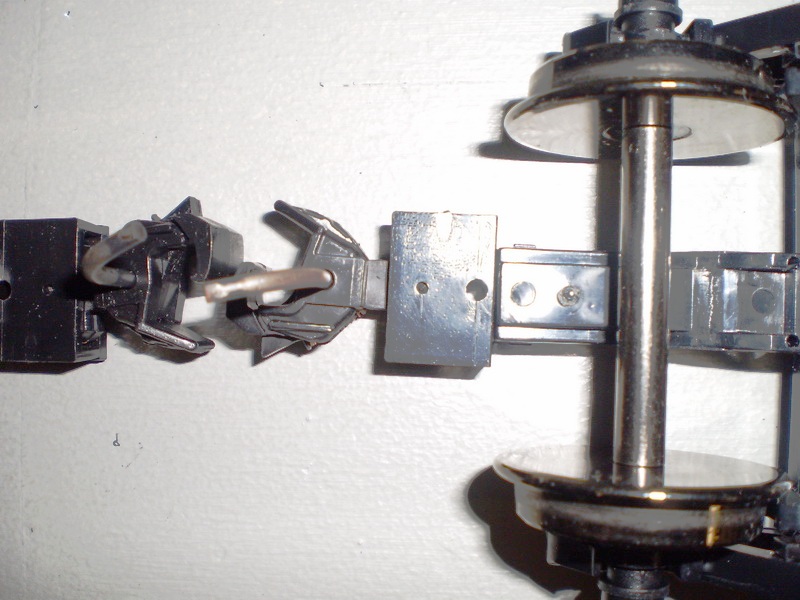 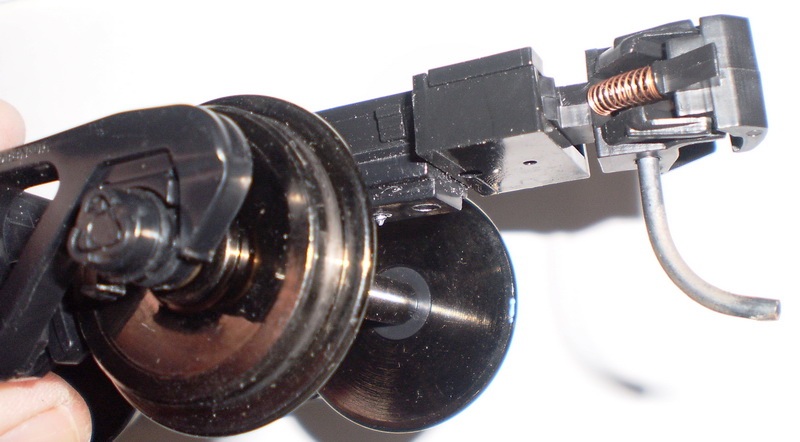 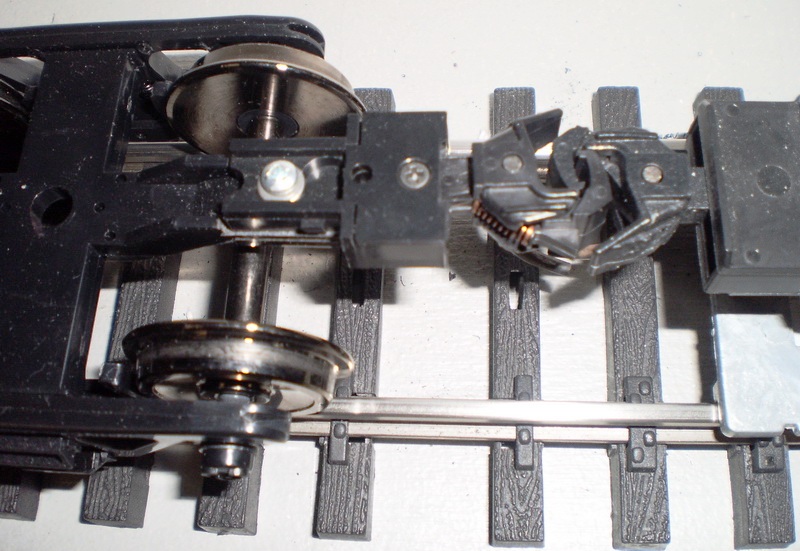 The photos shown below are of the Aristo Bettendorf friction bearing truck. 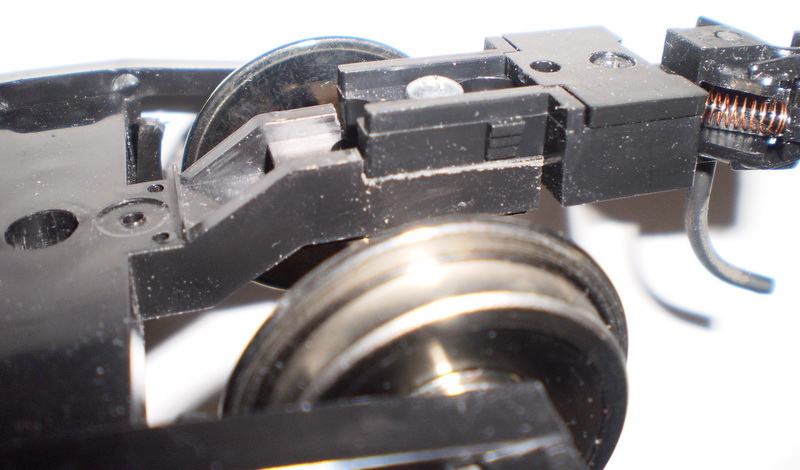 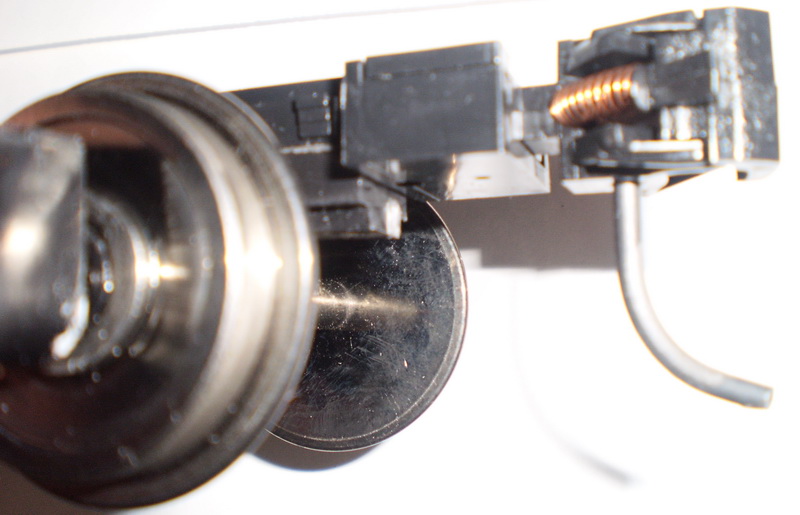 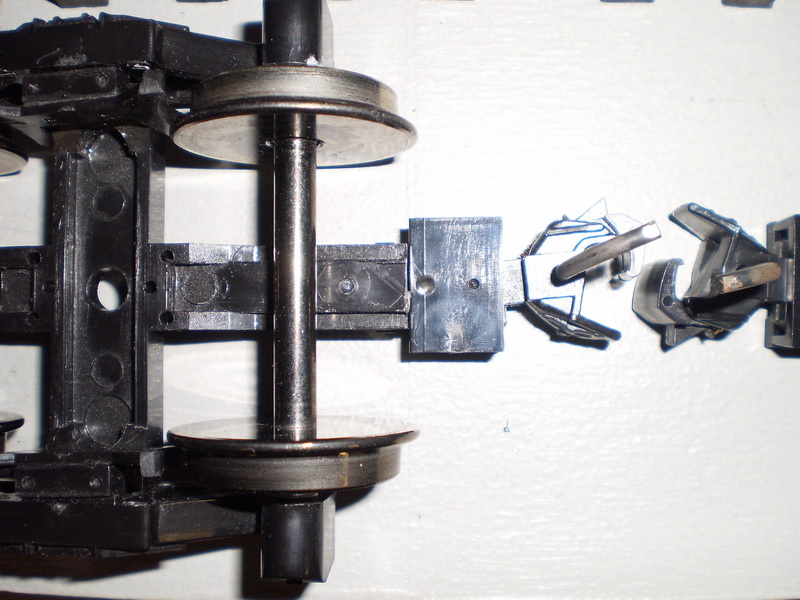 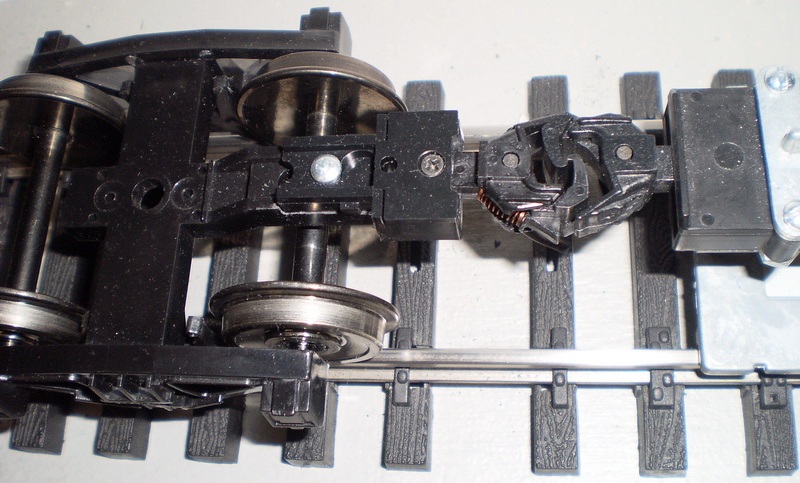