The new C-16 has lots of changes, the main things are the "prime mover" gearboxes.

Several other things have changed, there are more electrics in the tender, and I believe the loco now has a socket, and it is in the tender. The original C-16 had plastic rod gear and the new one has metal.

I believe the tender pickups were carbon brush in the original and the new one has the metal bushings at the axle tips.

The original unit has a gear drive from the motor to the drivetrain, the new C-16 has a belt drive. Apparently the profile of the rear of the loco was changed from the original Delton to accomodate the first Aristo drive train, and the later Aristo version has apparently restored this. (need pix)

I'm looking to get pictures.

My friend Phil Z. stated that the smoke output was very poor, even though his second generation C-16 has the new fan-driven Aristo smoke unit. By a bit of careful study, it seems that there is very little way to get air into the boiler, so not much can go out. He drilled some holes on the underside of the smokebox where they would not show and it made a big difference.

This is different because with the socket in the tender, then the lights and motor switches are located here too.

Below you can see the metal bushings and the eyelets that pick up power. Since the power is picked up from the axle, and the one wheel without an insulator, the tender picks up on 4 wheels only. Less drag and more reliable than the carbon brushes. The original C-16 tender has both wheels insulated from the axle, so you can pick up from both wheels on each axle, but since there were only brushes on 2 of the 4 axles, there's no more power pickup either way.

The new way is better. 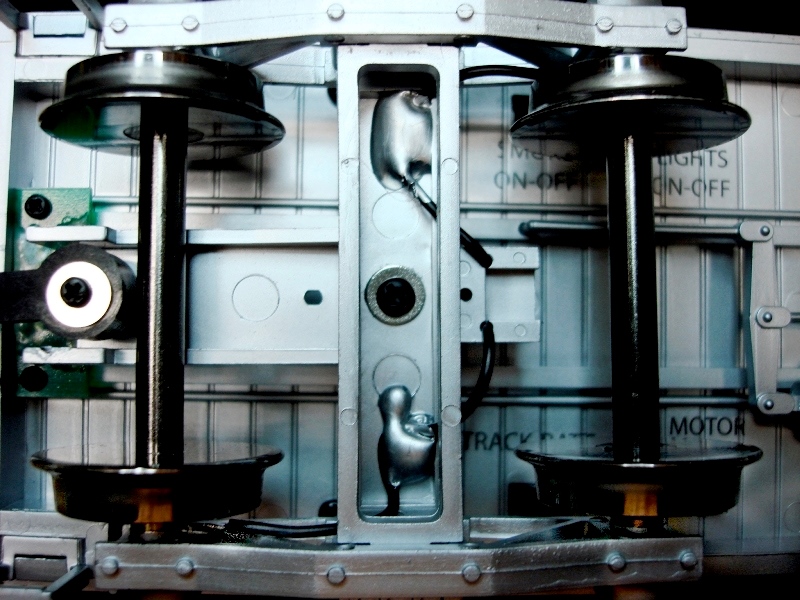 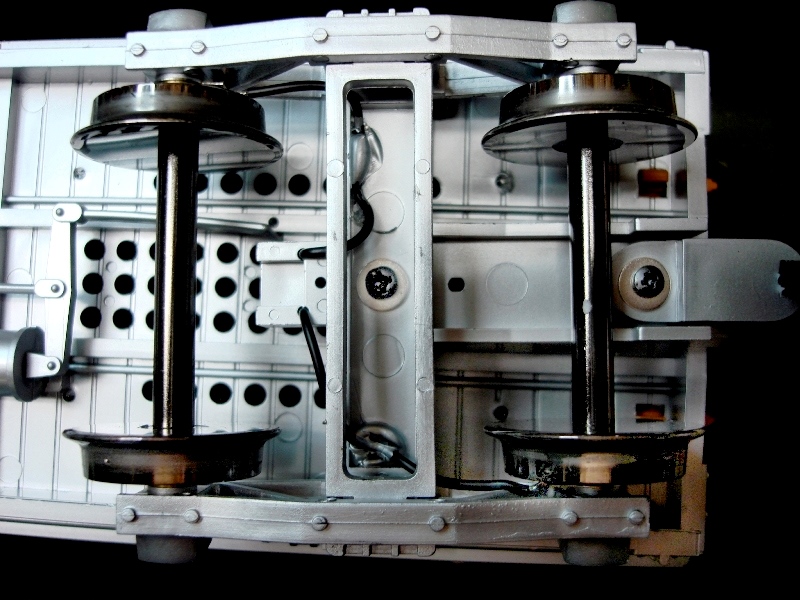