These cars are hard to take apart, be patient and watch carefully, there are opportunities to break detail pieces, lights, etc.

The basic construction is an extruded body, with grooves that the floor and interior slide in. You will most likely need to hammer the chassis/floor assembly out.

It REALLY helps to have someone hold the body while hammering.

Reassembly works well by standing the car on one end and hammering back in.  If not, have someone to hold helps.

Pay attention to the interior clearing any doors in the sides of the body.

Watch for things hanging up on the body near the wheel cutouts as you pull it apart, it's really easy to get part of a truck jammed.

First, remove 3 screws from the bottom, the two at the very corners (upper right and lower left) and the one at the rear of the coupler housing, the single one in the center of the car. There is a bushing between the plastic and the metal chassis, look for it to fall out. 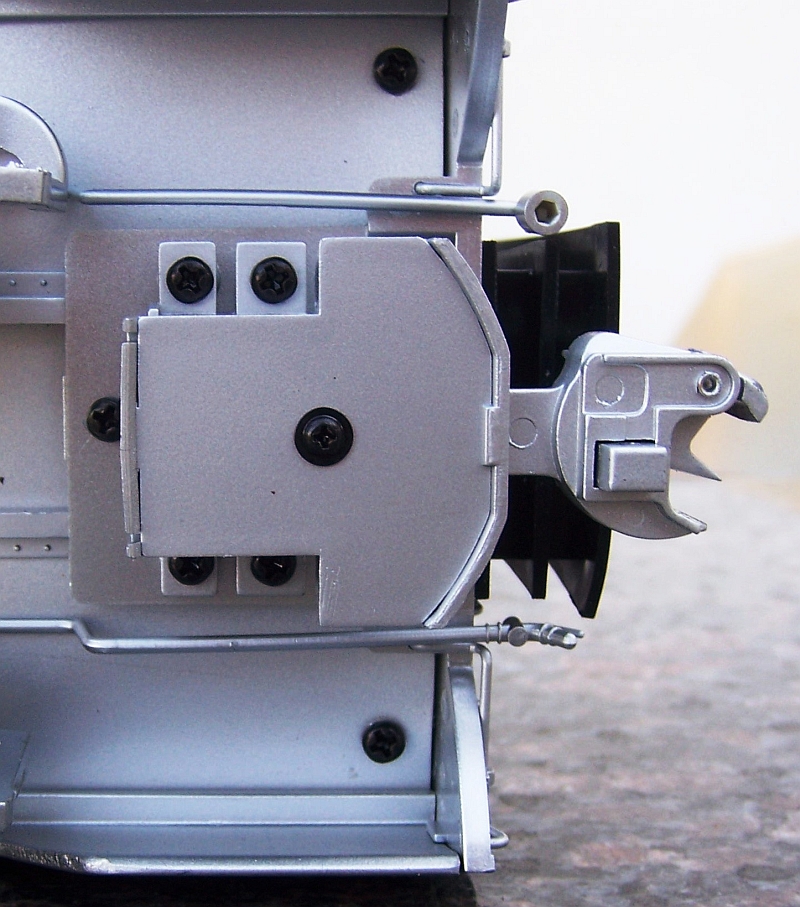 The picture below shows the locations of the three screws (after the removal of the end of the car, which you have not done yet!) 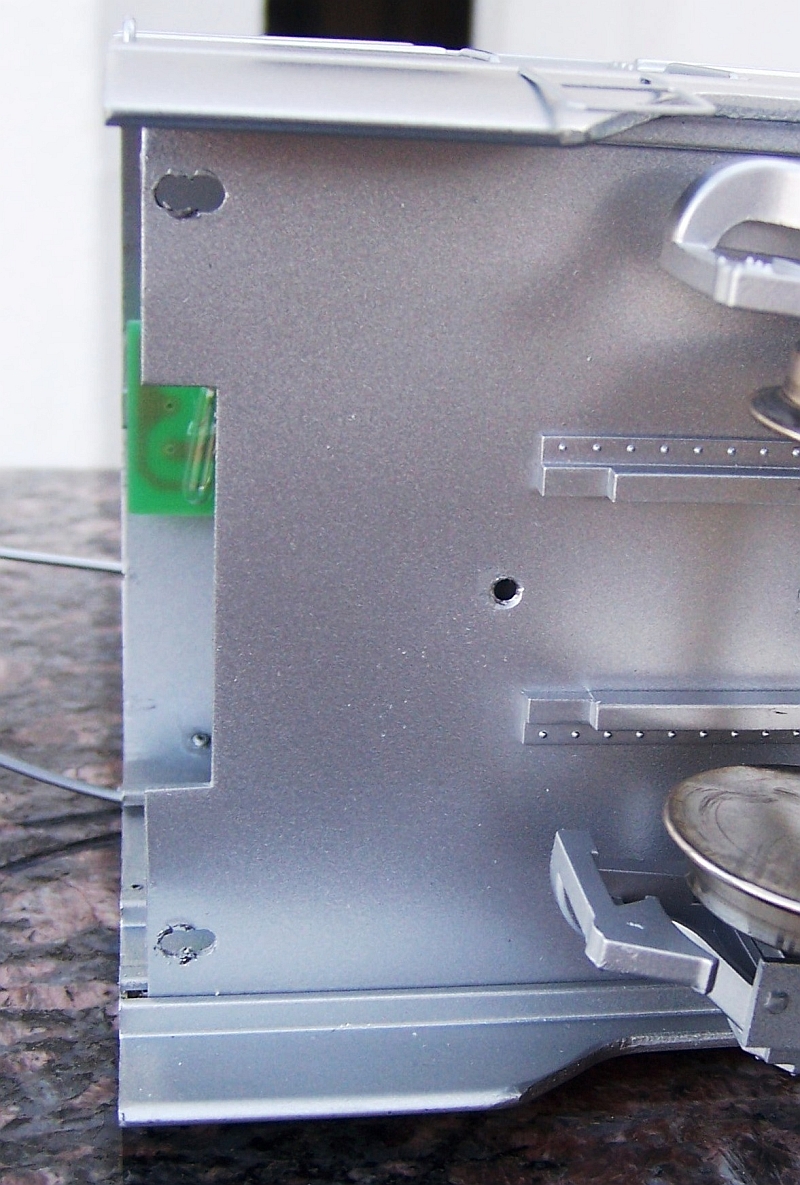 Bottom is now loose, pull gently on the top: 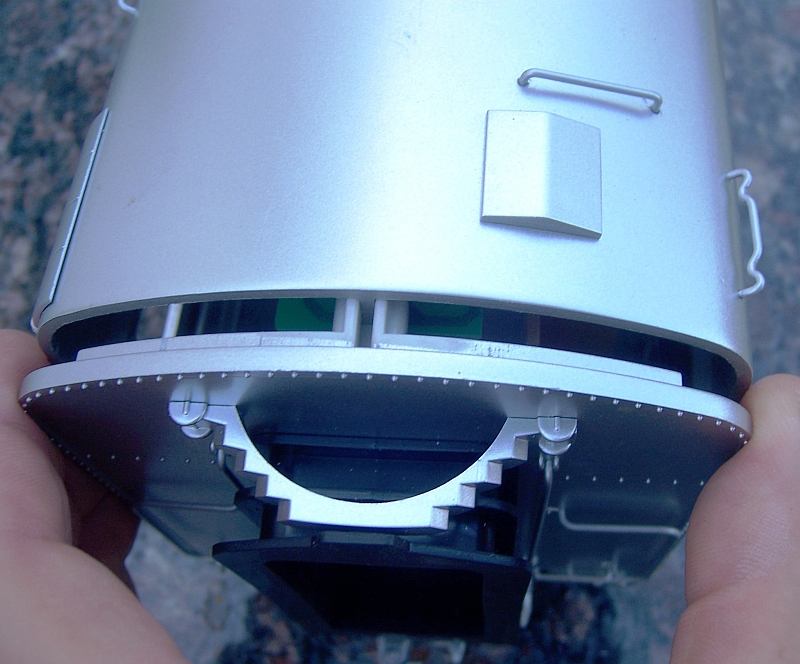 After it comes loose, you can see how the top engaged: 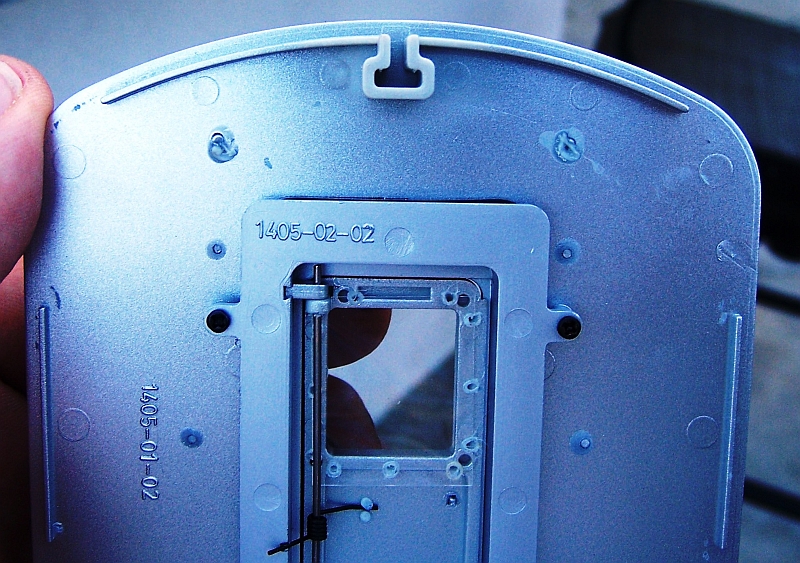 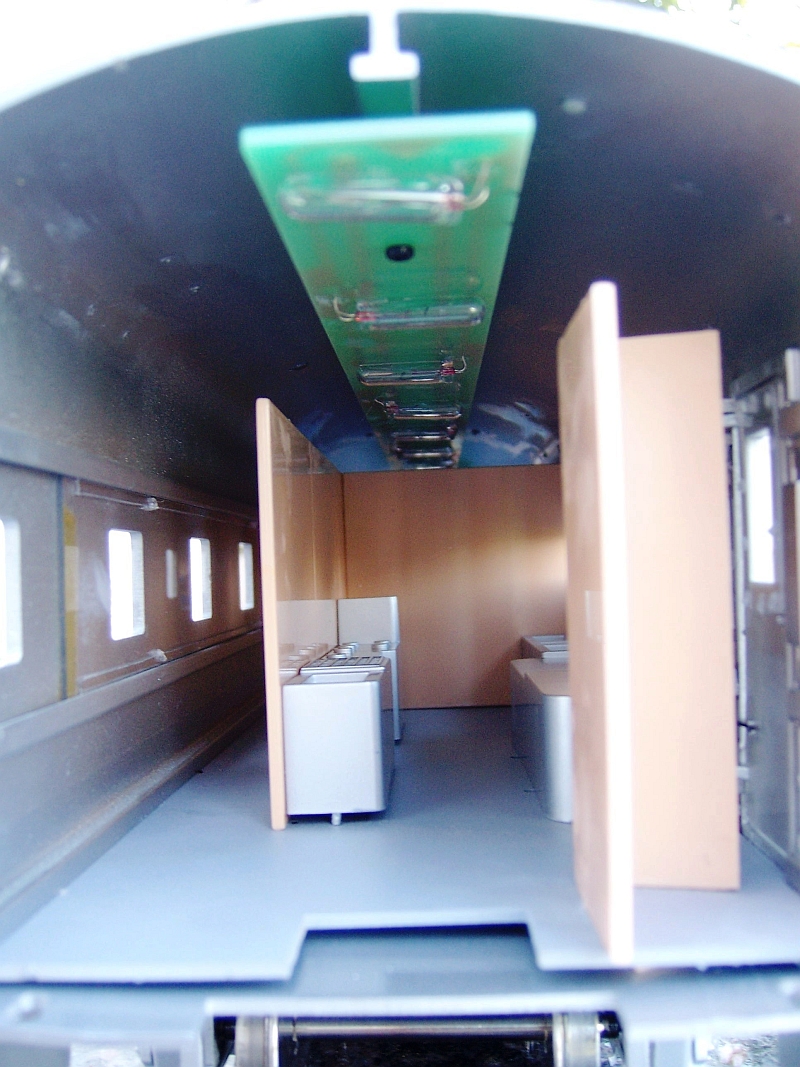 Some additional notes from Bob Christenson, I have not gone through these yet..

Turns out the light strip in the observation car is not connected in any way to the rear lights, the post at the obs end, or to the electronics there.  It is not necessary to mess with the obs end of the car at all when replacing the strip.  Surprise.

Of course, the dome cars make up for it.  The dome assembly is screwed into the light strip with a single small screw, meaning you have to remove the dome to get the light strip out.  Essentially you need to lift the dome out of the car (it is held in place by a plastic piece on each end that has two small dimples that fit into indentations just below the roof of the car) and unscrew the light strip by rotating the dome.  I don't think you can reattach the new light strip to the dome very easily without taking the whole car apart.  You also need to take both ends of the car off to get to the brackets holding the light strip in place.

Another thought...both trucks on these cars have electrical pickups.  I'm assuming each feeds power to the on-off switch.  But with the capacitor on the new light strip, I would think you only need power from one truck to have flicker-free lights.  Removing the brush from one truck  on each car (except possibly the observation car, where the end of train lights probably aren't hooked to a capacitor) wouldn't compromise the power source, and could eliminate half the drag from this source.

I've now done about ten cars.  The only issues seems to be that on some of the light strips (baggage cars for sure, but not all cars), they used one screw that is longer than the others to connect the light strip to the sliding plastic pieces that hold it in place on the roof of the car.  This essentially anchors the strip to the roof like a set screw.  You have to take both ends of the car off and hammer the light strip out until the plastic piece with the long screw is out.  Then everything slides out easily.  The other problem is that on some cars they have glued the ends in place, making it hard to get them off.

Even with this hassle, changing out the light strips is well worth it.