Invented quite a while ago, locolinc still has it's advocates and is still doing well. It can control up to 64 locos and 256 switches.

It's normally used on battery power, but can also work on track power.

I've used the system, and the first thing you notice is the limited range of the units.

They have their own sound systems and they have 6 diesel, and 4 steam sounds. The sounds are recorded, and there is control of volume, horn and bell. The rest of the sounds are automated apparently, including the grade crossing whistle/horn.

If you are having problems programming, watch the screen carefully. Del Tappero reported problems on a 10 year old system, and the keyboard was giving 2 keypresses from a single push, he was advised to clean the keyboard, and this solved the problem. I don't have a description of the disassembly process, but it can be done apparently.

Per Del: "It was a pretty straight forward job of opening up the Tx case, removing the PCB and Antenna, and then cleaning the keypad traces on the PCB and the carbon(?) buttons with a little alcohol on a Q-tip.

Procedure: Remove the battery cover to find the first screw. Two more on the back of the case. Squeeze the case a bit to release the tabs. Remove one screw on the PCB and one screw making the antenna connection."

In the picture below, the top board is the original motor decoder, which has several large distinctive components.
The middle small board is the RF receiver front tend
The lower board is the "Soundlinc" sound board. 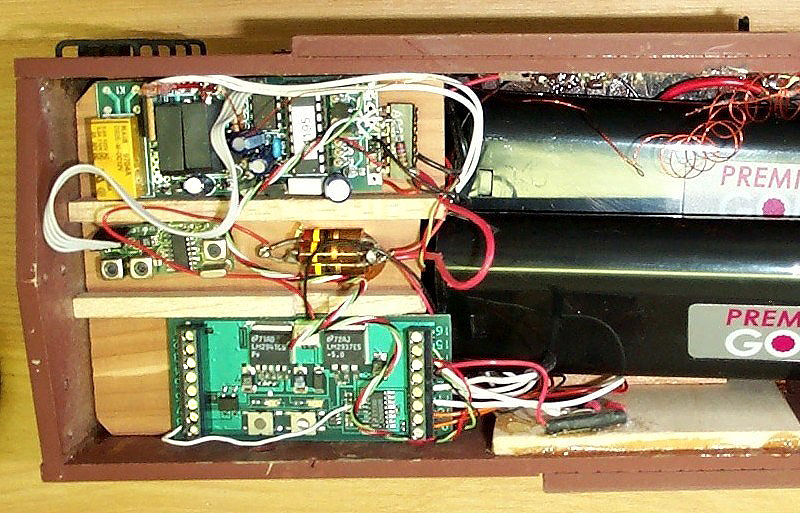