These have been advertised for several years, I received mine in late March 2020. I ordered the full set of 10 cars

They came packed 2 to a box, drop shipped from Charles Ro (thanks to RLD, that means they made only one trip instead of 2) 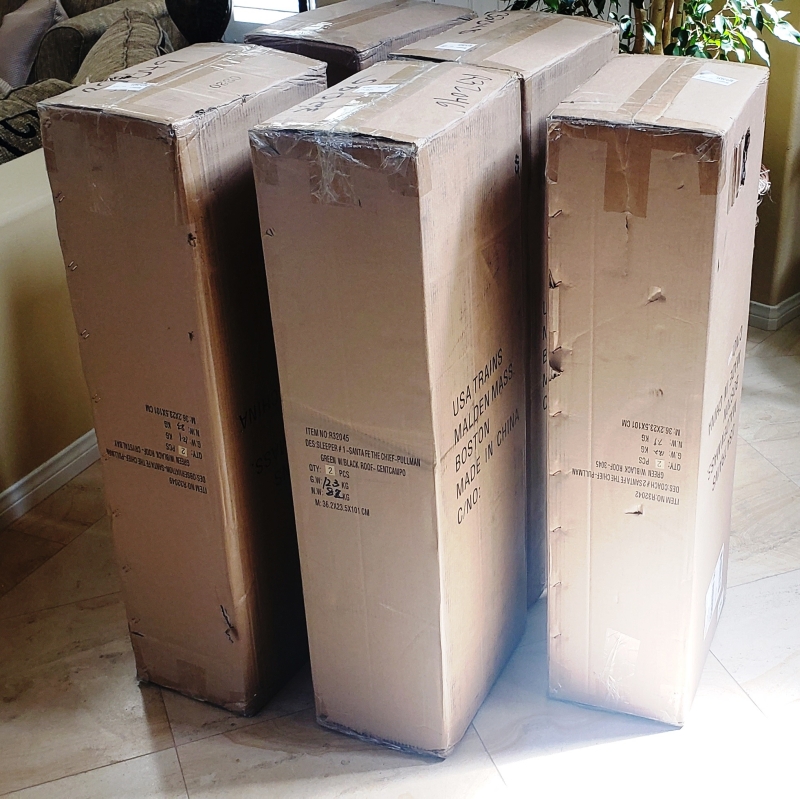 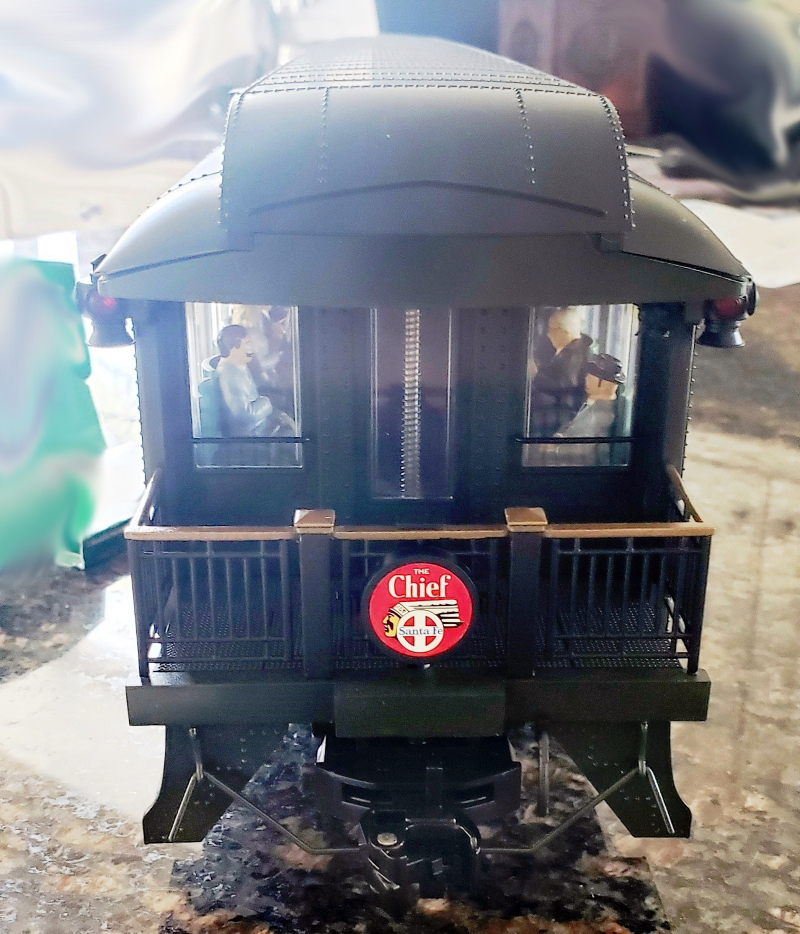 pictures here are from the 2019 NGRC in Oregon. Currently, they have been re-scheduled for release in April 2020 What the heck, terrible rolling resistance!

I took them out, and tried to run a train... what the heck? Derailments and stringlining. At first I thought I had some track issues, but I can run a 10 car consist of the USAT streamliners. After recently struggling with Aristo heavyweights, I even removed a couple of S curves.

So why are my brand new cars, which are essentially identical in construction to the streamliners derailing. FRICTION!. Why are the heavyweights different than my streamliners? They both use the same carbon brush arrangement on the back sides of the wheels.

BUT! While the streamliners are nickel plated with a mirror (and I mean it) finish, the heavyweights have a blackened, matte finish. way more friction.

I noticed I could hardly pull the train myself, no wonder it stringlined.

I bought a scale a while back, figuring I wanted to compare rolling friction caused by my encounter with the Aristo-Craft Napa Valley train of heavyweights, so I bought an inexpensve luggage scale with the intent to add a coupler: 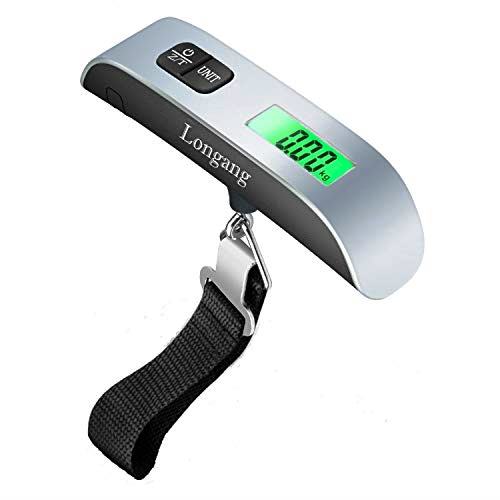 This was a good start, but when pulling a car the screen pointed sideways, so I would have to lean over and put my head near the rails to operate it.

What I needed was the display mounted on the top side, as I was pulling a car: 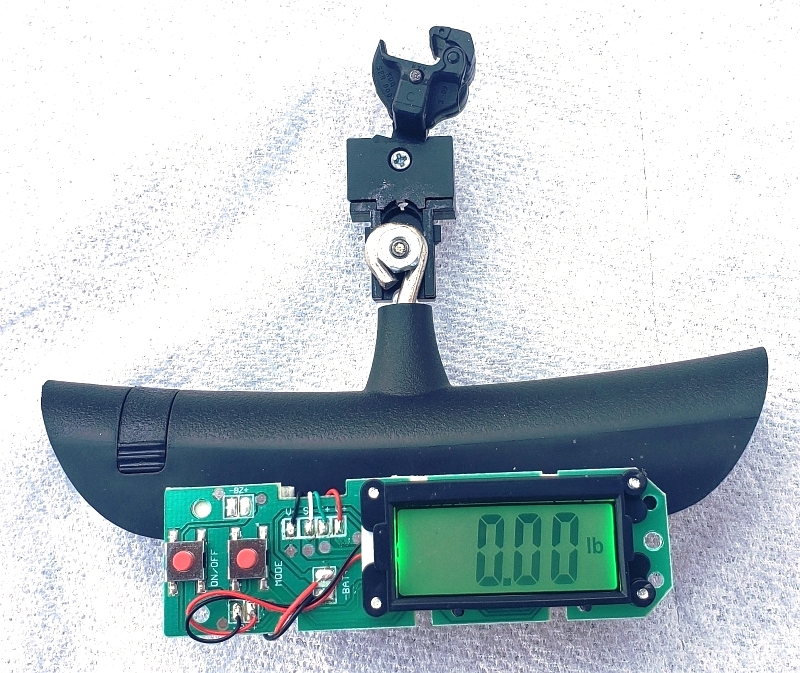 So I pulled the display out and used some double stick foam tape to mount it facing up. I also removed the swivel assembly and bolted a Kadee to it directly. It works. I will eventually make it prettier by cutting up the original fascia and bolting the display back in and mounting it.

Now to measure. The unit will "hold" the measurement after it stays stable for 3 seconds.

So, without cleaning or lubing, I decided to do some measurements

First to measure, my Aristo full baggage car, which has power pickup from the axle journals, so very low friction, it has 3 axle trucks.
0.24 lbs

Next the aristo RPO car, which is longer
0.14

All this on the straights, a little more on curves

the test subject is the USAT combine car, which they call the club lounge

So, ridiculous rolling friction, go to the USAT H/W Truck mods page to see more details and how I am solving this problem

Once again Colin Camarillo and Ted Doskaris have made an excellent mounting kit for these nice cars:

Here's the installation guide, which also gives some nice pictures of the coupler mounting area:

There are 4 long screws in the 4 corners underneath. Now sit the car upright, and the roof should slide sideways about 1/2 inch and you can lift the roof off. On my cars, the roof slid towards the end that has the generator on the center sill.