To change settings, only a few are in the app interface, go to the desktop to change more.

DO NOT change the default browser! What happens if you do, then when a site tries to open a popup, I think it tries to open it in the default. and get's confused. Also apparently some of the internal interfaces rely on IE10 being the default.

I'm sure this will change in the future, but resist Firefox and Chrome asking to be the default until you use the system for a while.

Get your start menu back!

Go to stardock.com, get Start8, best $5 you ever spent, restores original start menu and has even more customization... I run on the windows 8 desktop most of the time.

What's the difference between Windows 8 RT and Windows 8 Pro?

(This issue is somewhat confused by the difference in the hardware between the Microsoft RT and Pro tablet, explained later) .

RT is a limited version of Windows 8. Both versions have the "Metro" application interface, and will run "apps". 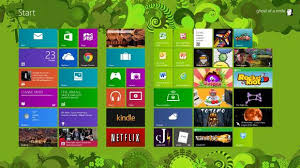 Both RT and "pro" run apps in this interface, like a tablet.

The difference is the desktop... which looks like the standard Windows 7 desktop with one exception, no start button in the lower left. (More on that later)

On RT you cannot add any programs that run on the desktop, just what is provided: Office 2013 Excel, Word, Powerpoint, and OneNote.

Pro is basically Windows 7 with the tablet-like "Metro" interface added.

Note that Internet Explorer can run in both the app interface (Metro style), and also on the desktop.

What is the difference between the hardware for Microsoft RT & Pro tablets?

The major differences are weight and thickness. Also, the Pro will make more heat, it has a vent slot around the periphery (of course it is an i5!)

The RT is really thin and light, same specs as an iPad.

Both use the same keyboards, have HDMI output and USB. There is a 3.0 USB on the Pro.

Turn off that stupid onedrive

Jeeze, I hate the cloud. With all the stealing of information, now this stupid onedrive comes on all the time. This should work in windows 7 up.

Getting rid of that annoying skydrive icon everywhere

There's sort of "two" versions of IE 10, the Metro version (the icon is white with a blue background), and the "desktop" version (the icon is a blue E with a gold ring). Many websites may need to be run in compatibility mode... and I'll be darned how to turn this on in the "Metro" version. So you can make IE come up in the desktop version by going into the tools menu, then under programs, you will see a checkbox that says "open internet explorer on the desktop"... check this and it will open the familiar desktop version.

You have an abbreviated keyboard... there are no function keys identified, but just use the top row (not counting the ESC key) for 1 through 12 (the del key is not part of them) WITH the Fn key below.

ctl-alt-del can be simulated by pressing the windows key ON THE TABLET and tapping the power button. You get LOCK, SWITCH USER, SIGN OUT, CHANGE PASSWORD, TASK MANAGER... wahoo

New features are these "hybrid" modes. The hybrid sleep mode has been around a while, but the hybrid shutdown mode needs to be understood.

To do a fast startup, instead of "booting clean", the system actually does a "hibernate" of the kernel session. So when you start up, the operating system kernel just comes out of hibernation, and then you start your programs.

The problem is that if there is a problem in your kernel session, it won't go away because you are not really doing a "clean boot" from scratch.

I normally set my laptop to hibernate when closing the lid, and many modern laptops are SSD drives, so I can have my fast startup anyway. I WANT to be sure when I reboot, it REALLY reboots.

So I disable the hybrid shutdown, has solved a number of issues for me and people I've helped.

Go to the power options in the control panel, under "change what the power button does", and uncheck the "turn on fast startup". Be aware you may have to click the link that says "change settings that are currently unavailable".

create a new dword (32bit ) valueLayout_MaximumRowCount and set to the rows desired, in this case 4, but seems I could not increase it, only decrease it. Stay tuned.

Getting slingplayer to work with windows 8 RT

To work around this behavior and display devices when you click Show hidden devices: