Probably the best locomotive overall Bachmann has made. Nice looking and running. It has the Bachmann version of the Aristo "plug and play" socket.

The socket is in the tender, and it is indeed a 10 second process, but be SURE to set the switches the right way:

The speaker in the tender is weak, it distorts easily. There is not a lot of room to add a bigger speaker, but it can be done. Look at a Visaton with better bass response.

Also there is buzzing from the tender at certain frequencies, when/if I figure out what is vibrating, I will post here.

Just a note to be careful, remove the foam blocks carefully. There is no room to get your fingers under the smokebox, so you need to get it out of the foam carefully the first time. After you have the loco out, you can lift under the pilot and the underneath of the cab roof. BE CAREFUL. Also watch the cab window awnings.

Simple way to add a #1 Kadee

The Kadees that were made to fit the Bachmann "keyed" tang, in #1 scale, are the (#1916 prototype head Bachmann shank couplers) and they fit perfectly onto the bachmann shank. Just take out one screw place the coupler on the shank and replace the screw, done deal. But wait a minute, if your using a standardized height for your couplers on all your cars you may not be done.  I use the KD height gauge to set everything on my road so I ended up with these being half a coupler low.  That's not getting it, what to do?

After studying the situation for a while a couple of things were evident; there was no practical way to raise the height of the shank pocket on the tender or loco because of the way they are constructed, and the shanks are of a brittle metal so would not lend themselves to bending an offset. A possible solution was to make a new shank but all the milling and bending was not something I wanted to tackle at this time.

My solution,not beautiful but practical and doable.

On the tender, in this picture you can see the Kadee and it originally was tapered on the bottom from the back, at the left, down to the bottom that is now out in front of the shank. remember this was originally the bottom of the coupler.  I filed this area out flat and square to the desired depth so it could sit on top of the shank.  The shank end with the key was then filed back until the screw holes would align. 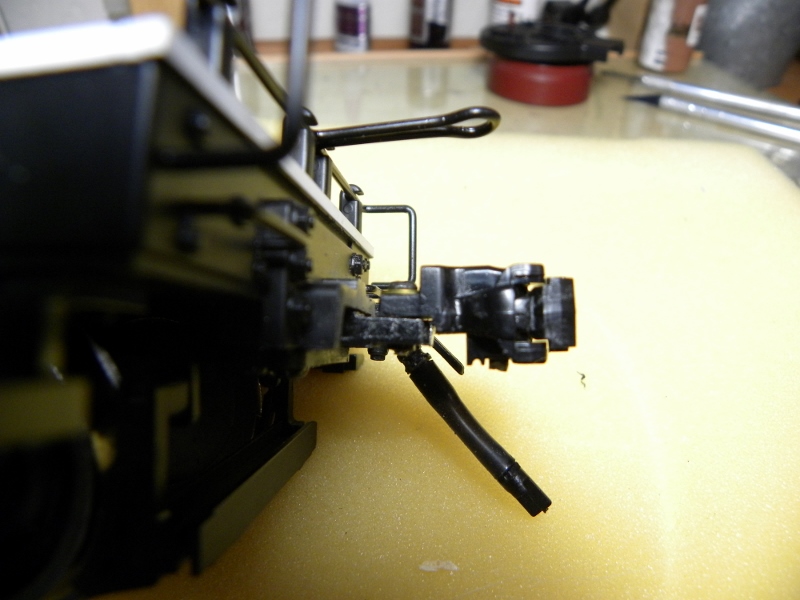 The hole in the coupler had to be bushed to fit tightly on the screw, a longer screw was dredged from a junk box and a washer added on top to contain the bushing. Now the coupler pocket cast into the tender had to be cut back about 3/16 to allow the screw head clearance when the coupler swings. 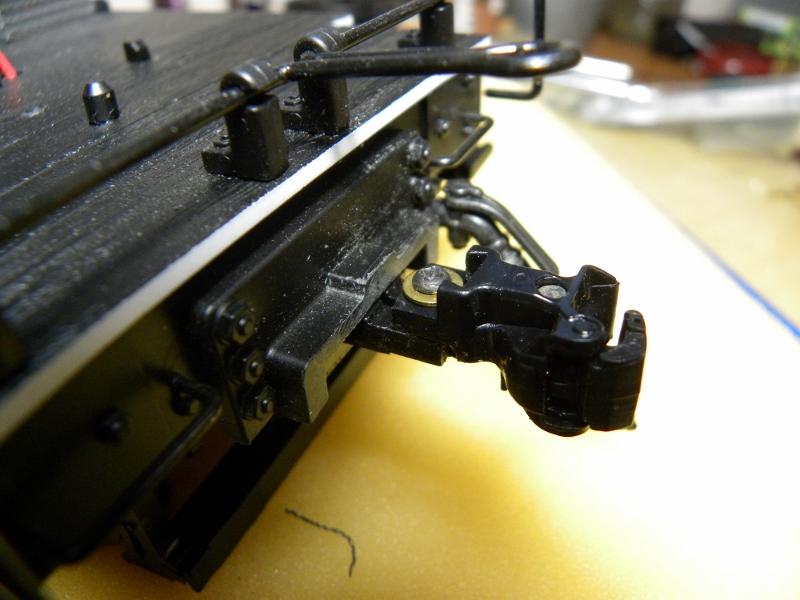 The KD was prepared exactly the same way.  Here I removed the "cow catcher" and mounted a step pilot to match my other loco's so I was able to shorten the Bachman shank about 5/16, (back to the existing offset on the shank top) and drill a new bolt hole. 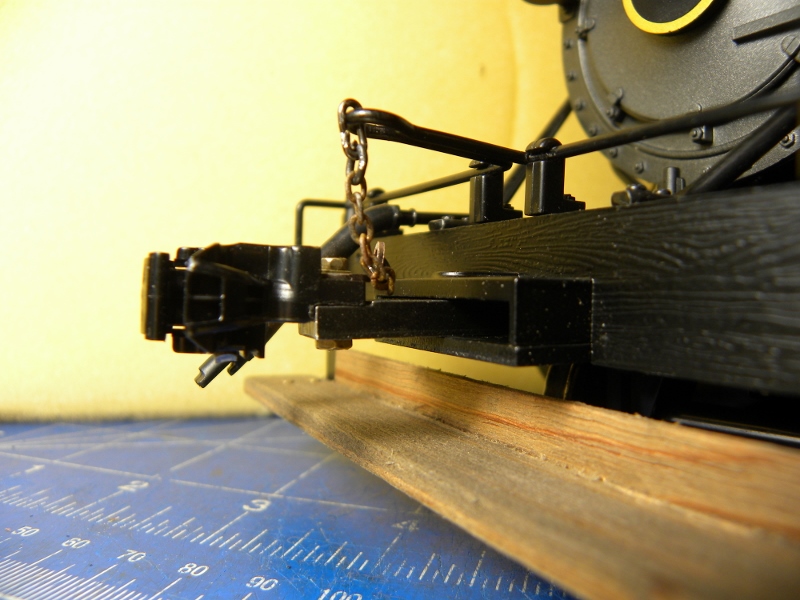