Atlantic Driver Fix and other mods

Gaylord Mann got an Atlantic, and as often happens, the plastic crank pins on the rear driver were damaged. Here's how he fixed them.

The original plastic crank pins are approximately .227 in diameter. They are also tapered. I machined them off at the face of the wheel and drilled the wheels to .200. You can see the 2-56 screw in place with the new crankpin in this view.

Here is the new crankpin on the right side. It is made from .250 diameter brass rod. The pin is 13/16" long with a smaller diameter slightly over .200 about 1/4" long on the inside for a press fit in the wheel. This gave me a shoulder to act as a stop when I pressed the pin in. It went in very tight and there is little load on it so I expect that it will last. The pin is 9/16" long from the wheel, same as the original. The end of the pin was drilled 3/8" deep with a #51 drill for a 2-56 tap. I then notched the end of the pin on the same angle as the original in order to mate with the valve gear crank. The holes in the connecting rods are .250 so they slipped right over the pins with no modification required. 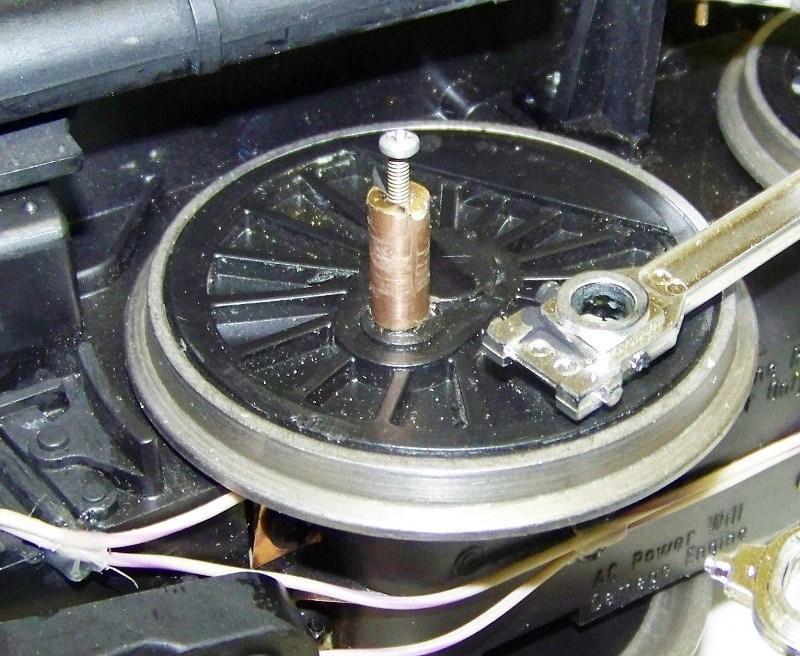 truck and also on the tender. I don't know what brand, but I'm sure glad

that he did this since it saved me sourcing them somewhere. 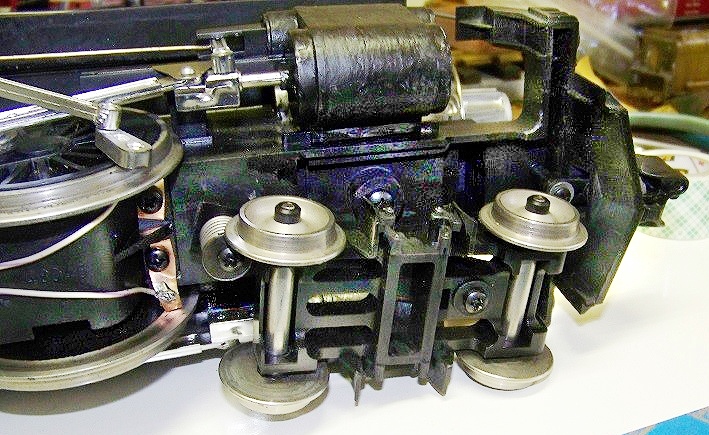 This is the rear tender truck with brushes added for power pickup.

which stays in place better. I also added one pound of lead in the tender

and 4 pounds in the engine. With the 24 ounces that came from the

factory that gives a total of 5-1/2 pounds. Now I can pull some cars! 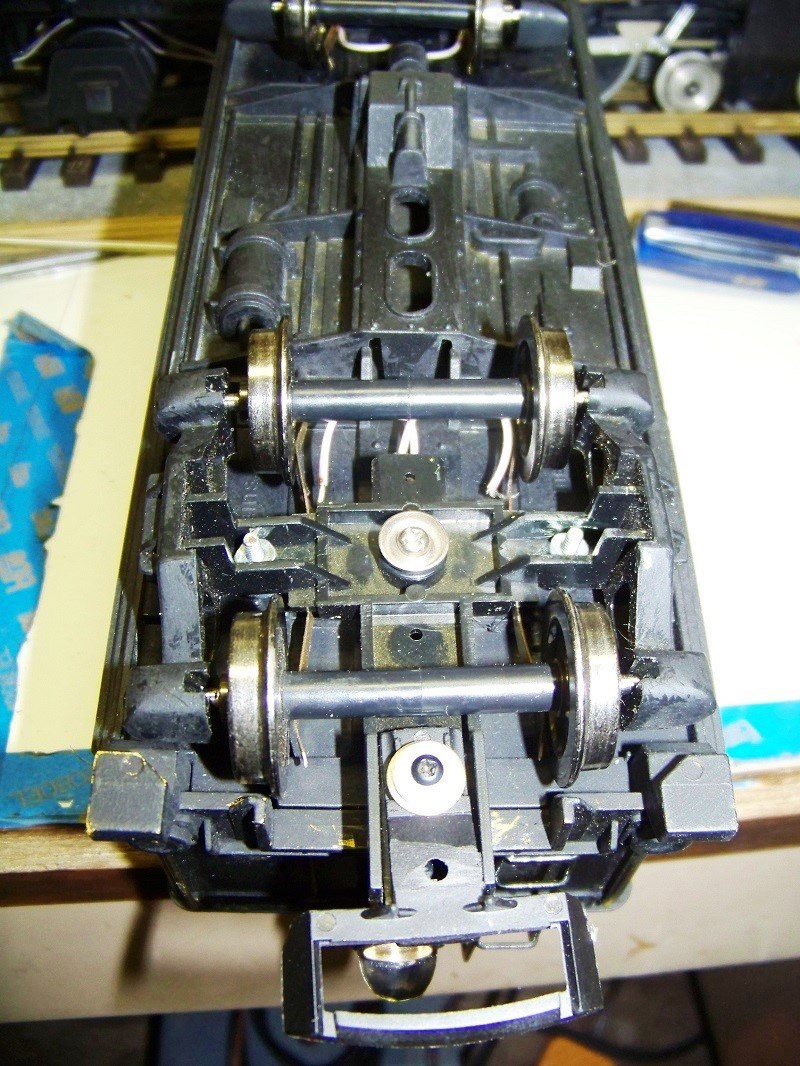 I mentioned earlier that the four wheel brushes were not working.

I removed them and replaced them with phosphor bronze wipers.

on this project. It works perfectly. The new weight holds the wheels

down and the brushes feed power nicely. I use straight DC from a

G scale. It's built around LM338K voltage regulators and provides

5 amps of filtered DC from each side. 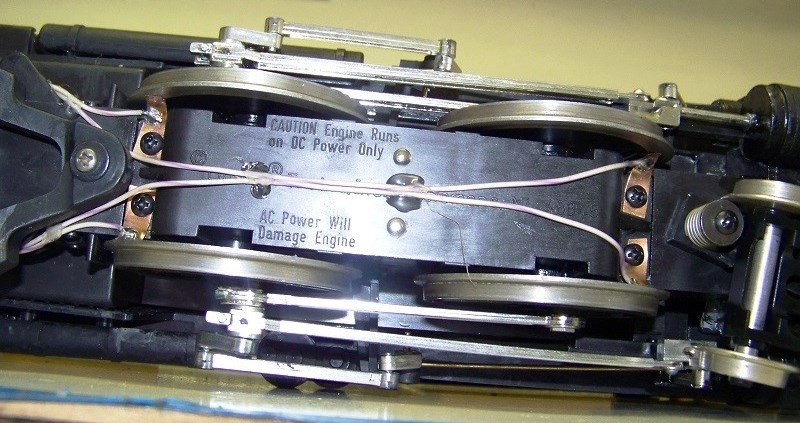 I love backup lights on steamers. I turned this one out of a

5/8" brass rod. The bill is sheet brass. I used a bright white

diode with a 470 ohm coupling resistor. Being a diode, it only

comes on when backing up which was what I wanted. Eventually

as George Schreyer shows on his Atlantic site. 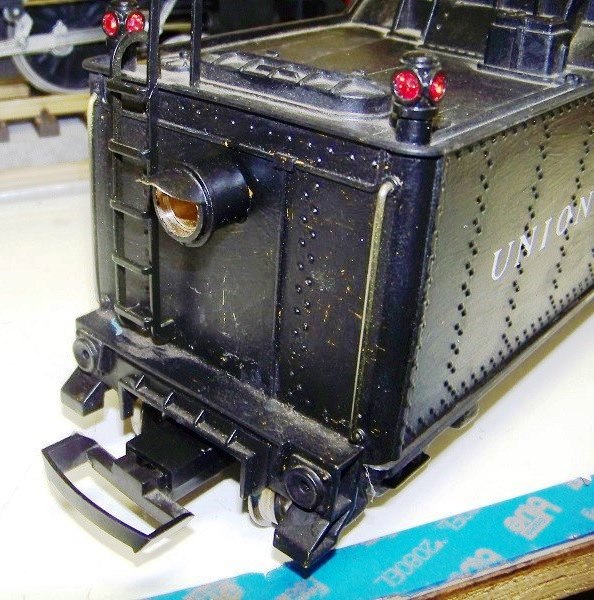