This page is to help unravel the "mysteries" of Aristo weights to be used in Aristo locos. (You may recognize Ted D's famous scale in these pictures!)

As of  October 2008, they were listed for $35 a set. Over the years, the whole game has changed several times. Originally The locos were shipped with 3 weights, one installed, 2 in the box. Damage in shipping (due to poorly designed locations in the foam packing) "officially" caused Aristo to only ship the one installed, and you can order the now missing 2 weights for $5, then later $5 each, and currently now a set.

As with all Aristo weights, they were originally lead, now zinc. The zinc is about 1/2 the weight.

Note that the mounting hole is offset in the length direction. Also note the recess, which is speculated to give clearance if the fuel tank fits closely. It's not necessary with the SD45, moreover I recommend using the supplied washers and mounting the bolt on the other side, where you do not have that depression. 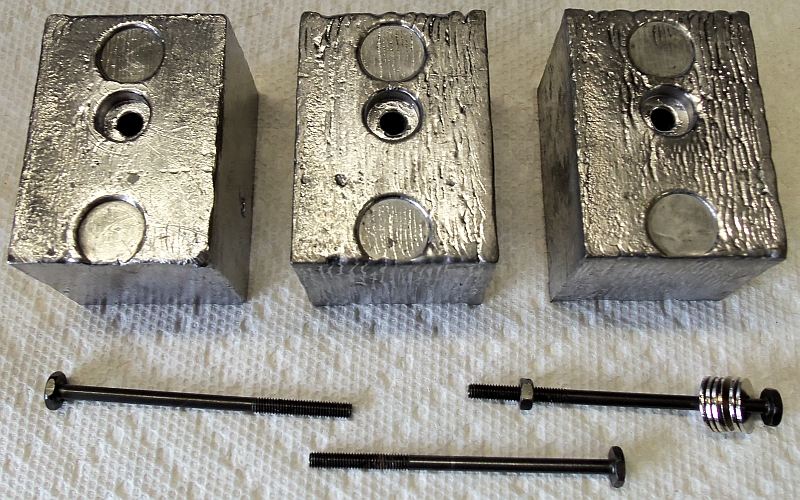 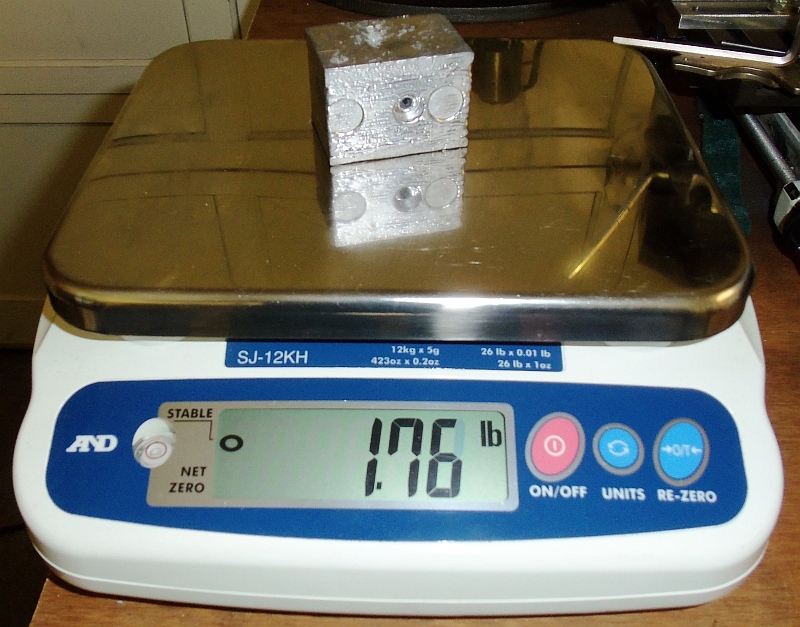 The 3 weights with the mounting hardware weighed 5.33 pounds.

In later life, the SD45 was supplied with a stack of metal plates. This stack of 12 plates & hardware weighed exactly 1.53 pounds.  So the difference between stock with the metal plates and the full compliment of 3 lead weights is 4 pounds! Quite a difference. 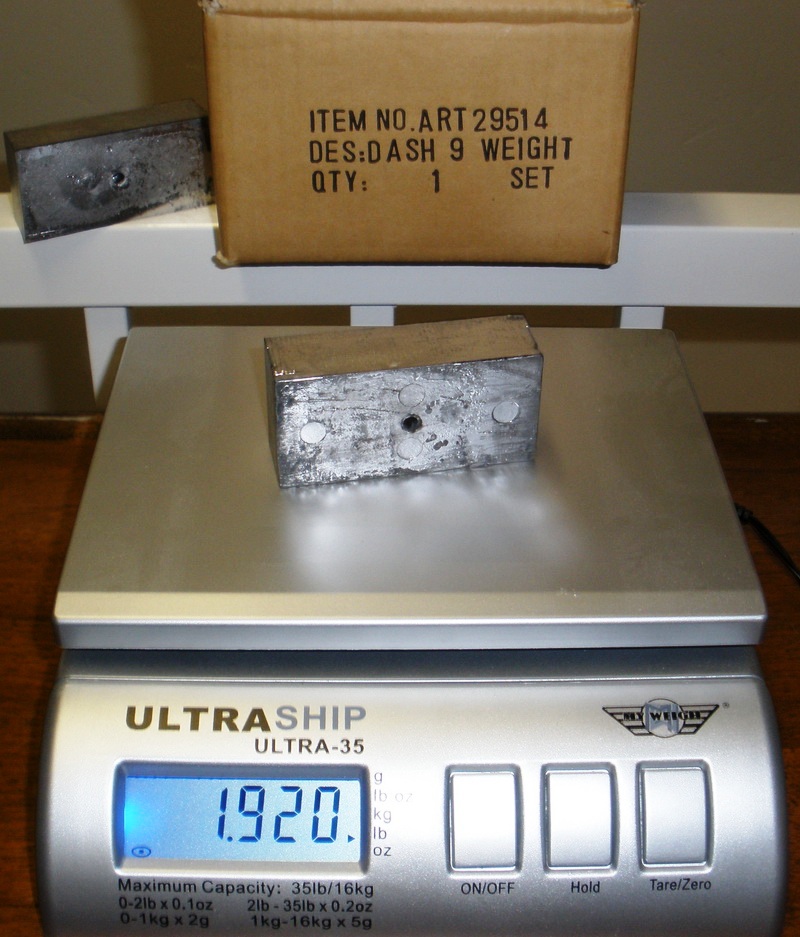 The weight shown is the original Dash 9 weight, made from lead.

The dimensions are: (need to complete)

Again the original weights were lead, and appeared to be about 2 pounds each. 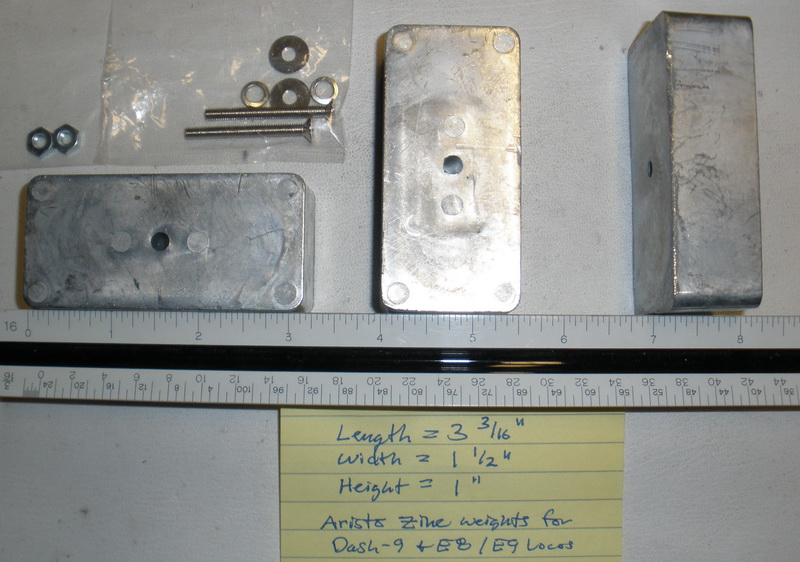 These appeared around the beginning of 2008. These weights are also what is called out for the Aristo E8. They have the same physical dimensions as the original ART-29514 Dash 9 weights.

These are apparently made of zinc, and weigh MUCH less: (approximately 1/2 the original weight) 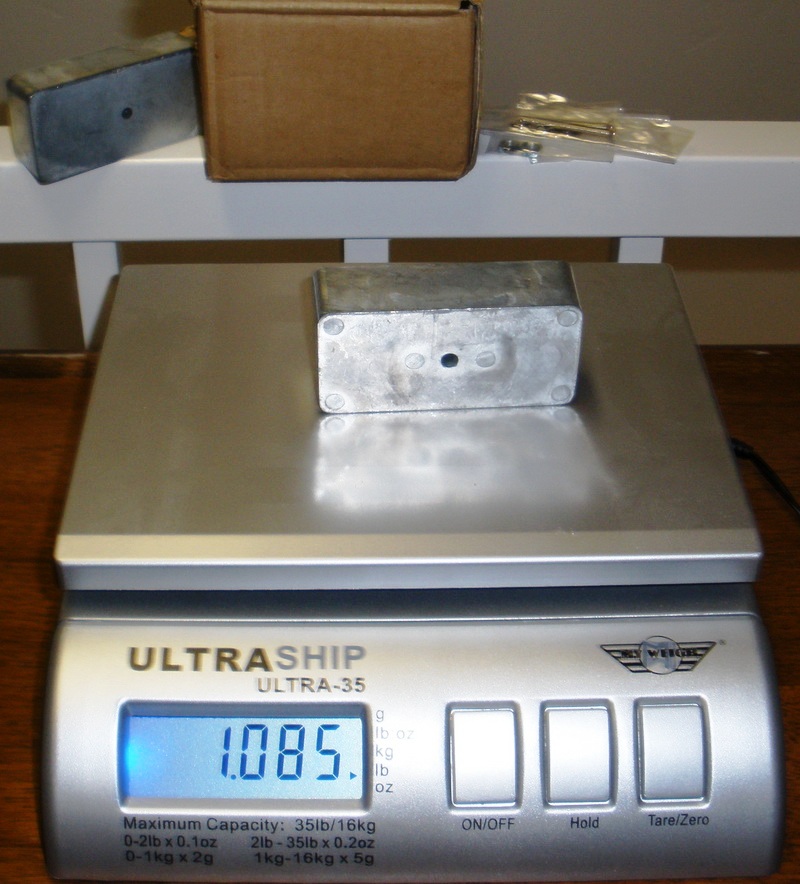 These are now the weights for the Dash 9 and the E8. The old lead weights are no longer available.

They do apparently come with the screws, washers, and nuts pictured, though you would think there would be three of each.