This page covers the 1st and 2nd generat Revolution decoders/receivers. Again it is misleading to call them receivers since they have 2 way transmission.

There are 2 basic kinds of decoders/receivers.

The first is intended to go into the locomotive usually referred to as "onboard", has pins to plug into the Aristo socket, and is small. The current capability is good, 5 amps continuous, 8 peak.

The second type has "evolved" from the original "Train Engineer Trackside" unit, which was intended to power a layout. The product has evolved to a board much smaller than the original 27 MHz equipment. The first of these for the Revolution system were sold just as a board, no case, and were eventually renamed to "super receivers", and will be referred to as a "trackside" unit. Note that people have mounted these in boxcars and run several locomotives from it.

Also, realize that Crest has a long history, originally part of Aristo-Craft, then spun off as a separate company, but still owned by the Polk family. Later when Aristo-Craft went out of business, Crest Electronics existed for some time, still owned by Lewis Polk. Finally it was apparently sold to "JK" who is one of (or the) original designer(s). Interesting Navin S. has been with the company all along, and they are lucky to have him.

Be sure to go to www.revoelectronics.com and create a login and then you can download all the manuals. You cannot download the manuals without a login.

The original units were motor and lights only.

Later Crest made them available with sound, first diesel, then later steam 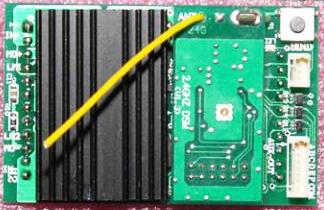 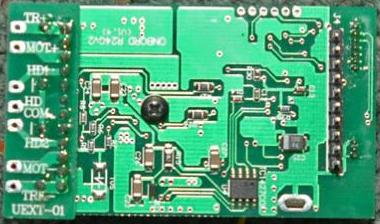 Note, there is a small 5 amp surface mount fuse, on the picture of the underside, it is in the bottom right corner, a horizontal unmarked surface mount device.

As of 2017, the original, non-sound receivers are no longer produced, and there is a 50% price increase. It's still the cheapest R/C system out there with sophisticated features.

The units look a bit different, the easy way to identify them is the two large caps between the heat sink and the radio board. 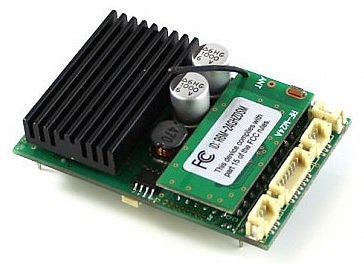 On the original sound files, there were a few troubling points, like the horn blasts 5 times every time it is triggered, it is impossible to get a single horn toot, and no crossing signal I have heard is 5 blasts, but 2 long, one short and one long.

Also recently discovered is that the bell is not on or off, but it rings 8 times and then quits.

I have yet to evaluate the new sound files in 2018. I would think these would be easy to fix in a firmware update.

Warning: Some of the onboard units apparently violate the very standard Aristo established. Pins 4 and 6 should be supplying rectified track voltage and ground. These are used for references for the lighting outputs, and normally other functions. This new board does not, so plugging this unit into a Bachmann loco will not power the lights. This may have been corrected with the newer units, I need to verify.

When first released, the newer sound units come in exactly the same box and with exactly the same instructional CD as the old non-sound units. Neither the box nor the instructions make any mention of sound. The picture on the box is of the non-sound unit even though the new TX has a few cosmetic differences (gray, rubberized keys and a smaller antenna nub). There is a one page printed sheet in the box with a drawing of the new RX board and very brief instructions about turning on the sound.
Of course this has been corrected in the latest units.
The linking switch was also removed from the receiver board, not a big deal since you normally want this externally mounted.
The new transmitter is missing the jack in the bottom for recharging batteries, but not a lot of people used it.
Also, there used to be a six-pin socket inside the transmitter battery compartment, for updating software.
The sound quality is not bad, you get what you pay for. There are only 3 sounds, unlike higher end units, engine, bell and horn/whistle. The bell and horn are fine, but the bell seems overly loud. The engine sound is typical of lower end units, kind of like a grinding sound.
A big downer is that the same bell and horn sequence is played every time the loco starts to move. I think there is a way to turn this off, but when you blow the horn/whistle, it is an ATTEMPT at a grade crossing sequence, but it's the WRONG number of "blasts"
The bell shuts off automatically after about eight rings, there is no way to leave it on continuously.
The manual horn is a five blast sequence no single blast is possible. There is a nice little brake squeal as the locomotive comes to a stop.
Again, all of this should be easy to correct. This unit had the terminal strip screws removed to allow wires to be soldered to it directly by the user.

This is the original run, no case, no sound. They were originally called "Trackside" since they were intended to power the tracks like the original 27 MHz trackside units.

Strange they were never in a case.

Below is the original Super Receiver, note no mounting bosses for the fan. Shows the Crest logo 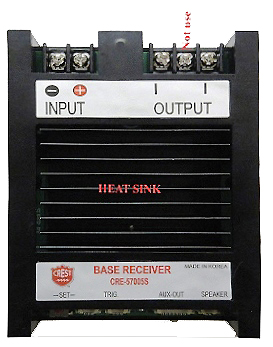 Notice the nubs on the case for mounting a fan 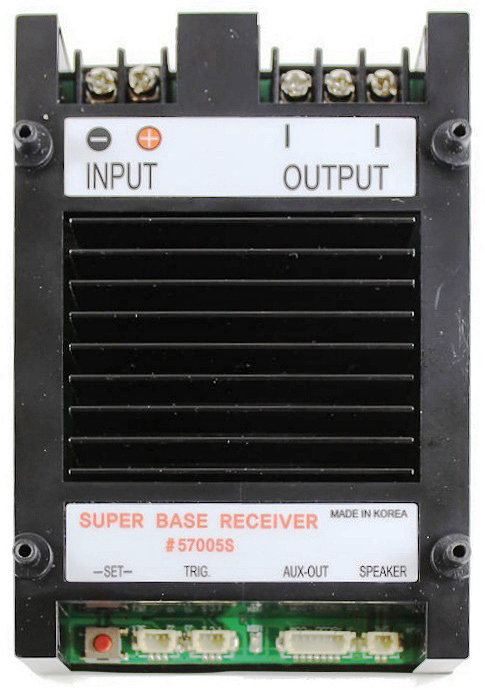 And below is the new 2017 Linear super receiver: 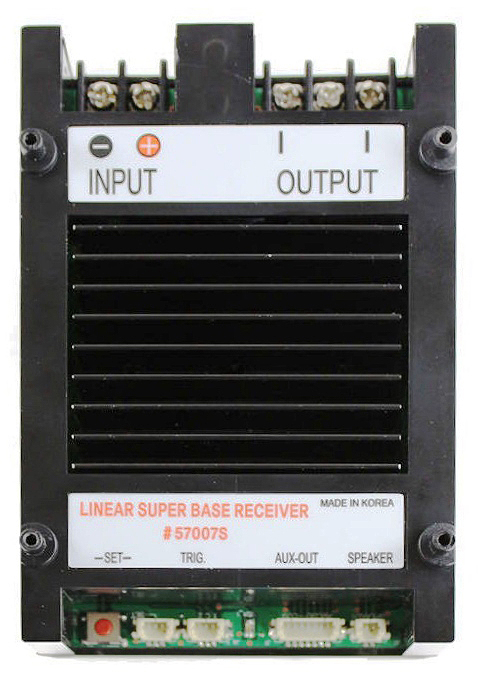 Note that there are 3 output terminals on both super receivers. The center terminal is not used, and is for some future expansion, as of yet unannounced.

You will also note that there is no external fuse, it is now internal, and the overcurrent circuitry has been beefed up, so the external fuse is not needed.

The inputs are polarity sensitive as before, and never connect power to the outputs.