This was an ill-fated product line. Basically it did not have the intended better performance, and, supposedly one critical part became unavailable. The real reason was the limited power capability, and the terrible range of the system. One important note is that the receiver now plugged into the Aristo socket, a great step ahead.

There are indeed people who successfully use the system, playing with the receiver antenna and keeping the load down will work.

Aristo eventually stopped production and went back to the 27 MHz systems only.

This unit plugs into the "Aristo standard" socket. I believe this frequency was tried to help avoid range and interference problems. (It really did not help). This product is likewise out of production.

The picture below show the board, the long wire is the antenna: (the wire is just wrapped around the board temporarily) 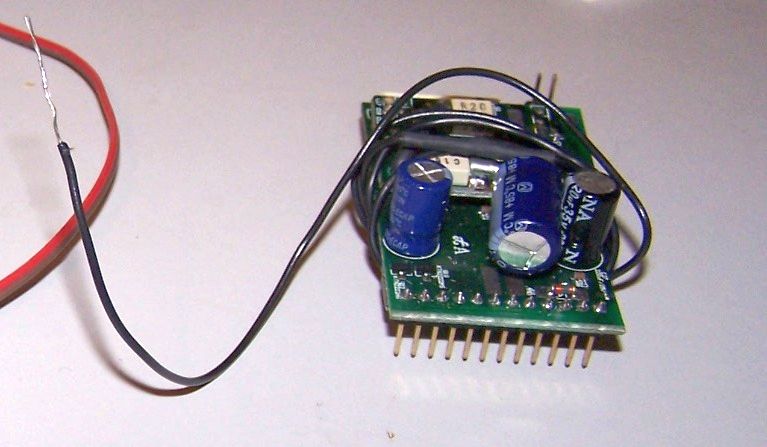 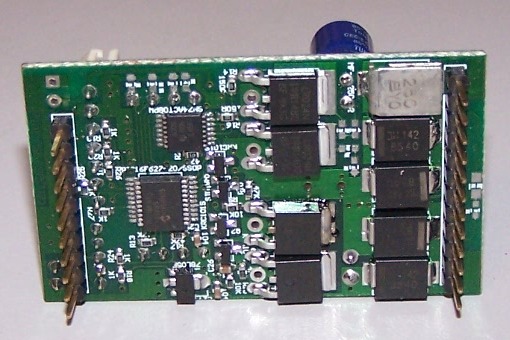 The picture below shows the top of the board, the RF radio is the smaller board on top.There is the 7 pin socket for output functions: 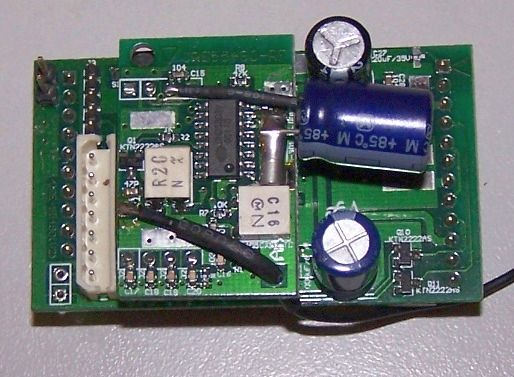 Actually, the board is two boards connected together. The smaller, top board is the receiver. This shows the two boards pulled apart: And with the receiver board upside down showing it's pins to connect to the logic board:

There was a plan, and apparently prototypes built for a 27 MHz receiver to fit this main board, why it was never produced is a quandary, with the Aristo socket standard on all newer locos.

The long white socket you see is for the connection of an accessory board. ***need*** (we'll have to wait until R.J. sends me a picture!)

There was also a CRE-55495 accessory board, I believe it was a separate receiver. will have to confirm and get pictures.

This unit was supposed to be the next great thing, but people had more range issues with it than the 27 MHz units, and then production went away due to the apparently to the unavailability of the main chip. The functionality was like the 27 MHz system. I suspect that the poor range, the cost of a 2 board solution, and the limited power output we much stronger factors. 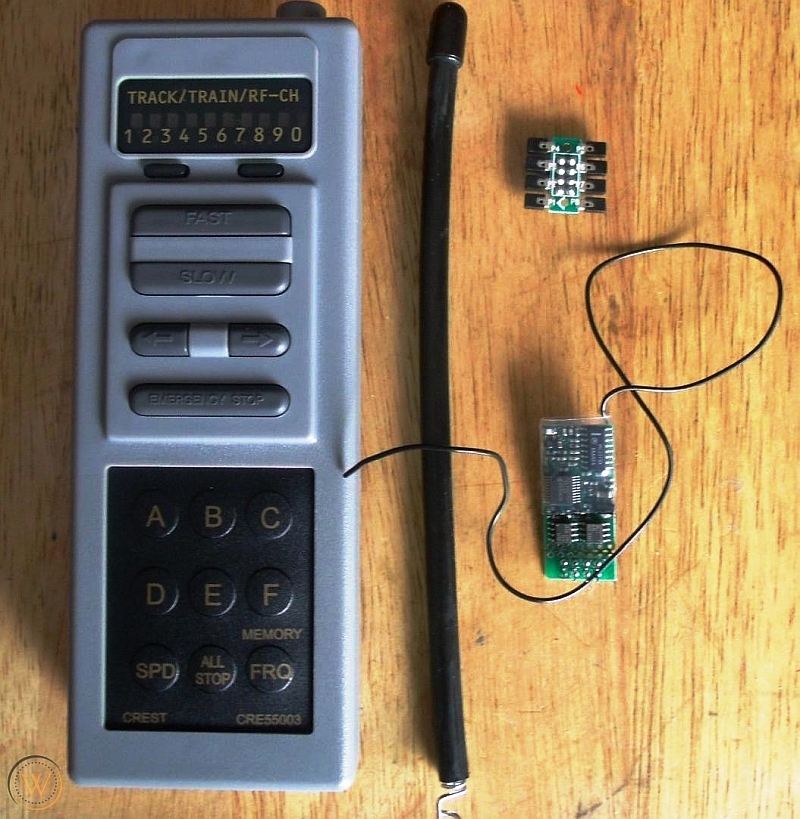 This is a board that operates 5 relays

If you hit the emergency stop button, you may have to cycle the power to the receiver.

When linking, you press a button to finalize the linking AND set the momentum.

Buttons A through F are used

A sets the minimum momentum. Momentum set by F is almost unuseable, many people think the system is damaged or not working when momentum F is selected, be aware!

The TRACK # does not change the frequency. This is for the "gray" transmitter. If you have a black or orange one, it is 27 MHz.