Layout pictures from the Fairplex in Pomona, 2010, the MLS group

First, the MLS crew at the "pizza dinner" 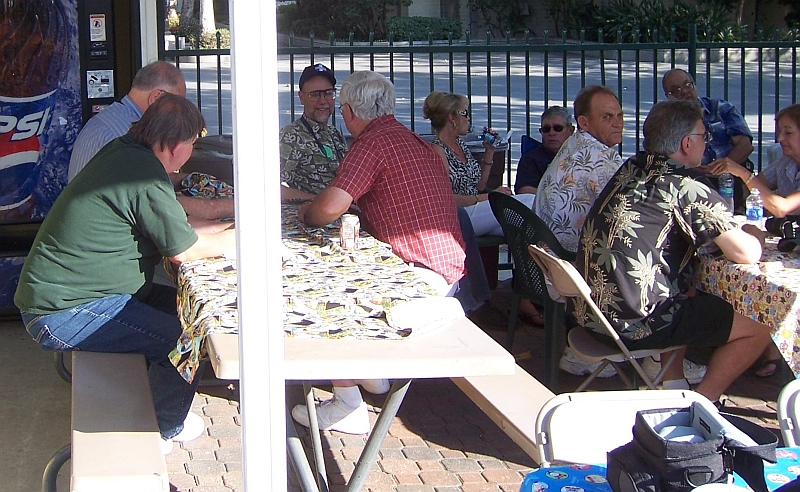 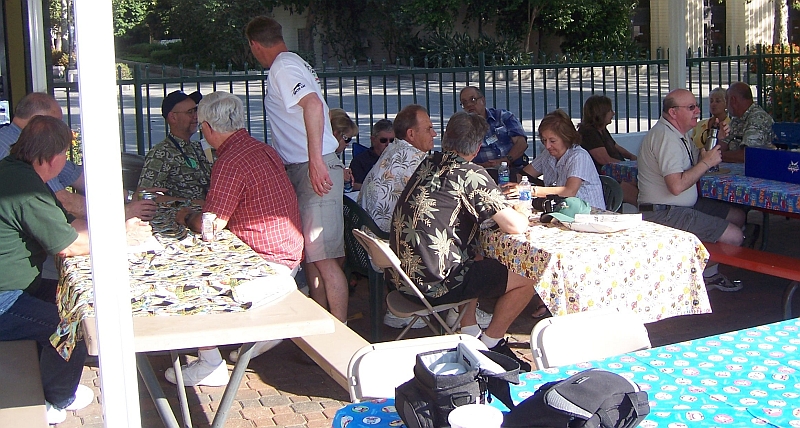 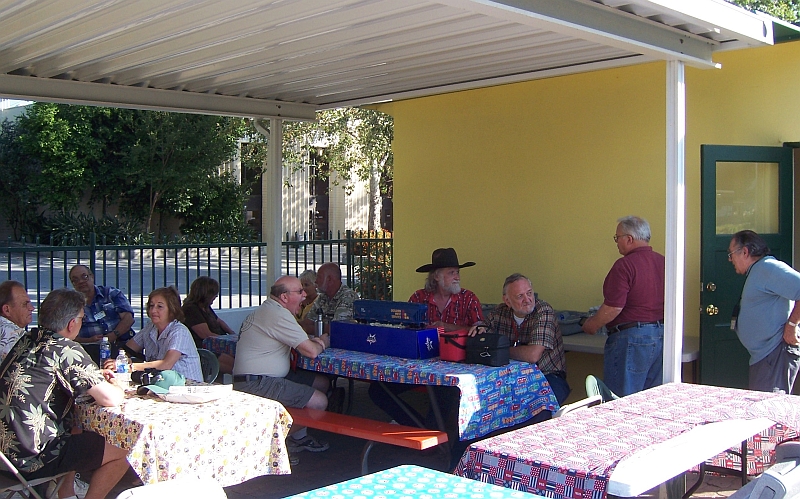 Question: Did Stan run off with most of the pizzas? We may have caught him red-handed here! Next, some of the original rolling stock, some from the 30's

I have to make sure of all the details, but apparently the story goes that someone was interested in having a trolley in Pomona. The local high school shop teacher was approached to make a scale model of the proposed trolley. It was apparently noted that while a beautiful model, it just sat there on display. One thing lead to another and some track was laid and the trolley model ran around the track. Things progressed, and the students of the shop teacher made 1:24 scale trains as their projects, and this is how the layout was populated with rolling stock.

Here are some pictures of these original locos and rolling stock: Now to the layout:

Here is the control panel. The system has automatic block control, and there are 3 main loops, the red, orange, and blue loops. There is also a separate "mountain district" in the Southeast corner of the layout: