Dwight built this great looking 4-4-0. I was surprised at the amount of woodwork that was involved. 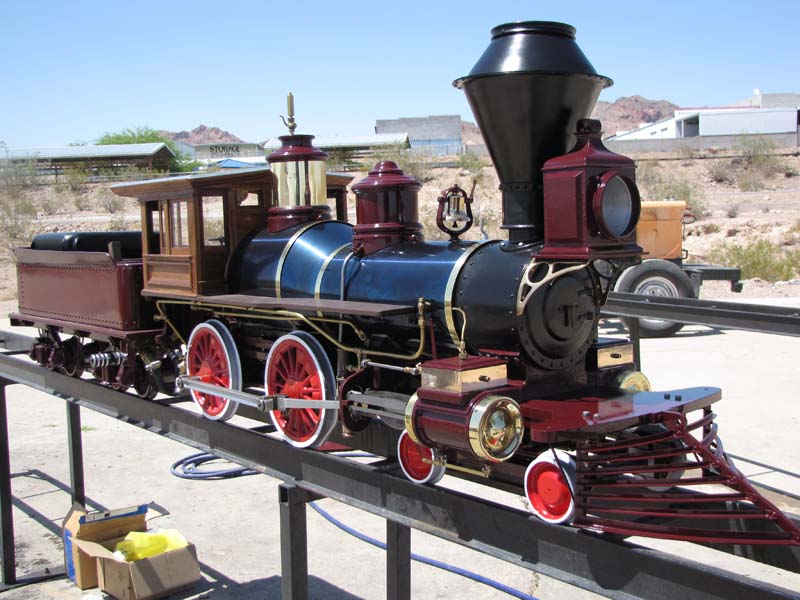 I'll get Dwight to cough up some details on the construction. I was following his build log, a lot of work!

Dwight moved a while back and retired (I'm jealous). He's working on a new layout in his new place.

Here's a track plan of what he is working on:

Notice the "runaround" on the main ladder track, and the industry tracks on the outsides of all 4 sides. 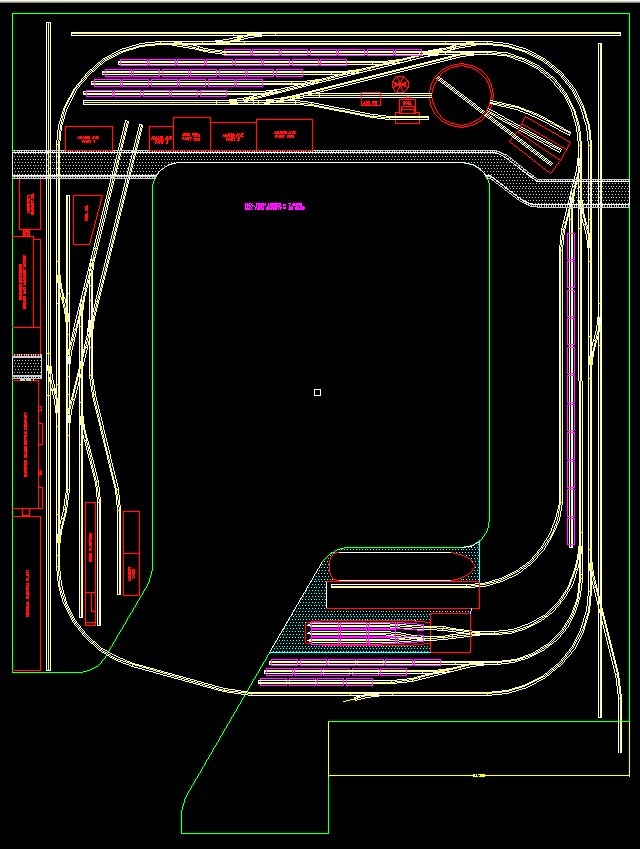 below is an earlier version 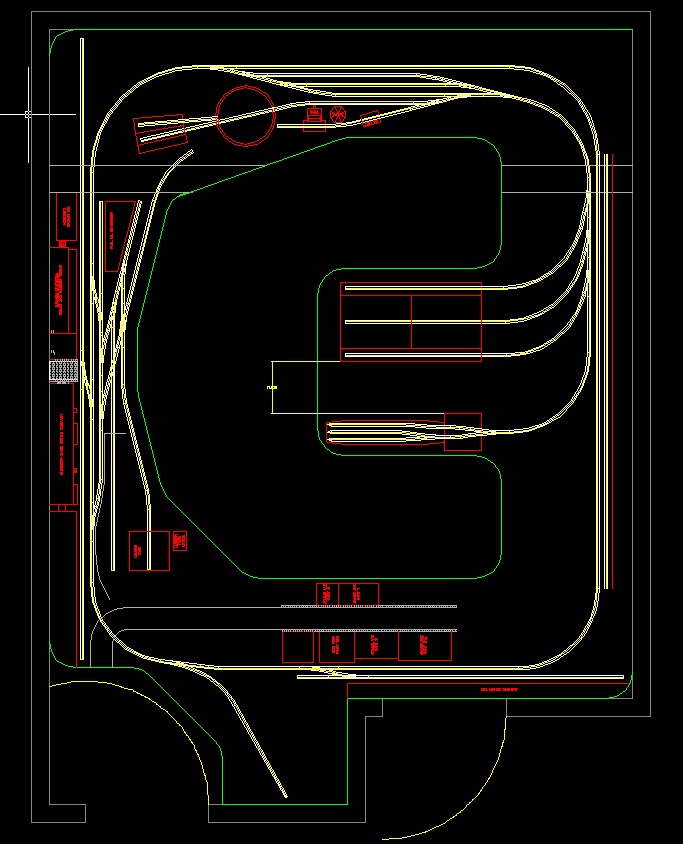 Here's some explanation from Dwight:

"Thought you might be interested in seeing what I’m developing here.  It’s an HO switching layout loosely based on the Proto 87 layout “Federal Street” – though I have far less length than that builder had.  Still, it will allow me to shuffle some cars around in a prototypical fashion (switch lists, car cards – haven’t decided yet).

The framework consists of two hollow core doors covered with 2” insulating foam as a base.  The doors will rest on standard wall shelving brackets aka Ian Rice designs.

Track work on the upper right door is in process.  The main line (which runs the entire length of the door) is laid on cork roadbed, while all sidings and spurs will rest directly upon the foam.  Behind the track against the wall (top on the drawing) will be a row of 4-7 story brick industrial buildings – these being serviced by the long spur along the top.  Should provide some interesting switching as cars already spotted will have to be moved to spot or pickup from industries behind them on the spur.  Other than the upper spur, main line, and the layout of turnouts on the siding below the main, nothing is fixed in concrete yet as to spur routing.  Much will depend upon the industries I choose to use.

Haven’t decided much on the left L-section yet other than the main curving down.  I’m thinking perhaps a car barge at the bottom-right corner, and maybe a pier with pier tracks at lower left.  They would provide another way to generate traffic.

Time period will be early 50s to early 70s depending on my mood.  Power will be GP-9s, GP-15s, and a GP-38-2 – all Athearn Genesis with DCC and sound.  Rolling stock will be high-end Genesis and others with separate grabs, etc.  Still trying to decide how to control the turnouts, but I’m leaning towards Blue Point switch machines with R/C cable running to knobs on the front fascia."

Dwight has also done some fantastic buildings, I need to update the pictures and get some more (hey Dwight!), but here are some to whet your appetite: I believe Dwight started this a bit shorter, and then found he had to lengthen it for his layout. I really like the texture on the building and all the small details. 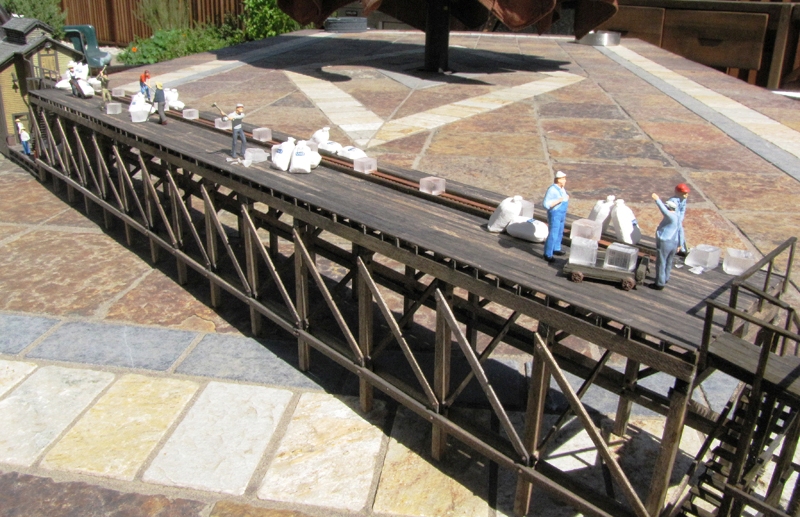 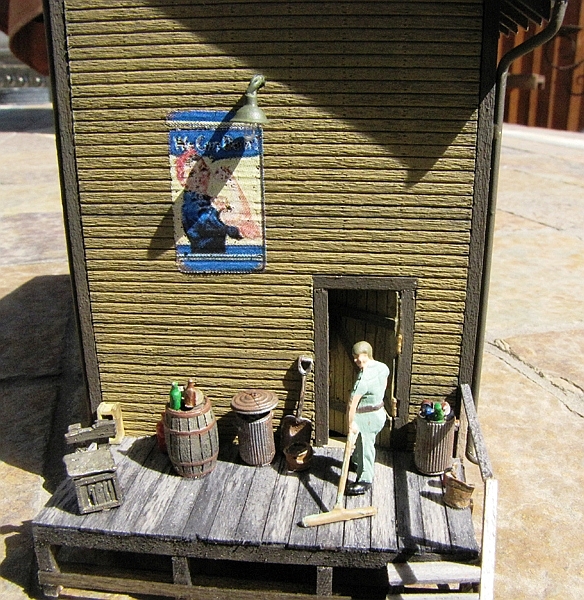 This layout is designed for operations, see the video below. More to come.