(most pictures and schematic courtesy of Dan Pierce).

This is a relatively new product from USAT, available in brass only.

I will contrast this switch with the Aristo #6, since there are very few #6 code 332 switches available.  Even though USAT and Aristo are made in the same factory, they are of much different construction.

First the USAT frog is cast in brass, as comppared to the soft plated pot metal of the Aristo. The geometry seems to be better, especially at the point of the frog. 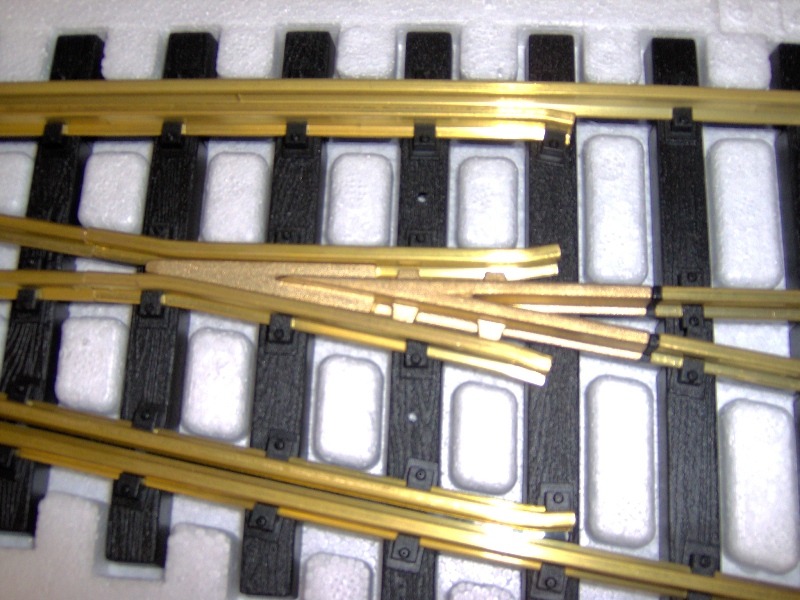 The switch has contacts that will allow the switch to throw over if a train approaches from the "wrong" route: 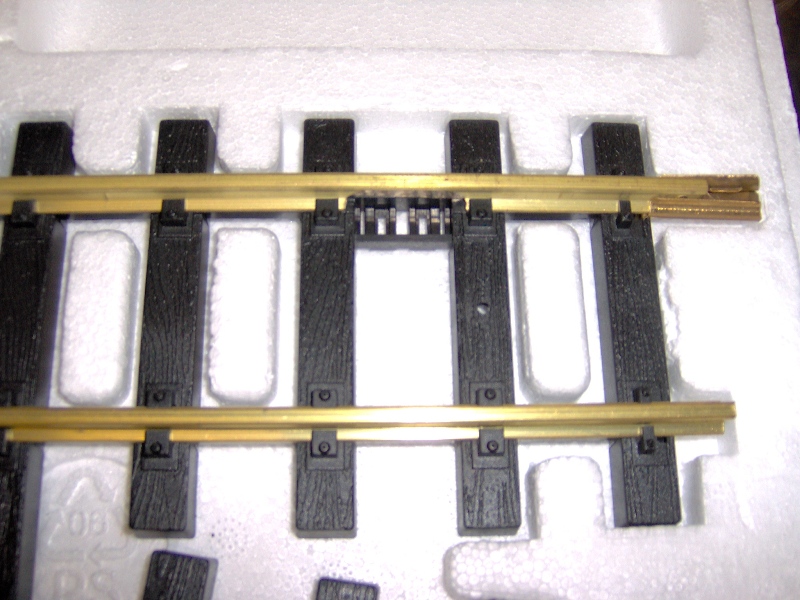 I'm not sure how the contact works, but many people have stated this part is unreliable.

The main concern is how to power the "live" frog. The electrics are different from the Aristo, but really not an improvement, unfortunately there seems to be a problem with the power being changed to the point rails BEFORE they have broken physical contact with the stock rail.

The result is often sparks and electrical damage. I will report as more experience is gained, but currently one person who I consider an authority, has told us that USAT will take the switch back and turn it into a manual switch, removing the switch motor.

I need more information about where the electrics are housed, and if they "go away" when converted to a manual. 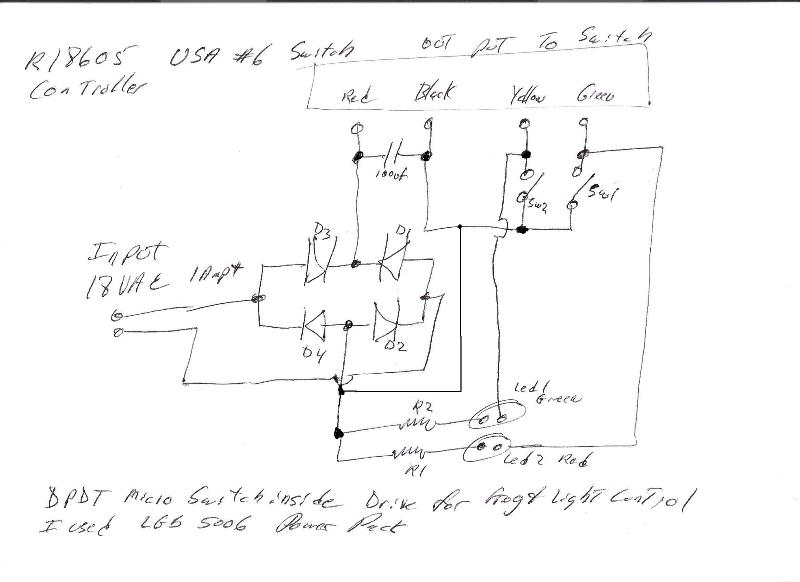 USAT track is in brass only, and made in the same factory as Aristo. The rail joiners are identical to Aristo, with small hex cap screws to secure the joiner to the outside of the rail. As with the Aristo, one hole is normal in the joiner, the other is a horizontal oval to allow connection, mostly due to manufacturing tolerances in where the holes are.

As with Aristo, this provides a very poor electrical contact, and rail clamps or soldered jumpers are recommended.

The ties are larger and spaced more like the Aristo euro track.

Like Aristo, they make a toylike 4' diameter switch, like LGB too. Don't try running any sizeable loco through it!

Unlike Aristo, the rails fit snugly to the "spikes" and the gauge is much better controlled. The Aristo spikes normally don't even touch the rail, the rail is positioned and secured from small screws underneath.

The brass composition is also different, it tarnishes differently and to a different color that Aristo.

My opinion is that if you had to choose between them, the USAT is definitely a superior product.