Aristo used to make smoothsides. I believe these were in early competition with USAT, until Aristo came to the conclusion that they need to accommodate sharper curves.

Too bad, they were nice looking cars. Unfortunately, Aristo only made a coach and observation. More body styles were planned, but never made. Recently (in 2007) Lewis promised a dome car and a diner, and gave the part numbers for each. The next week, there was only one part number a dome/diner. Now, in the end of 2008, no comments, just delayed.

Would like to make smoothside consist, there was the valley flyer, silver with yellow and red stripe, and the "blue goose" paint job, silver top, light blue on the windows, dark blue below.

Aristo made the coach and observation, out of production, they advertised in 2009 catalog, but no production plans yet, the two new cars have no pictures in the catalog.

Overall view of a Santa Fe observation car. This was an unusual color scheme for Santa Fe:

The picture below shows the nicely detailed end: 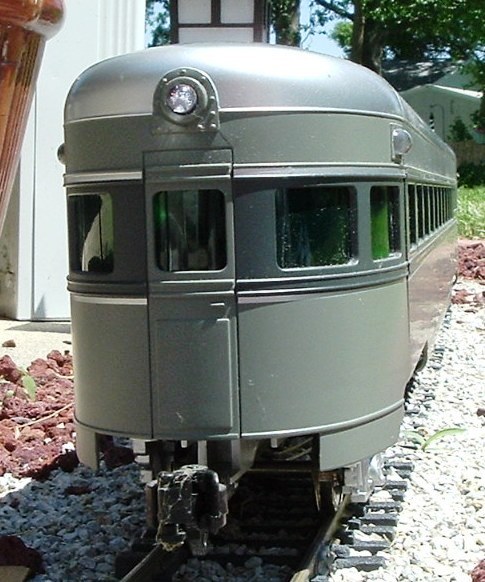 The shot below shows the road name and the car name:

And finally the front of the car: 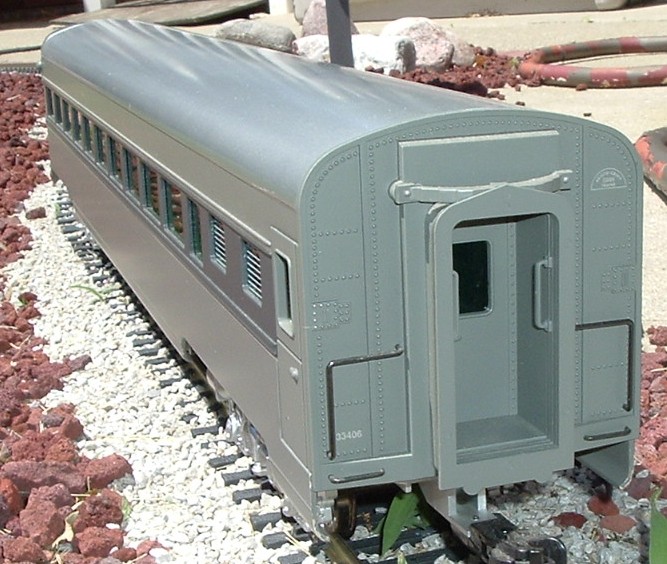