The scale of this loco is about 1:22.5, designed to compete with LGB locomotives originally. 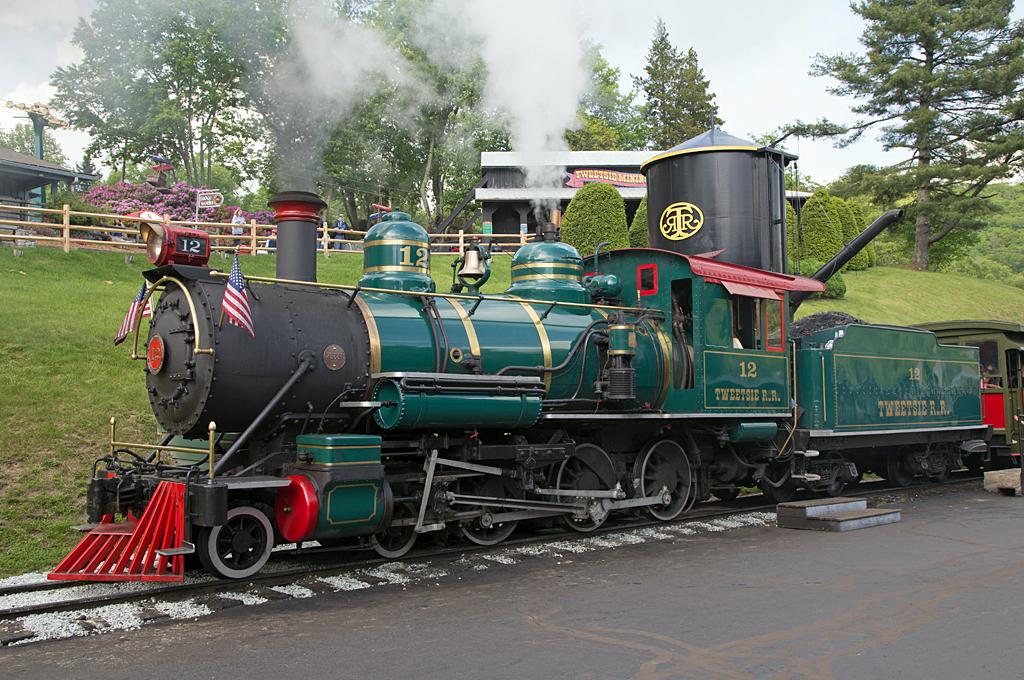 It has been continually improved over the years, so it's common to try to identify the "generation" so as to know the "quality level" when buying a used one.

On the chassis with the gears retained by pins pressed through the chassis, only one end is knurled, so when pulling apart, only push the pin out a bit, and see if it's the knurled end... if not, push it out the other way, so as not to force the knurling through the gear.

Special thanks to Dave Goodson and "Loco" Bill Canelos for the majority of the information and pictures here.

The loco has 9 screws to take off the boiler.

When you get all the screws removed, the air tanks on each side pull straight out. There is also an "air line" made from wire that goes between the two tanks, with a little "bow" in it to clear the boiler.

Be sure to remove the ends of the "brass" handrails that go into the boiler. Just pull them straight out, don't remove the bottoms.The tender has screws in the 4 corners.

Now the boiler should be free to move.

Everything else comes apart pretty easily.

As I recall, there is actually a press on red plastic part on the switch in question. If you carefully remove that, then the shell can lift off past the actual switch.

The Top Side
Pry the pilot support rods from the sides of the smoke box
Remove two long screws under the cab
Remove two short screws from the sides of the boiler near the lower center of the boiler
Remove the extra long screw under the cylinder saddle
Remove four long screws from under the air tanks. The tanks will fall off.
Carefully lift the shell off. Be careful about the wires to the smoke unit and headlight.
Do your stuff
While you're in there, glue 1 or 2 lbs of lead on top of the cast iron weight. Note that extra weight will add capability to pull more cars, which means that you can make the motor work harder, which means that the motor will run hotter. If you haven't reinforced the motor mounts, adding weight WILL result in rapid failure of the engine.
Reassemble in opposite order.

Can no repair be easy?  I am unable to get the boiler and cab assembly off.  I have removed the three screws that go vertically into the chassis from below, on screw that goes in vertically between the cylinders, and two that go in horizontally on tabs half way down the boiler.  I have check to make sure I have no detail parts linking boiler or cab to chassis.  I can start to lift up the cab, but it hangs up on the sound's on/off switch. What am I overlooking here?  Do I have to figure out how to disassemble the cab?

On my Big Haulers there are also 2 screws up behind each air tank. And upon retrieving my SPC Annie from back row of top shelf, dang it's dusty, it has same 4 screws up behind the air tanks.

Looking at mine which it has been a couple years since I've had apart, the cab is not encountering the switch, it is the upper boiler piece doing that.

And if I remember right it is necessary to lift up front of boiler top part because running boards have an interior lip which retains them.

Replace rather than repair?

Please note that in general, it may be easier to replace the entire chassis with a brand new Generation 5 chassis, which can be bought from Bachmann, and these are inexpensive and often on sale for about $50. Many of these earlier Big Haulers will quit running and have multiple problems, and even if replacement parts are available, the designs are such the problem will usually occur again. Realize these chassis are complete with motor, gears, drivers and siderods.

Here is a simple outline of what it takes to put a modern chassis into an earlier Big Hauler, courtesy of Adam Dziuk:

I've put these Annie chassis under all of my six Big Haulers, you'll be happy you did. You might want to buy the proper pilot braces and screws. But if not, you can either use the Big Hauler pilot and braces or you can use the new Annie pilot and drill a hole, the same size as the old brace, directly between the two small screw holes where the Annie braces would mount. I've done it all these different ways but eventually used all Annie pilots and braces. Much better detail. Adam.

Quite often the entire chassis with motor, gearbox, wheels and siderods are on sale for the cost of a motor and gearbox.

On the Bachmann site there are several chassis, I will try to list what they are:

Following is a history/spotters guide to the SIX generations of the Big Hauler, which were most focused on the drivetrain.

The first generation was battery powered, had a simple remote control system, and had a small motor, plastic wheels. It had a multigear gearbox. The motor was 6 volts. You can turn the drivers by hand and the motor will turn. No worm, a right angle spur and crown drive

Early Big Hauler drivers are plastic which is driven on to the axle (and quartered).

All units were shipped with an accessory cable with a Tamiya plug to allow a standard 7.2v 6 cell packs to be connected. Note the big battery compartment in the chassis below:

The second generation used the same gear train, but had a 12v motor, and ran from track power. The motor block has a smooth bottom cover. It still used the 90 degree spur and crown drive.

There were variations in the gear on the motor, the picture above shows a gear that is "cut" the length of the gear.

The picture below not only shows a cracked gear, but note that the gear teeth do not extend the full length of the gear. A tip from "Loco" Bill Canelos: you can tell this chassis externally since you can rotate the drivers by hand, it's the only one in all 6 generations in which this is true.

The third generation was also called the "Plus" model. It has a better motor (but a weak motor mount), better gears inside (idler and axle spur gears). The bottom cover is still smooth, but you cannot turn the wheels to turn the motor. this is because the drive used a worm gear.  The motor mount would let the motor to move away from the cluster gear and strip it. People usually used a big ty-rap to hold the motor in place.  The worm gear diameter is ~0.68" in diameter.

In the picture below, notice that the "motor mount" ring (on the worm end)  has come loose from the motor. This helps cause problems with gear mesh. There is a large, wide hump centered between the rear drivers on the bottom cover.

The motor worm directly engages worm gear, which is on the driving axle.

There are 2 variations in the gearbox. The first shown is with a single axle through the worm gear. It is surmised that this was to use up the rest of the components that relied on the single axle and the splined drive to the wheels. 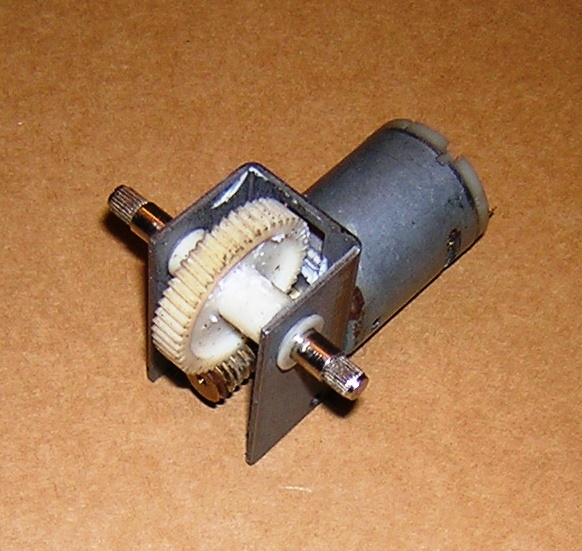 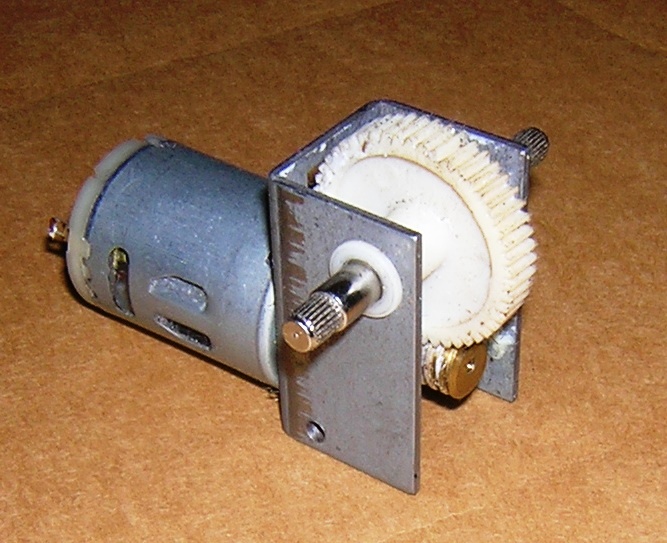 The second variation on the gearbox shown below uses a gear that takes square ended half axles. Unfortunately these crack/split differently, see below:

(please note in the picture below the owner has moved the nylon bushings from the outside to the inside in an attempt to limit the side to side gear travel.) The damage seen here was caused before the repositioning of the bushings. This is unnecessary, as you can see, the gear was worn evenly in the center - after accounting for the extra side force from the worm rotation.

Therefore the wear occured while the worm gear was centered under the worm, the issue was not side play, but just worn out, possibly excerbated by the typical loose motor, since the screws that hold the motor in place are only accessable through the gearbox, so many people do not discover this until too late. This is a common issue with this gearbox. There are 2 types of worm gear:

The gear that is made of 2 pieces and has the square hole in the center hub is pictured below, and it is quite flexible:

When this gear lets go, it basically shreds into rubber dust.

Notice the splits in the hub on both sides. When this happened, the motor and gear would move but not the loco.

The worm gear was actually an assembly. The inner part attached to axle hub with 4 pins that was "heat riveted" to the gear. They did come apart, and there was no way to repair. When the hubs crack, you normally put a brass sleeve on them: 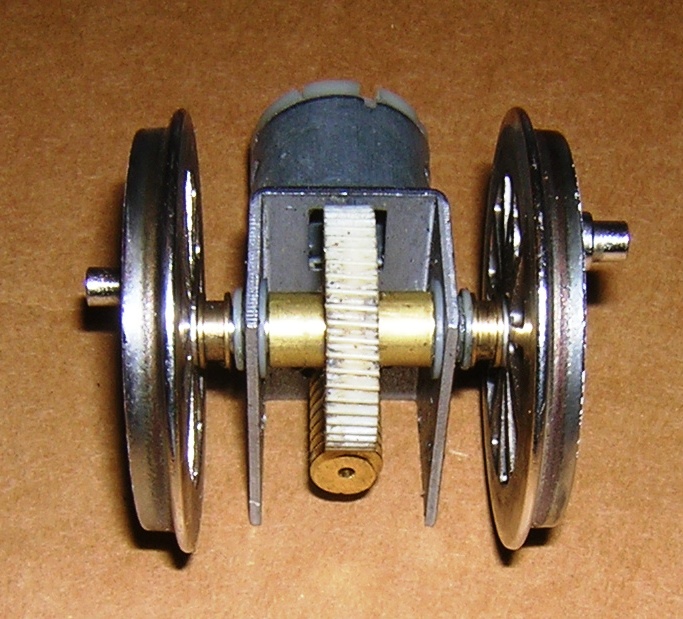 When doing this fix,  you need to put thin nylon washers on the inside of the U channel of the gearbox, so your brass sleeves do not grind into the metal sides of the gearbox.

The stock nylon bushings on the outside keep things from moving too much side to side, the brass bearings (nearest the wheels) could touch the metal chassis and make a potential short.

Note if you do this fix, you may have problems on 4' diameter curves.

There is a 3/8" wide hump offset (not centered) between between the rear drivers and a plastic lubrication plug the size of a dime to the rear of the hump. The fifth and sixth gen wheels mount on a solid axle with plastic pieces in and around the hub. The drivers were attached to the axles with screws.  Bachmann claimed Delrin is no longer being manufactured, so wheel bushings are now made of Celcon. Lots of rotational play in the wheel and axle assembly.

The picture below shows a generation 5 BH, but with plastic side rods. Some people believe all generation 5 locos have metal siderods, but this shows it's not true.

Below you see a generation 5 gearbox. Notice the screws to hold the wheels on. There is sort of a version 5A where the updated new style "swing" front pilot is fitted.

New front truck, which floats vs swings. Also apparently only in the new Annies, but remember you can buy an Annie with an earlier chassis, i.e. "new old stock".

So, when buying a loco, beware of the term "Annie", I believe it should always have greater detail, but as of 2020, it could be a Gen 5 or a Gen 6 chassis.

I'm trying to remember here. I think #2 drive axle is different, as in not a screw-on-drivers arrangement.

Cast, axle angled for mold release...wider at baqck of driver...will jam on brass bearing, causing it to spin in plastic. Had to file the axle all the way around to prevent that.

Can't remember 4, 5 or maybe 6, no idea right now, no fresh units to tear down and inspect.

Notice the axle coupling on this Ver 6.  Indicates to me same as 4 and 5, axle stub cast into driver.

1 & 3 have knurled axle bearings for sure.
No springing. Plastic chassis (and superstructure for that matter) are visibly same as Annie. Hump and bump on bottom cover same.
Front truck and mount all new.
Smokebox support rods are different enough to create a bit of a challenge.
Can't just remove one beam end screw per rod and swing aside clearing smokebox. About to be released as of march 2010, was to be here in May, first ones in July

The big change is the Socket, the Bachmann derivative of the original Aristo socket. 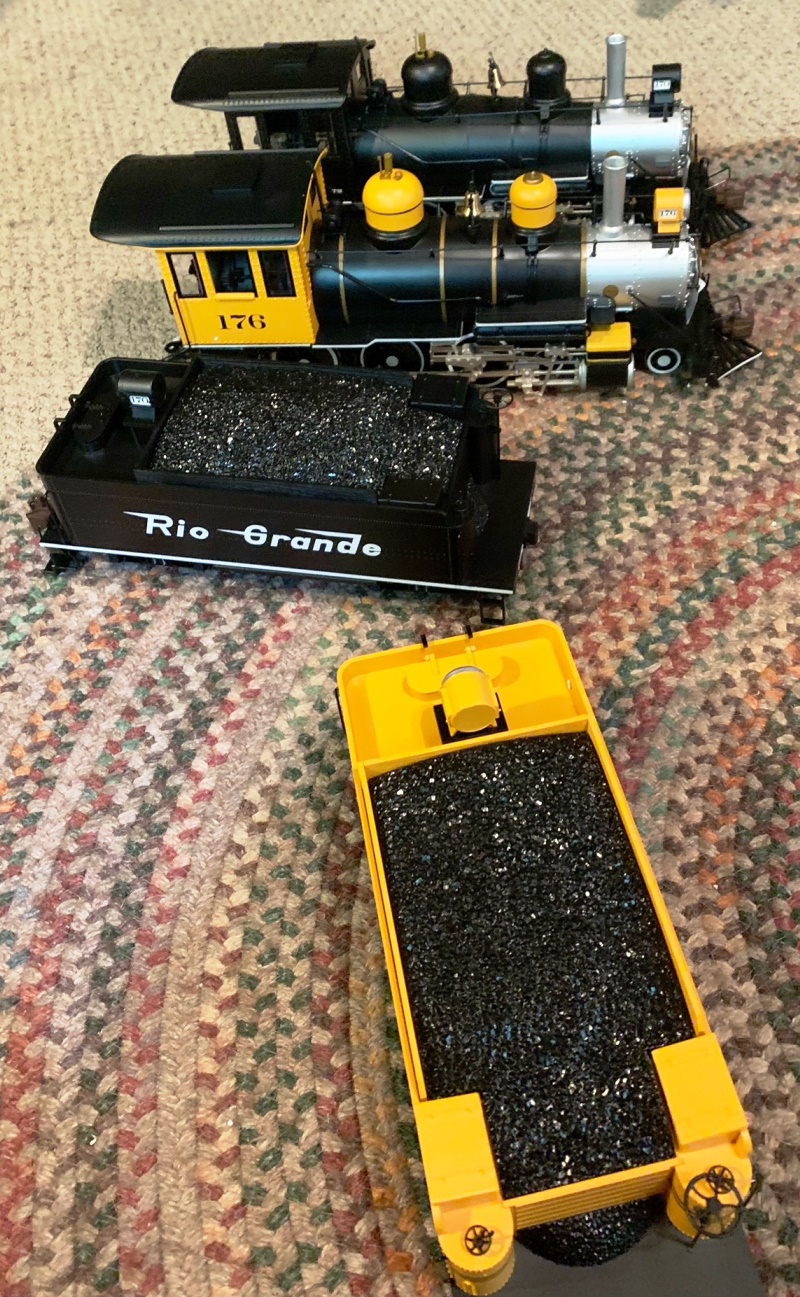 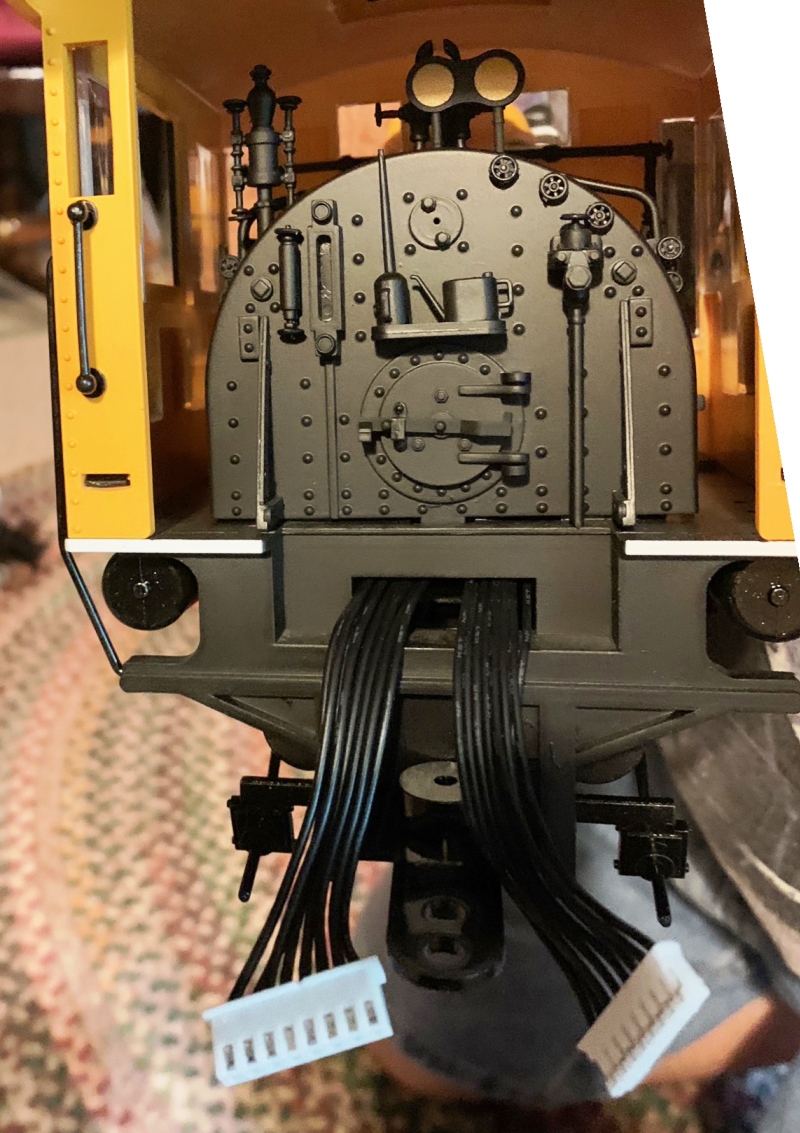 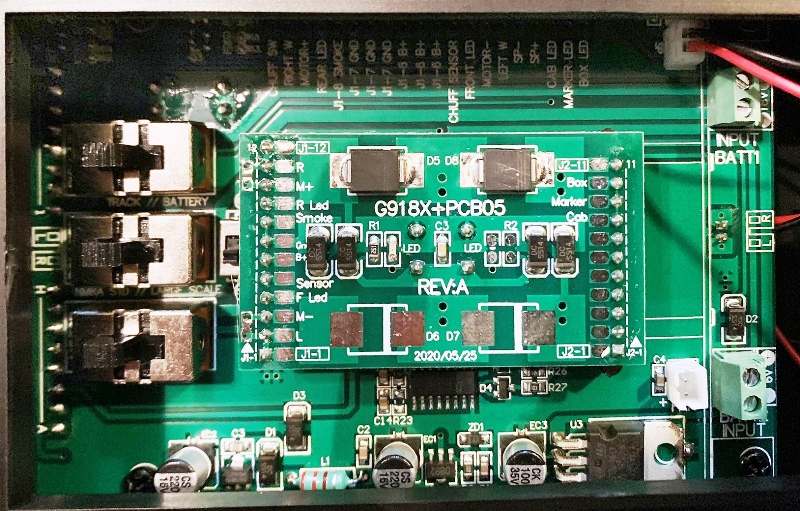 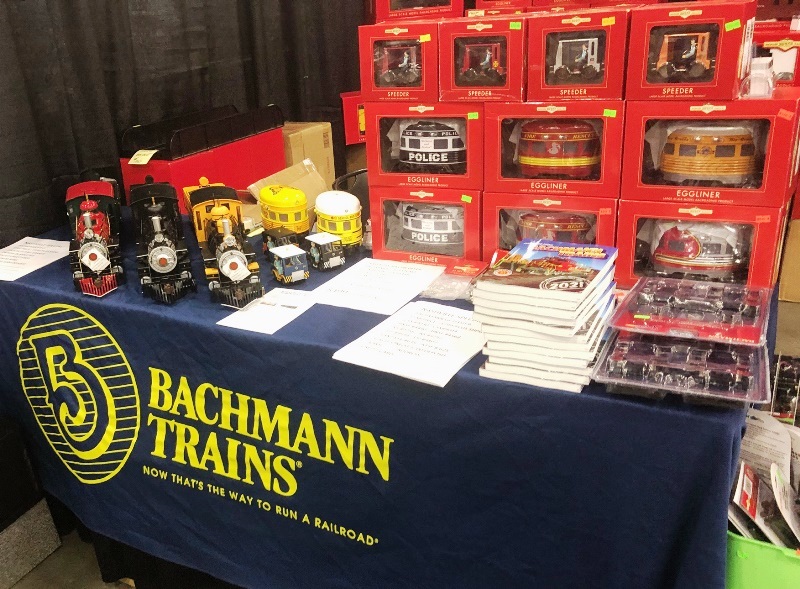 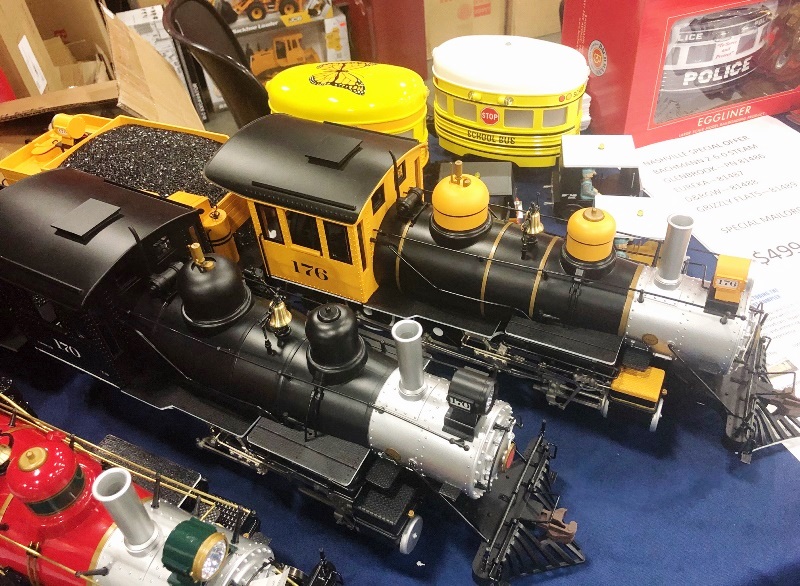 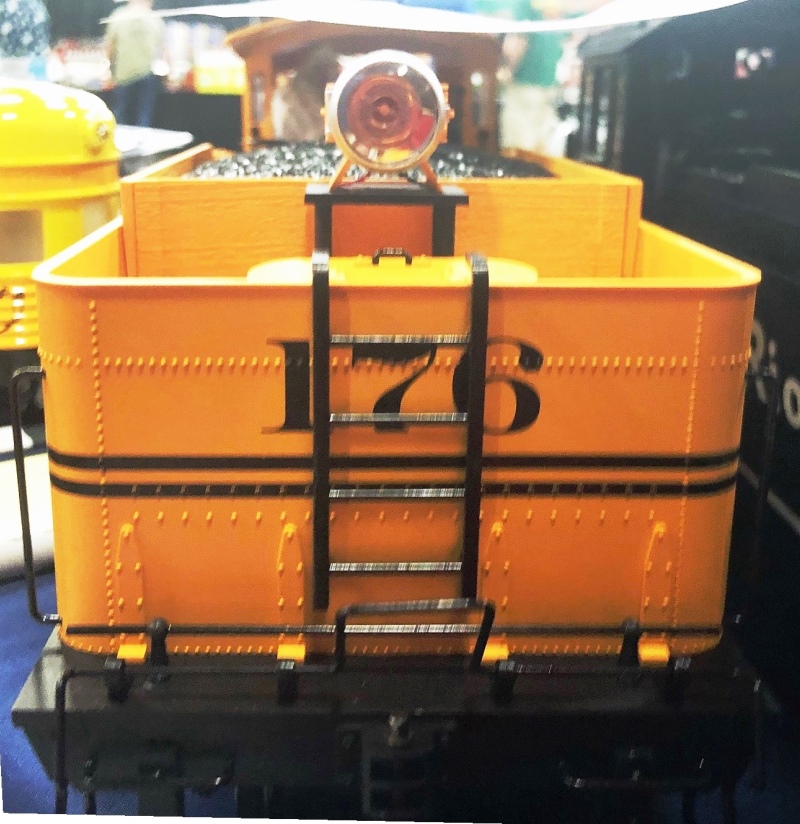 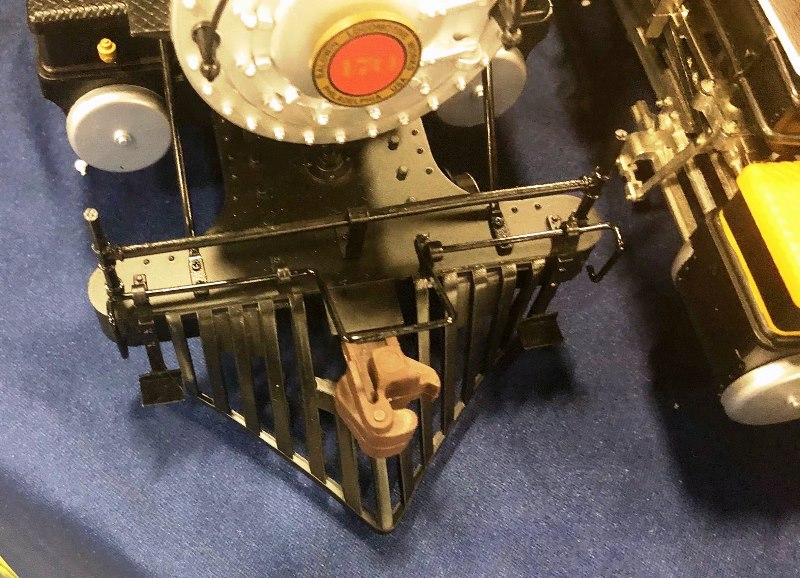