A very nice model of this prototype, apparently built from 1974 onwards. The data on the side of the model says built in 1978. This was originally mine, but sold to Ted Doskaris since it's too new for my era. Too bad, it's beautiful.

Unlike most of their 1:29 line, there is no provision for body mounting Kadee couplers. The picture below may offer explanation: 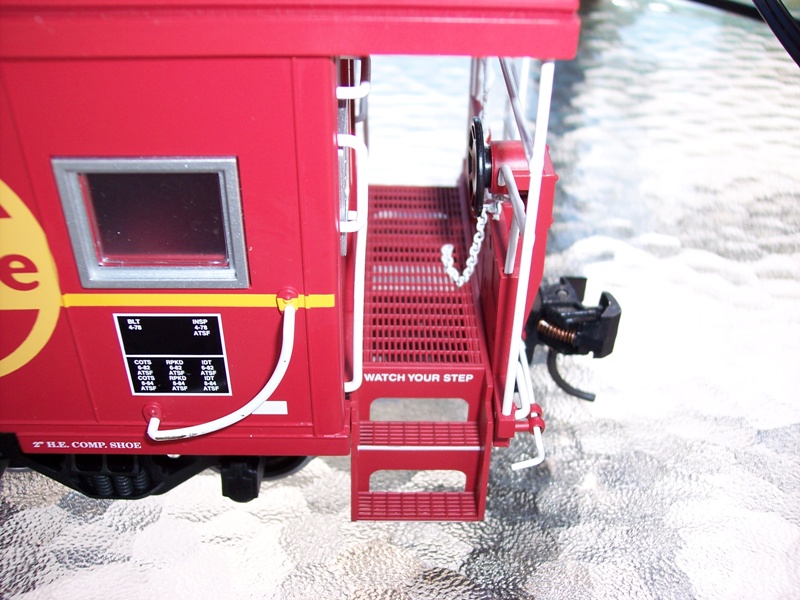 That's really beautiful detail on the steps and the open grid rear platform. I used Kadee 831's on the truck mount coupler tangs. After changing wheels (see below), I needed to add shims to lower the coupler, 3 of the Kadee small black retangular shims was the right thickness.

The caboose comes with carbon brush pickups. They caused a lot of drag, and before I learned how to do good trackwork, the extra drag on the end of the train gave me stringlining problems. So, I decided to replace 2 axles with LGB ball bearing pickup wheels. At first it derailed, until I noticed the LGB wheels were much greater in diameter, so I replaced the other 2 axles with matching LGB non-ball bearing wheels: 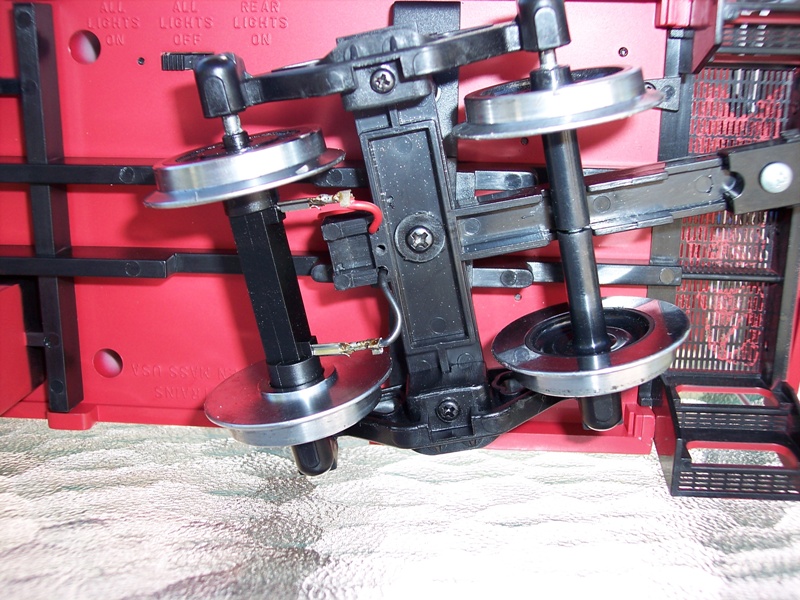 The power pickup is much better and absolutely no drag. The quality of the LGB ball bearings is the best of all I have found so far (Aristo, AMS).

Ted reports that it is 2.62 pounds as you see it here. 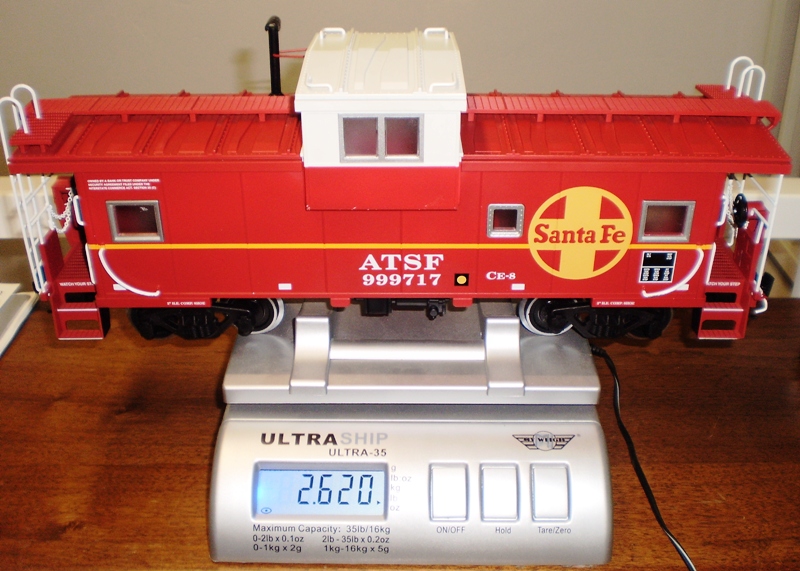