(Note: In addition to the coupler height, it is to be appreciated that the Kadee 880 gauge also includes a track width gauge and wheel gauge. The focus of this vignette is only concerned with the coupler height.)


The first thing to check into is some authoritative reference material.

I located an example of actual prototype railroad authored material of the 1950s era from the former Western Pacific RR. This material includes measurements of standard gauge coupler centerline height from the rail head. There are two possibilities in the drawings with measurements of 34 inches or 34.5 inches. 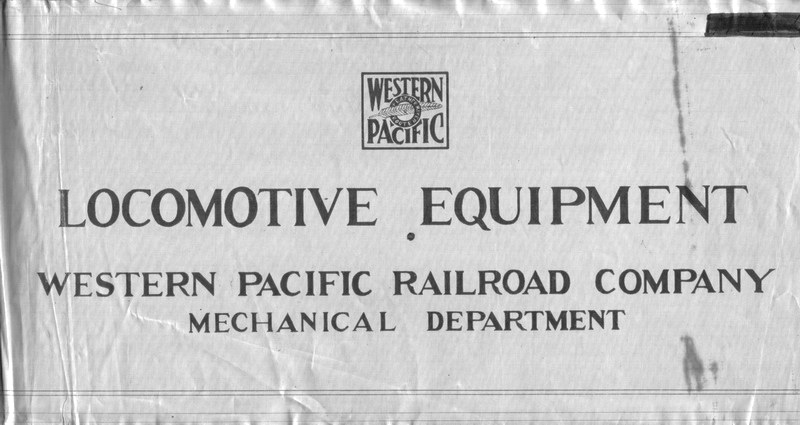 Note the EMD GP7 road diesel shown below has a coupler height dimension of 34.5 inches. 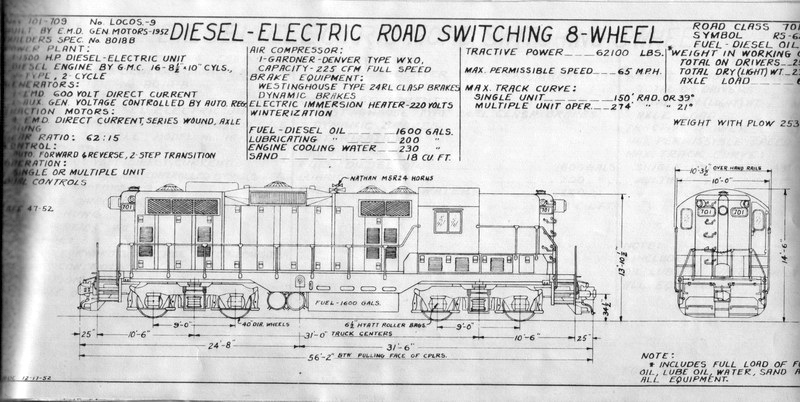 The GE 44 ton switch engine shown below also has a coupler height dimension of 34.5 inches. 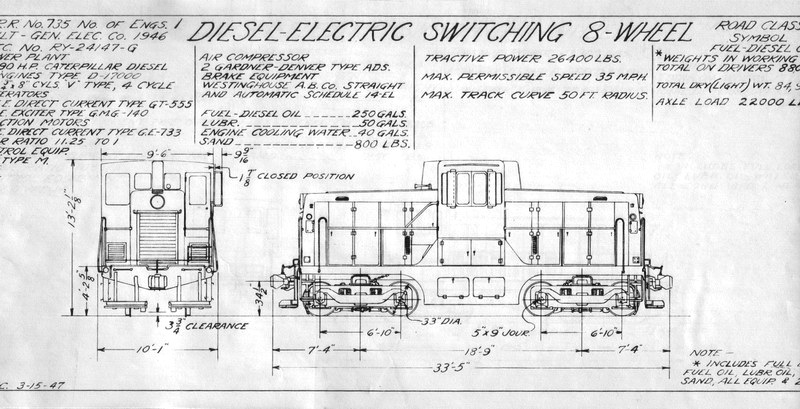 However, the EMD switch engine shown below has a coupler height dimension of 2 ft. 10 inches (or 34.0 inches). 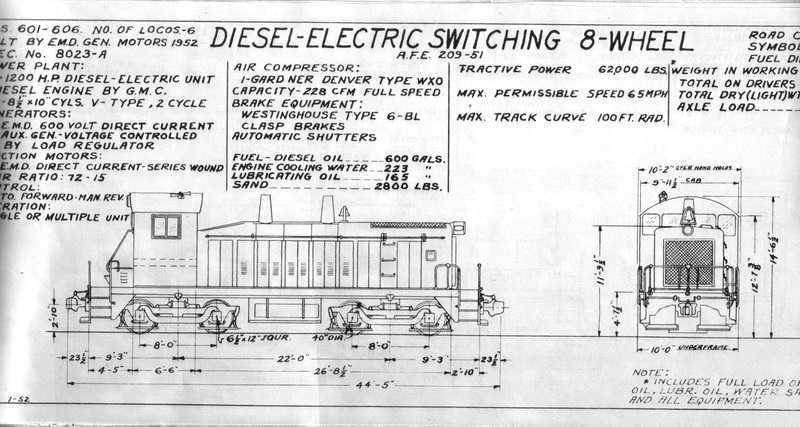 So what should the coupler height be? See below:

When looking at the table shown in the above link, note the following:

Shown below is an excerpt from the Kadee spec. sheet:

The Kadee 880 coupler #1 scale spec. for what they identify as "B" for coupler centerline to rail head is 1.0625 inch. Thus, it looks virtually identical to the NMRA specification (that appears to be rounded up) for "#I" scale.

Shown below is the Kadee 880 gauge example I acquired: 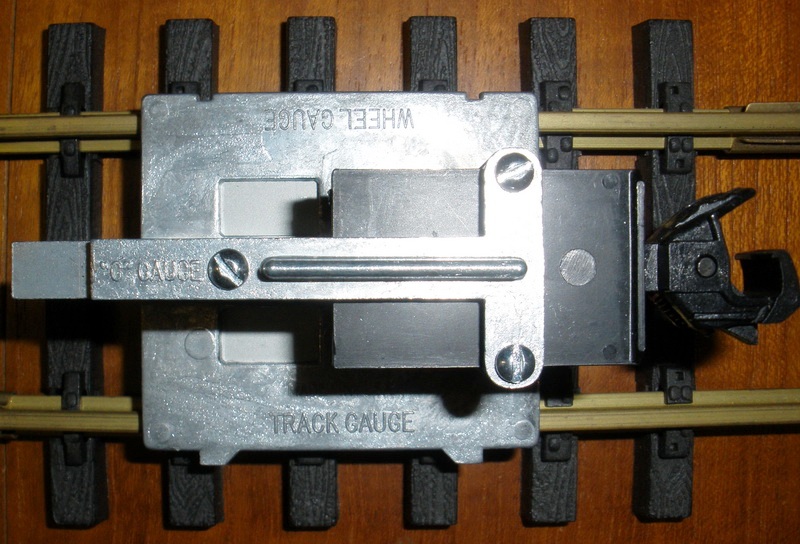 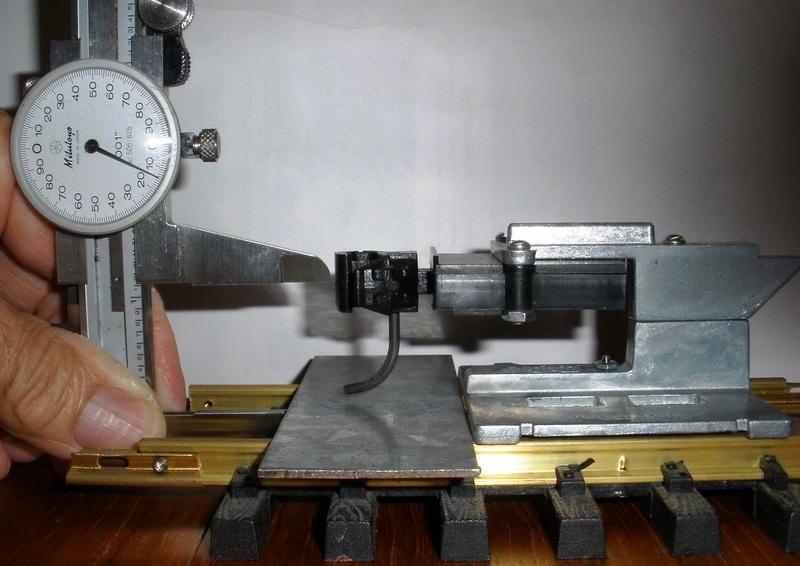 What I measured on this example Kadee 880 gauge was 1.115 inches to the casting seam of the coupler that I believe to be its center.

The Kadee "New Generation" model # 980 Gauge is the newer version of the 880 Gauge with the apparent difference being limited to its housing containing the newer, more prototypical, AAR type "E" Kadee 900 coupler.

The Kadee family of new "E" type couplers include draft gear box assembly models 906 and center set 907 that correspond to traditional respective models 830 and 789. They use the same respective gear boxes.

Shown below is the newer Kadee 980 Coupler Height Gauge on the left with the traditional Kadee 880 Gauge on the right. 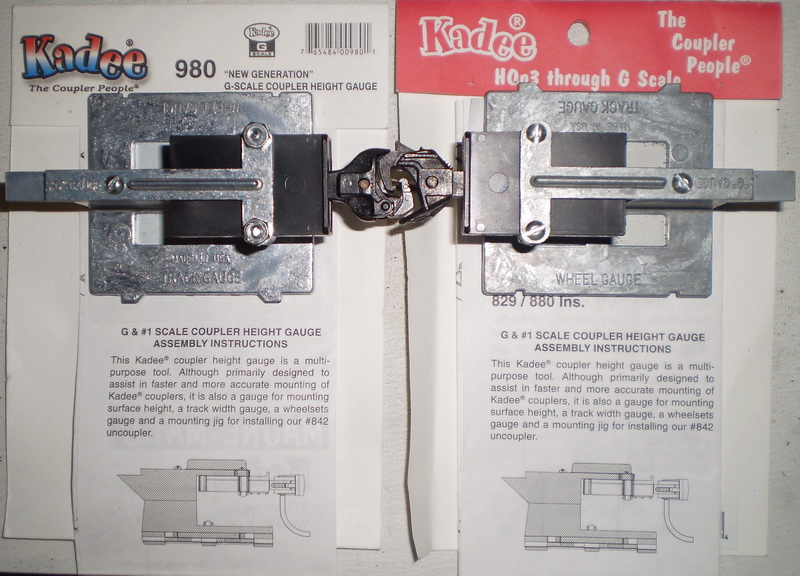 As can be seen, either of the gauges could be convered to the other by just changing the couplers or the gear box assembiles. 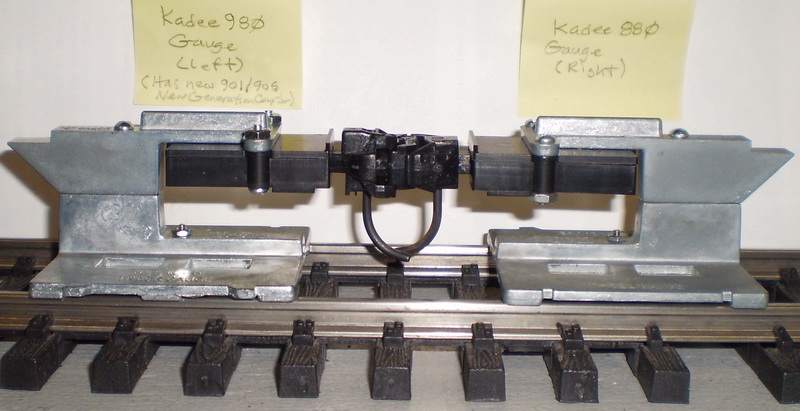 Shown below is a more direct view of the two gauges coupled together. 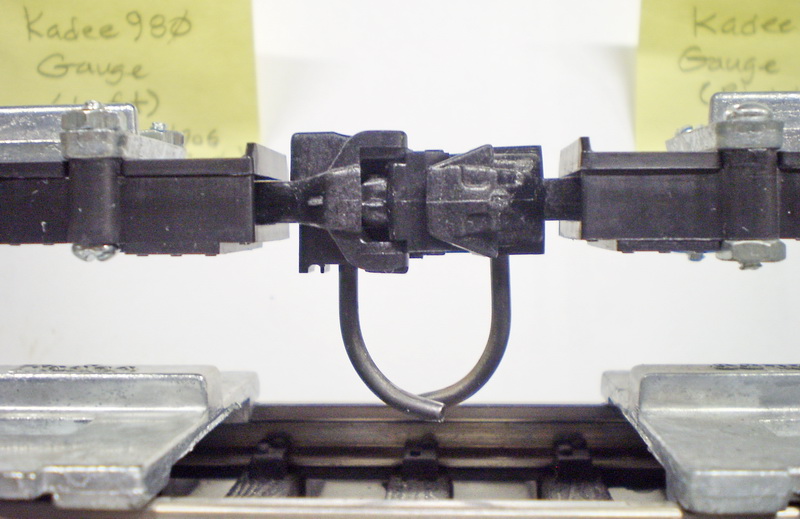