All the 60 foot USAT cars are of the cushioning type which is prototypical correct. When USAT first introduced these cars they had a big promotional about this feature. I believe the first prototype cushion type car in service was a 1957 Southern Pacific Hydra-Cushion 50 foot box car developed by Southern Pacific and Stanford Research Institute.

A Santa Fe Shock Control car appears to have been introduced in 1958. I think this was at first a modification to an existing 40 foot box car.

I have an Aristo-Craft Santa Fe 40 foot box car in the Shock Control livery.

There are several methods for "cushioning" the contents of a box car.

One way is a "cushioned underframe", where there is basically a sliding "subframe" on the car, and it transmits shock from one end to the other. The car is basically "suspended" on this "subframe" and isolated by shock absorbers, friction dampers, etc.

See this line on the actual workings of the Southern Pacific "Hydracushion":  https://www.carrtracks.com/sphc03.htm

And USA Trains has a car lettered to match:

Unfortunately, the model is NOT not of a Hydracushion car, it is of a car with cushioned draft gear. I don't know if you could tell on the prototype without climbing underneath.

The way the USAT coupler works is a cushioned draft gear, and it's only "cushioned" in one direction, inwards.

So, the model below is probably lettered in a way appropriate for how the model looks and works:

There is an actual, functioning "shock control" function in the coupler, and a special draft gear to make it work: (the picture below is a prototype) 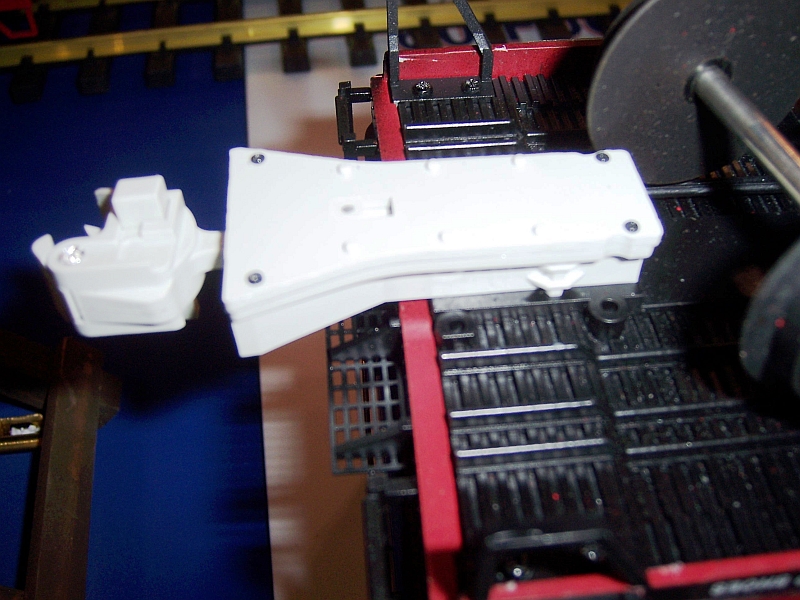 Just released in August 2011m here's the mounting pad from below: 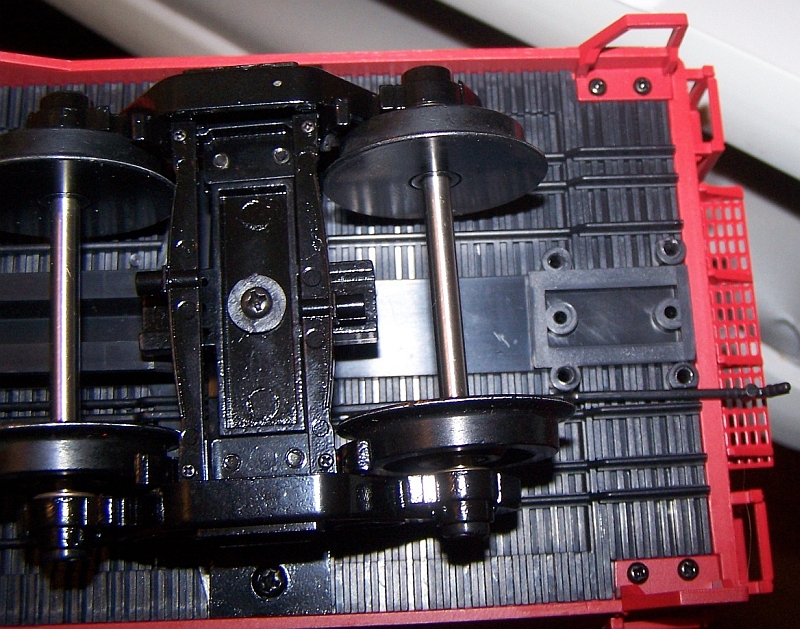 There is a mounting fixture, and then the "Y" shaped coupler box. See how the spring only acts in compression, and notice the 2 small centering springs either side of the coupler shank. 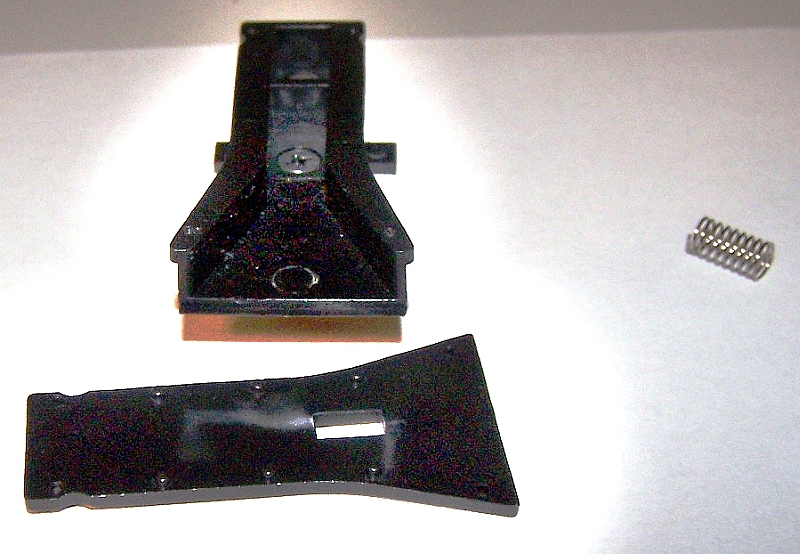 I would like to mount a Kadee, but preserve the motion of the model as constructed. The only long shanked Kadee coupler has a slot in the end, which won't work. The coupler shank is very thin, so not much meat to graft a Kadee to it...

Click the links below to go "deeper" into more information on this car: